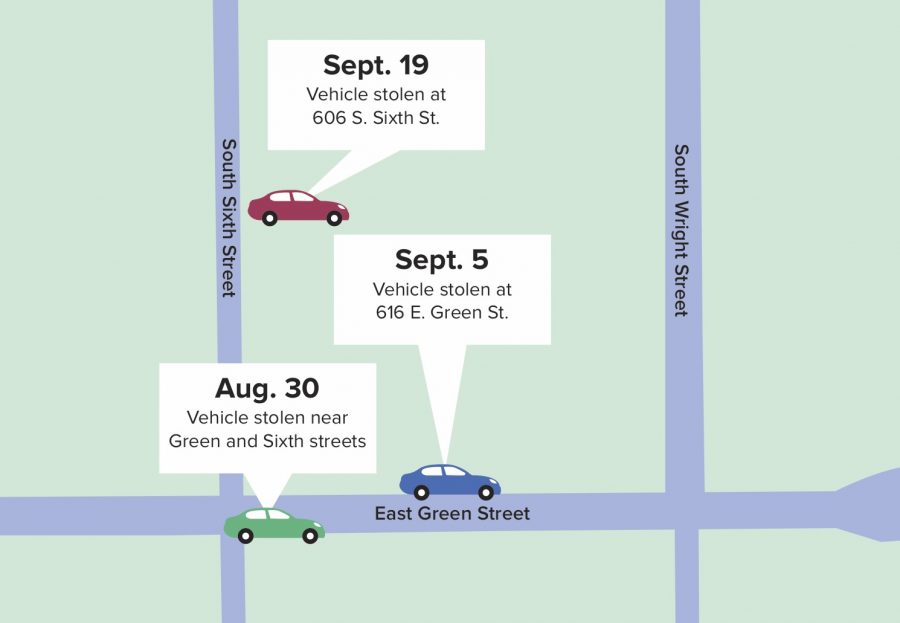 Three vehicles were reported stolen in Champaign over the past three weeks, according to a Campus Safety Notice sent to the campus community on Sunday.

All three vehicles were reported stolen near Green and Sixth streets in Champaign.

In at least one of the reports, the vehicle was left running and unattended, the safety notice stated.

“We are aware of additional reports of stolen vehicles in off-campus areas, though it is not clear if the incidents are related to each other,” University Police Chief Alice Cary wrote in the safety notice. “While we do not have reason to believe these incidents present a threat to anyone’s physical safety, we felt it important to issue this notice in order to prevent similar crimes from occurring.”

University Police encourage car owners to keep their vehicles locked at all times and encourage all to report any suspicious activities.

Other tips police encourage community members to follow include to watch belongings, lock doors, hide valuables or bring them with you and be alert.