Suspect arrested in February homicide that left one dead 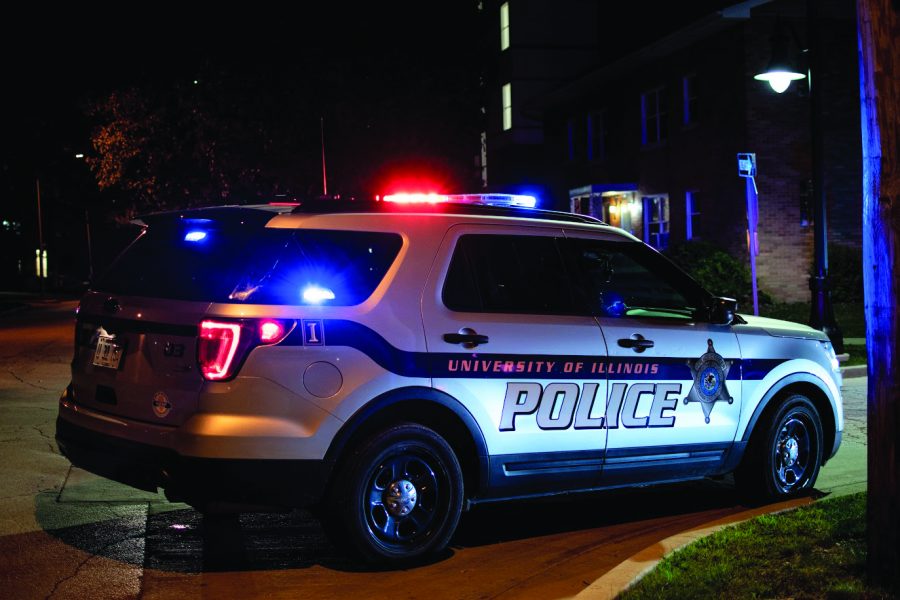 University of Illinois police respond to a call at the corner of South Third and East John streets on Sept. 29. A suspect has now been arrested by the Champaign Police Department for a murder committed in February.

An arrest was made on the charges of first-degree murder in the 1100 block of North James Street around 11 a.m. Tuesday. According to the Champaign Police press release, the 33-year-old suspect was located by the Champaign County Street Crimes Task Force and the United States Marshal’s Great Lakes Regional Fugitive Task Force.

The suspect was arrested for a shooting that happened on Feb. 3 around 3 a.m. Police responded to a reported shooting in the 1300 block of Mariner Way where they found an unresponsive man inside a vehicle. The 33-year-old victim was found with a life-threatening gunshot wound to the abdomen. The victim was eventually transported to a local hospital, but shortly died due to his injuries.

Champaign Police stated that although there was an arrest, the homicide remains under investigation and that anyone with additional information should contact the police department.