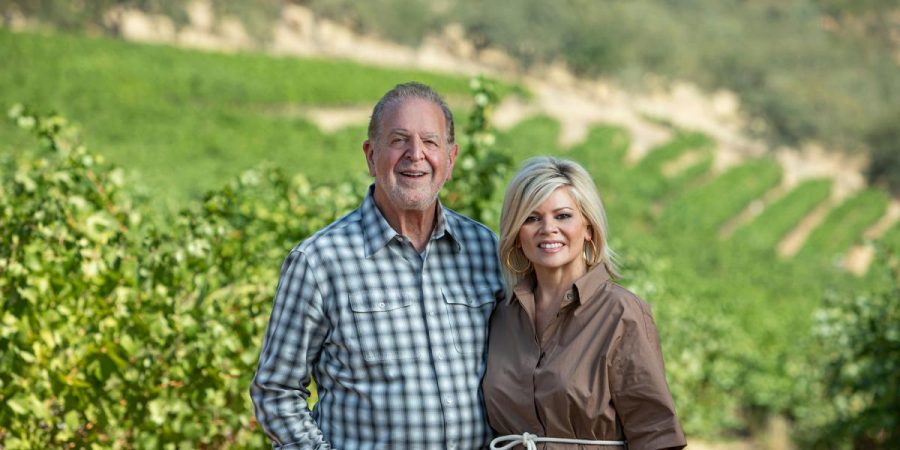 Photo Courtesy of University of Illinois College of Media

Richard and Leslie Frank pose for a photo at their vineyard. The Franks have recently donated $7.5 million to the College of Media

The University College of Media will soon be home to the Richard and Leslie Frank Center for Leadership and Innovation after a large donation by two generous alums. The $7.5 million donation from Rich and Leslie Frank is the largest monetary gift the college has ever received.

The University of Illinois Foundation announced the Franks’ investment into the University’s future of media Monday. The Richard and Leslie Frank Center will establish a learning ground full of opportunities for media students, especially those in journalism.

Outside of the establishment of the center itself, part of the money will be going to a new “state-of-the-art” broadcast facility in the Richmond Studio, along with the creation of two new rooms in Gregory Hall for additional media and editing space, along with new technology.

The donors have highly accomplished professional backgrounds with monumental credibility in the media industry. Leslie Frank is an Emmy-winner for her work as a broadcast journalist. Rich Frank is a former president of Disney Studios.

Rich and Leslie currently live in Napa Valley where they own a highly successful winery, Frank Family Vineyards. Although, they frequently visit the University to share their vast experience and advice with students in the Gies College of Business and College of Media.