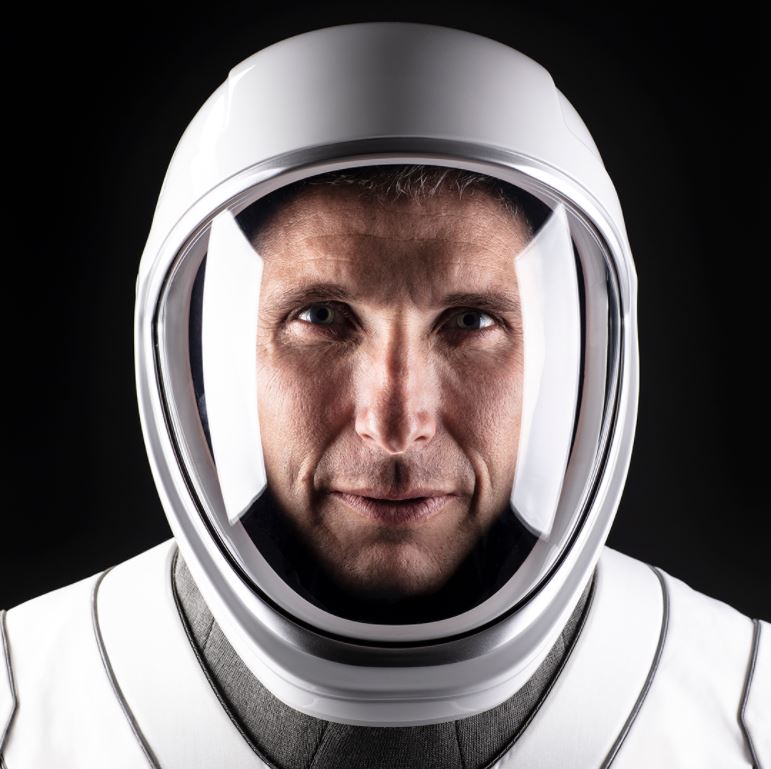 Astronaut Mike Hopkins poses for a headshot. Hopkins is an Illinois alumni and recently boarded the International Space Station as part of a Space X mission.

After a successful launch on the first ever NASA-certified commercial human spacecraft system, an international crew, including a former Illini, is on its way to the International Space Station.

The crew is made up of several NASA astronauts; former Illini Michael Hopkins, along with Victor Glover and Shannon Walker are joined by Soichi Noguchi of the Japan Aerospace Exploration Agency. The SpaceX Falcon 9 rocket propelled the Crew Dragon spacecraft into orbit to begin a six-month science mission aboard the space station.

This international crew of astronauts was part of a successful launch on the first NASA-certified commercial human spacecraft system in history. The Crew Dragon spacecraft is named Resilience to highlight the dedication of the teams involved with the mission.

The mission objectives include conducting science and maintenance, delivering more than 500 pounds of cargo, science and research investigations including Food Physiology and testing a new system for heat removal from NASA’s next-generation spacesuit.

“They also will conduct a variety of spacewalks and welcome crews of the Russian Soyuz vehicle and the next SpaceX Crew Dragon in 2021,” NASA said.

Hopkins, the spacecraft commander of the prime crew, graduated from the University in 1991 with a Bachelor of Science degree in aerospace engineering. He also played defensive back for Illinois football during his time at the University.

Hopkins earned a master’s in Aerospace Engineering from Stanford University in 1992. Later on, he pursued a career in the military until he commenced astronaut training. He was selected by NASA as an astronaut in 2009 and is currently serving as commander on the Crew-1 SpaceX Crew Dragon. He will also serve as the flight engineer on the International Space Station for Expedition 64.

“I’m a huge fan of Mike Hopkins,” said Erika Jarosch, junior in Engineering. “Every student in our department just thinks he is the coolest person ever. He went here 30 years ago and we all still hear stories of his reputation for having an incredible work ethic and spirit.”

The alma maters of the astronauts were recently featured in the livestream for Crew-1 SpaceX Crew Dragon, which included University Aerospace Engineering students.

“Our departmental coordinator for communications reached out to me and asked to help organize a group of students who were excited for the launch. NASA had reached out to her with the idea to record ‘good luck’ messages from students at each of the astronaut’s alma maters,” Jarosch said. “It was awesome,” she added, when talking about the experience of getting featured with all of her friends.