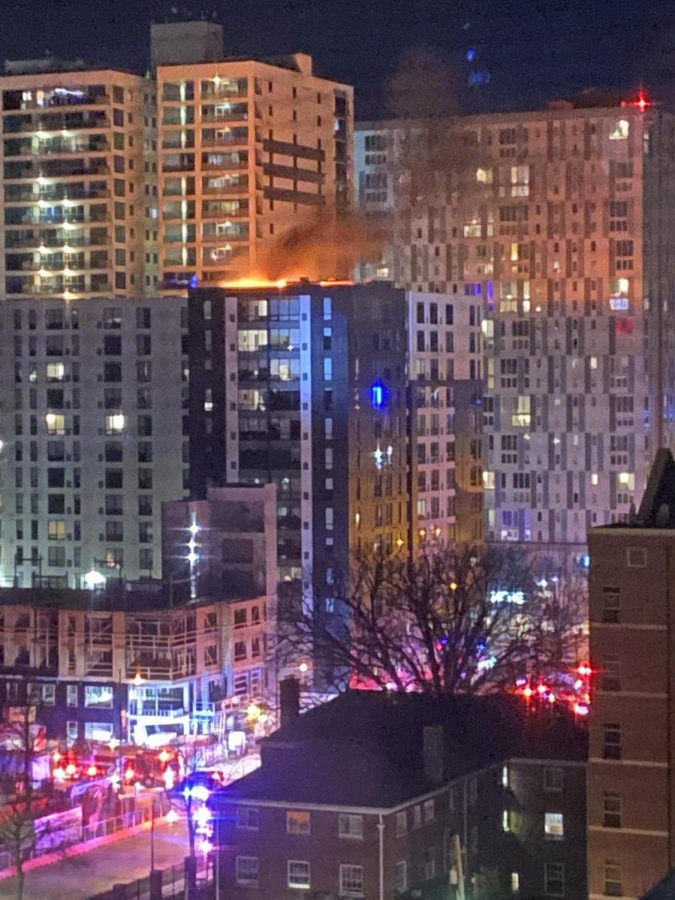 At 3:02 am this morning, 10 firefighters from the Champaign Fire Department responded to multiple fire calls at 707 S. Fourth St.

Forty minutes later, the fire crew was able to contain and extinguish a heavy fire on the roof of the 14-story apartment building, called SevenO7.

The source of the fire is still under investigation. There have been no reports of firefighters or civilians injured. However, the occupants of two apartment units will be displaced as a result of water damage.

The Champaign Fire Department recommends all citizens to practice a home escape plan.

“If you live in a high-rise apartment, know the locations of all available stairs in case the nearest one is blocked by fire or smoke,” said the Champaign Fire Department in a media release.

The UIUC police did not release information about this incident.