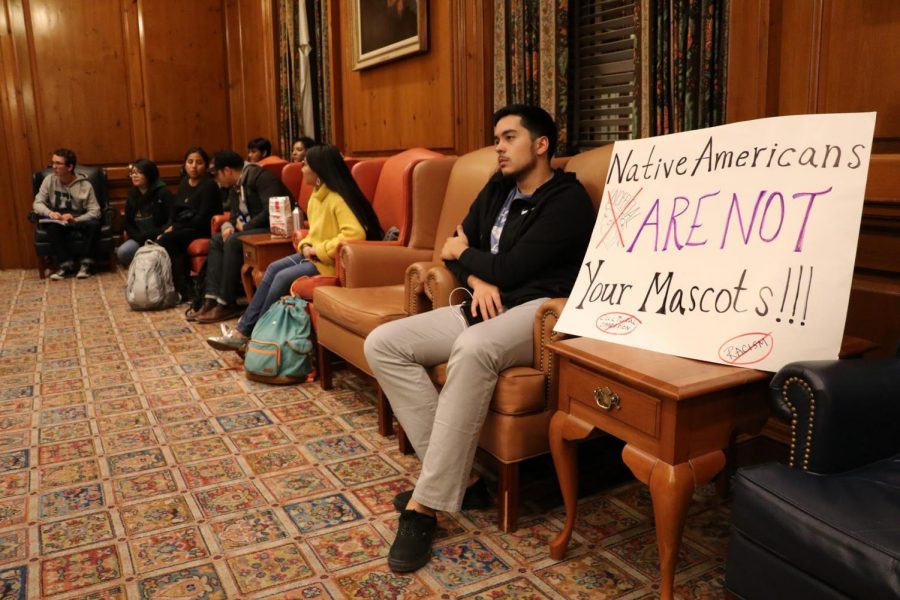 On Friday, the University announced a new plan that it intends to implement regarding the institution’s relationship with Native and Indigenous peoples in the U.S.

Among the changes announced, the University states that beginning Fall 2020, students attending the University who are members of a federally recognized Tribal Nation will pay the same tuition rate as in-state students.

Additionally, the University plans on establishing the “Illinois Spirit & Traditions Council,” a new student council, to develop new traditions and imagery for UIUC.

“Developing reciprocal, mutual relationships with these Native Nations is integral to our responsibility as an institution,” said Chancellor Robert Jones in a Massmail.

These changes came after a decades-long controversy over the University’s use of Native imagery, such as the now-retired Chief Illiniwek, for sporting events and as symbols of UIUC.

In 2005, the National Collegiate Athletic Association identified Chief Illiniwek as a symbol that was “hostile or abusive” towards Native American culture and customs. The University retired the symbol in 2007, but it still made unsanctioned appearances for years afterward.

After an incident regarding the symbol in 2018, Jones appointed the Commission on Native Imagery which delivered a report “focused on healing and reconciliation, establishing new traditions and strengthening relationships with Native Nations.”

This culminated in the University’s recently released plan regarding its relationship with Indigenous peoples.

Additionally, the University is also working to repatriate its collection of Native American remains and cultural artifacts to tribal communities, which is required under the Native American Graves Protection and Repatriation Act.

Moreover, the University hopes to strengthen its relationship with the Peoria Tribe of Oklahoma, increase the number of Indigenous faculty, and develop an accurate history of the University’s use of Native symbols.