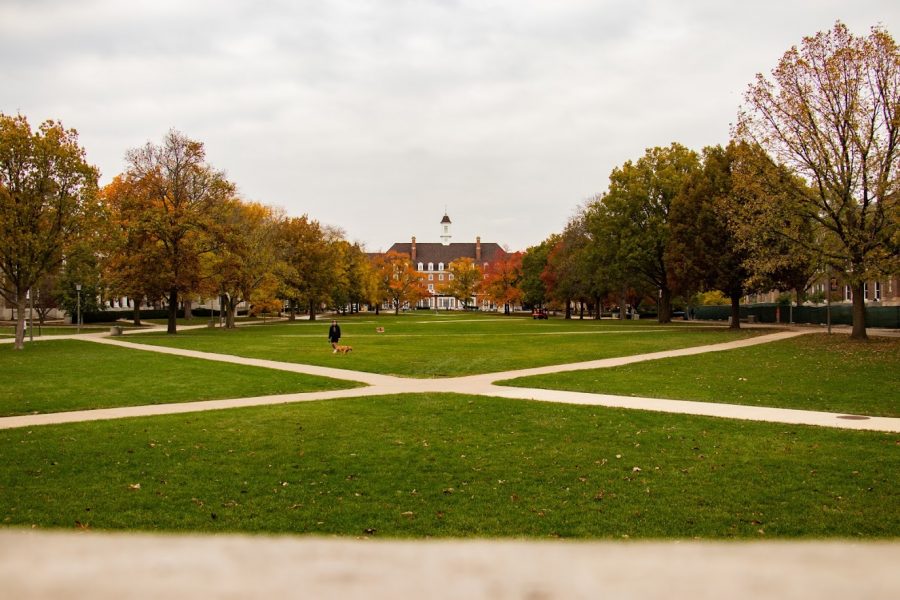 The Illini Union stands at the end of the Main Quad on Oct. 29. Nine presidents of Illinois public universities have signed a letter seeking additional COVID-19 relief.

It has been almost a year since the beginning of the pandemic and 10 months since the university began to receive support relief from the federal and state governments. Over these months, with football and basketball games canceled, residential housing capacity reduced, and a reduction in student fees, the fiscal impact caused by the pandemic is well over $225 million for UIUC.

With such a financial impact over these past few months, nine presidents of Illinois public universities have signed a letter seeking additional relief.

Soon after the pandemic began, many students faced financial hardships and no longer had access to the university’s support including Amartya Shah, sophomore in LAS.

“This pandemic affected me a lot financially during the early months as I had to adjust to online classes. As my parents also struggled quite some time with their jobs and as bills quickly came, it took a toll on me,” Shah said.

“This aid came from a combination of federal funding from the CARES act along with institutional aid to provide support to students,” said Paul Weinberger, Director of Federal Relations. “The total amount awarded was $15,724,089 (from federal aid) and $3,576,930 (institutional aid).”

The University has over $2.35 billion in reserves in the form of endowment funds. About 98% of this total has restrictions imposed on it, said Weinberger. Just recently, however, the CRRSAA bill was passed giving $44.6 million to UIUC. $15.7 million of this was set aside for students and UIUC is currently awaiting guidance from the U.S Department of Education on just exactly how funds will be distributed.