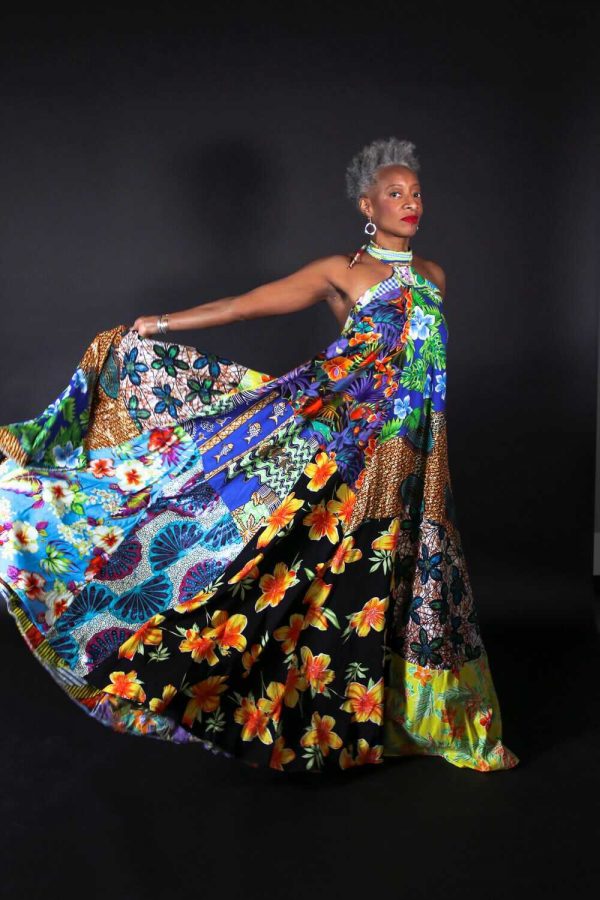 The United States Artists funding organization has announced that one University professor, in addition to 59 other individuals, have been awarded the organization’s 2021 Fellowship. These prestigious fellowships of $50,000 are bestowed upon artists in 10 disciplines: architecture & design, craft, dance, film, media, music, theater & performance, traditional arts, visual art and writing.

The recipients of this fellowship represent artists ranging from diverse backgrounds. The award targets not only artists from emerging backgrounds but also artists that are fully committed in their careers, as well as those anywhere in between, according to Lynnette Miranda, program director of the United States Artists organization.

For Cynthia Oliver, dance professor in the College of Fine and Applied Arts and recipient of the fellowship, the U.S.A. Fellowship is extremely unique because it avoids financial conduits and instead transfers the unrestricted $50,000 directly to the artist, thus allowing them to use the funds without restraint or under strict guidelines.

“It’s one of the few in the nation that trusts artists and gives them money directly as opposed to forcing us to have to go through a fiscal conduit to get financial support for our work,” Oliver said. “What often happens with the financial conduit is that they take money off the top for the administration of the support. So even if all they do is collect money from an organization, print the check and hand it to you, they might take 5% or 2% percent.”

Miranda echoed similar sentiments, emphasizing the unrestricted nature of the U.S.A. fellowship as an incredibly important characteristic of the program.

“We don’t require them to spend it on a project or we don’t require them to tell us what they’re spending it on and report on it,” Miranda said. “They can definitely spend it for their own practice, whether it’s buying equipment or paying studio assistants or maybe establishing a physical studio space, but they can also spend it on anything else they want. Maybe they want to put a deposit on a home and so forth.”

The recipients were selected as winners through a methodical year-long process that begins with a nomination.

“We invite folks from all over the country to nominate artists that they think could be a real contender for this award,” Miranda said. “Every year we change those people. We really want to get everyone involved. So it’s not just folks that are at the very top of an organization; it’s also folks that are the program managers or the folks that are working with the artists day to day.”

Following the nomination process, artists are invited to apply through a simple application consisting of two short answer questions, a portfolio of around 15 work samples and a short written biography. The application is centered around three conceptual ideas that the organization looks for: artistic vision, impact and momentum. A panel for each discipline is then created, hosting three experts per panel that convene and judge the applications.

Oliver, who has been part of the University dance department since 2000, is one of five individuals that received the fellowship on Feb. 3 for the discipline of dance. Her work within the field of dance revolves around theater works, which are performance productions that use dance as the primary form of expression alongside other forms like theatrical production, text, visual art and fashion.

“I’m always interested in a broad vision of a particular subject matter,” Oliver said. “I’m interested in Black life. I’m a very proud Afro-Caribbean person, and so that is an element in my work all the time. I’m interested in Black genius, the ways in which we navigate the world and manage very difficult circumstances in some of the most creative ways on the planet.”

With the funding provided by the United States Artists organization, Oliver is currently deciding on pursuing one of three projects.

The first project involves taking the time to complete her second book, which centers around the Black avant-garde through the lens of dance during a particular time period in New York. The second project involves furthering her 2019 project titled “Tether” that was created in honor of the 50th anniversary of the University dance department. The third project involves creating a site-specific work on a plantation in the Virgin Islands where one of her first African ancestors was enslaved.

“One of those three things I will do,” Oliver said. “I haven’t figured out which yet. This is relatively new information, so I’m just going to kind of let it percolate and see which rises to the surface.”

In addition to working as a dance professor at the University, Oliver also serves as an associate vice chancellor for research and innovation in humanities, arts and related fields.

“(The position) allows me to advocate for humanists, artists and folks in other related fields across the entire campus to help them realize their projects and research and to find money and other kinds of support that they might need.”

Besides producing her own works, Oliver recognizes that is also still a performer. She attributes a lot of the impact of dance on her work and the performing arena to individuals she has worked alongside.

“Tere O’Connor and the dance department, Deke Weaver and Art and Design–I’ve performed in both of their works, and I’ve enjoyed that tremendously as well as doing my own,” Oliver said.