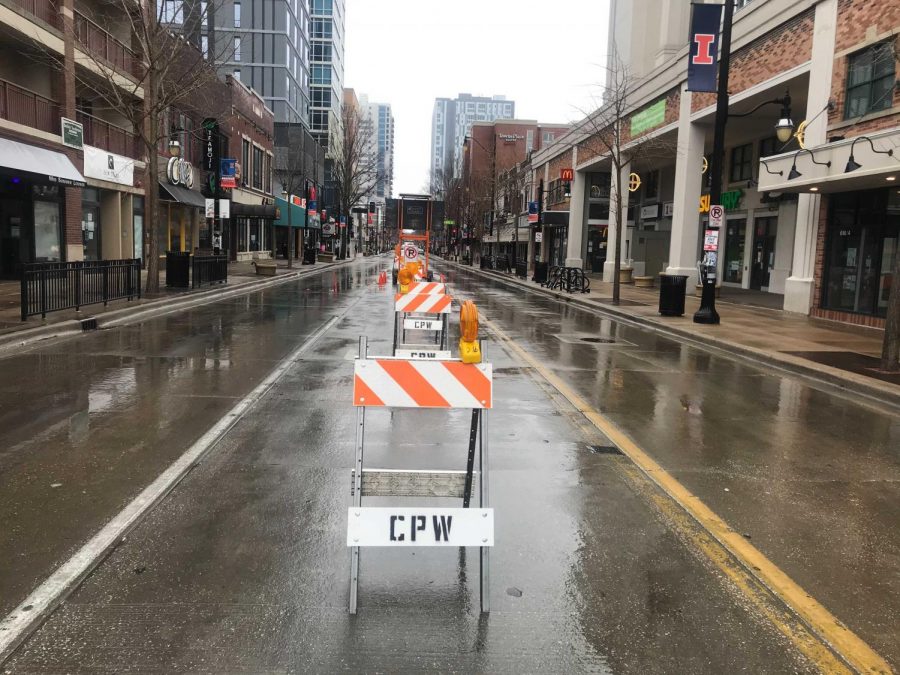 Road barricades sit on the middle lane all down Green Street. The City of Champaign has implemented new rules to prevent illegal parking on the street.

On Friday, The City of Champaign began implementing their plans to prevent illegal parking along the 400-600 blocks of Green Street in Campustown.

Champaign Public Works placed barricades and additional no-parking signs in the center turn lane to remind drivers that parking and standing in the roadway is not allowed.

The city has also removed pickup zones on Green Street that were temporarily setup for takeout during COVID-19.

Champaign promised to “increase patrols in the area to advise motorists of parking rules” and to ticket and/or tow vehicles that are illegally parked in the roadway.

The changes aim to “reduce the chances of vehicular-pedestrian accidents.” Outside of delivery drivers and pickup locations that were set up early in the pandemic, parking in these Green Street zones wasn’t ever legal.

For unloading and dropping packages, drivers are recommended to park on nearby side streets, like Wright, John, Fifth and Sixth streets.