Classics department hosts performance of “The Suppliants” around modern issues 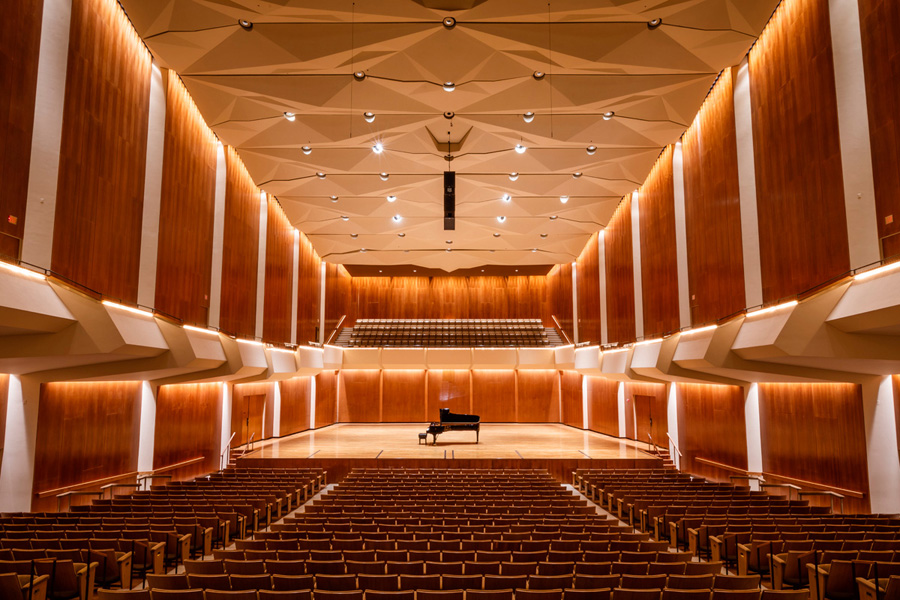 Photo Courtesy of University of Illinois

The performance hall of the Krannert Center for the Performing Arts sits empty between performances. The Department of Classics helped fundraise a performance of “Supplicants.”

While the Department of Classics may not seem like a department oriented towards the present, their recent partnership with the European Union Center showed just how relevant their area of study can be to modern issues.

On March 5, members of both departments fundraised a performance of Aeschylus’ “The Suppliants,” along with a panel following the show, which discussed the issues of immigration and gender, which the ancient Greek tragedy touches on.

The performance was hosted at 2 p.m. by the Out of Chaos Theatre Company over Zoom, with actors from London to Crete acting out the Danaids’ plea for refuge from forced marriage.

Professor Angeliki Tzanetou, associate professor of the Classics at the University of Illinois and a key leader in the project, described how “The Suppliants” is a play already written to discuss issues of immigration in the context of ancient Athenian democracy.

“Even though there is this kind of distance, that distance is bridged because the myths in the Athenian theater were told in a way that brought and dealt with contemporary issues,” Tzanteou said.

Those issues of how democracies deal with immigration, are just as relevant to modern democracies in Europe and the Americas, said Emanuel Rota, director of the European Union Cwenter and another key leader of the project. As an associate professor in the Department of French and Italian, Rota saw this collaboration with the Classics department as a step towards connecting emotionally with issues of immigration, as well as with issues of gender.

“These women prove to be not just passive victims, but also people capable of taking their destiny into their own hands,” Rota said of the Danaids.

The panel after the play included local immigration activists such as Gloria Yen, director of the New American Welcome Center at the University YMCA, as well as Hellen Gerolymatos MacDonald, a clinical associate professor in Social Work who leads a study abroad program in Greece focused on issues of refugees, asylum and displacement.

The cast and director of Out of Chaos Theatre Company were also a part of the panel, giving insight into their interpretation of the play as well as discussing the issues it presents, connecting between the conflicts of play and reviewing its modern parallels.