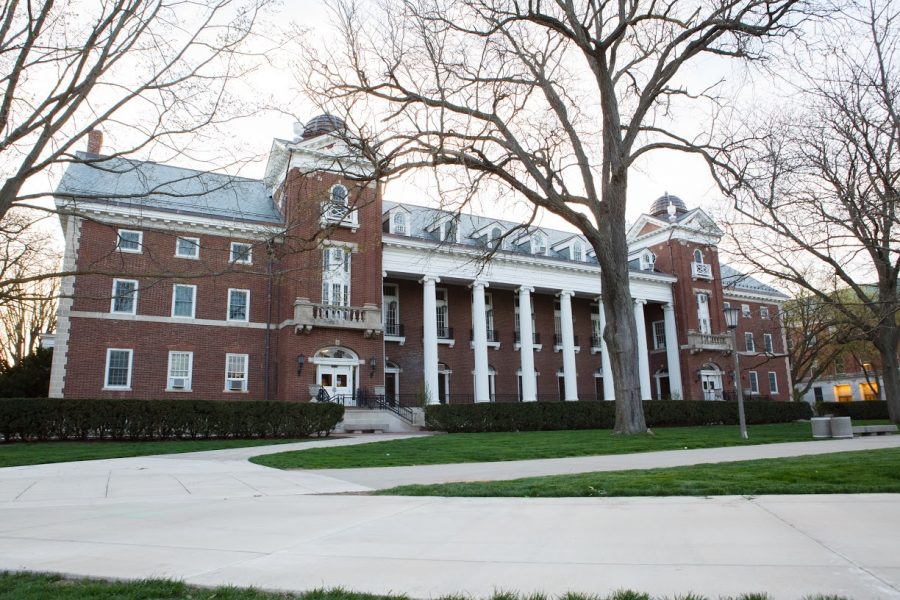 Students in the Graduate Employees’ Organization have concerns about an upcoming speaker event with a professor from the University of Chicago who has an allegation of sexual harassment against him.

The speaker discussion with University of Chicago Professor Dipesh Chakrabarty will take place on Monday via Zoom, moderated by Susan Koshy, associate professor in English and director of the Unit for Criticism and Interpretive Theory. The Unit is hosting the discussion.

“We’re concerned about the psychological and physical safety of all members of the campus community,” Emily Wros, master’s student in Information Sciences and GEO representative, said.

The GEO released a statement on Saturday calling for the University to cancel the talk and issue an apology.

“The GEO believes that there are no scholarly contributions that are important enough to excuse abusive behavior,” the statement reads.

Wros said there are many concerns among students in the GEO and that requests to cancel the event have been denied.

In an email, Koshy said the Unit treats allegations of sexual harassment “with the utmost seriousness and care.”

She wrote there are procedures to address these concerns and “spaces of dialogue to explore these issues in their full complexity.”

Koshy wrote that her own personal experiences with sexual harassment and gender discrimination have shaped her as a person, scholar and leader. Focusing on issues of race, gender and sexuality in all conversations is one of her “her deepest commitments,” she wrote.

Wros said these concerns were initially brought to the GEO’s attention by a colleague in the organization who chose to stay anonymous due to fear of retaliation.

Advith Govindarajan, doctoral student in LAS and GEO representative, said when some people brought up this issue in the Unit, they were afraid to go further due to pushback from professors in the Unit.

“There needs to be a different culture in that Unit in particular. We need to look into why people are afraid of retaliation for bringing these things up,” Govindarajan said.

Christine Fair, professor at Georgetown University, alleged in 2017 that Chakrabarty sexually harassed her during her time as a student at the University of Chicago in 2004.

Koshy wrote that those accused of such allegations deserve a fair investigation and in Chakrabarty’s case, no policies were violated during a 2018 investigation through the University of Chicago.

“That said, we know the outcomes of such processes are imperfect,” she wrote. “These remain difficult issues that deserve care and consideration, and the Unit believes the best way to navigate them is through open and transparent dialogue.”

Wros said it’s rare for such allegations to be false because there are no advantages for victims to go forward.

She said there are implications for the department, the school and academics in general if allegations are dismissed because reputations can dissuade students from pursuing a certain degree.

A similar situation happened at the Australian National University in 2018 with a speaker event involving Chakrabarty. Over 150 students signed a petition to cancel the talk but the event went ahead.

Wros said the Unit’s decision to go forward with their speaker event sends a message to sexual abuse survivors and victims that these allegations will not be believed by University faculty and administration.

“I feel like there is an implied threat to elevating and celebrating rapists and harassers,” Wros said. “It sends the message that at the end of the day, the students don’t matter, that survivors of this type of abuse don’t matter.”

These issues of sexual misconduct and fears about coming forward to the University are not exclusive to this department, Govindarajan said.

He said there are likely thousands of situations in which graduate students face harassment, but the GEO only hears about a dozen cases a year, which is indicative of a larger issue among the student body.

Govindarajan said he’s not asking for the University to anticipate all the needs of students, but to listen when such issues come up.

These issues affect all students at all levels and to solve them, it requires people mobilizing together, Govindarajan said.

“The only way we can affect systemic change in the University is when we have organizing, not only with grad students, with undergraduates, with staff and faculty,” he said.

Sarah Colomé, director of the Women’s Resource Center said in an email there are a variety of resources available for students and employees of the University when dealing with sexual misconduct.

“While the harm may not have occurred here, the need for support and healing are still just as real,” Colomé wrote.

Confidential advisors are available to talk with anyone, she wrote. Information on accessing these services can be found on the center’s website.