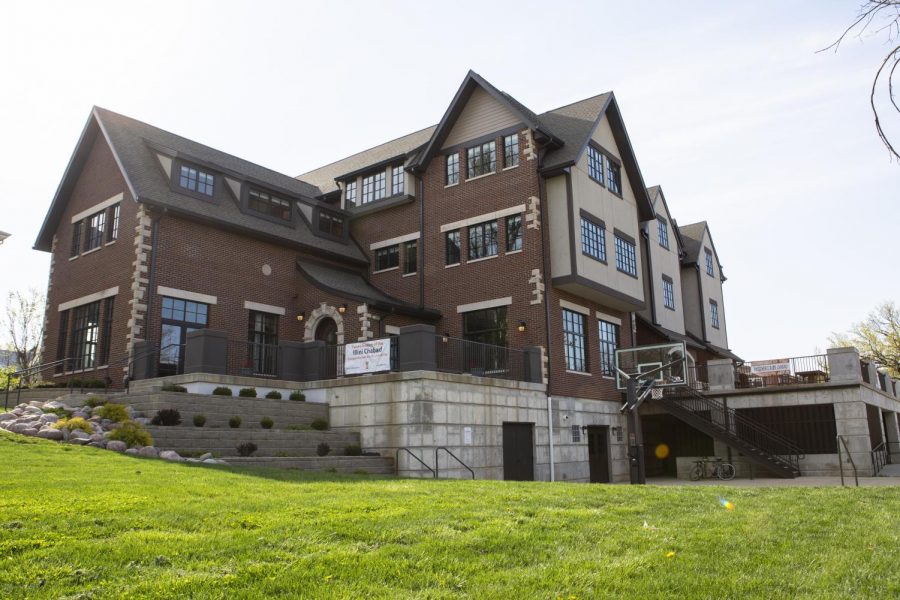 The Illini Chabad sits quietly at 209 E. Armory Ave. in Champaign, Illinois Sunday morning. The University will be opening the Illini Chabad in the fall, which will be the first campus-affiliated housing option for Jewish students.

The University will be opening its first campus-affiliated housing option for Jewish students in the fall.
The Illini Chabad property, a former fraternity house built in 2017, will be accessible as resident options for Jewish students in the upcoming fall semester.
While the house is catered to Jewish students, it is open to non-Jewish individuals as well. The Illini Chabad consists of 32 two-bedroom suites, study rooms and more.
This project was put in motion after the University released a Joint Statement on anti-Semitism in which they committed to having an inclusive community with no tolerance for hate.
While the University created an advisory council to combat anti-Semitism on campus, this housing option was made to give Jewish students more of a comfortable community.
The building was purchased about a year ago from Chabad Center for Jewish Life and has been running programs for Jewish students. Their prior location on campus differs from this one because it did not provide opportunities for on-site living, an action that will go into full effect by the fall.
Lauren Ramshaw, manager of the residential aspect of the Illini Chabad, discussed the timeline of getting the housing option in motion.
“It moved pretty quickly but it’s been close to two years since the University’s discussion to consider the private housing option,” Ramshaw said.
According to Ramshaw, the University has shown full support for making the Illini Chabad a part of the private housing options on campus.
Ramshaw mentioned the many luxuries that will be included in the housing option for the 32 students who decide to live there.
All rooms will come with a flat-screen TV and brand new furniture. There will be housekeeping twice a week and complimentary snacks and beverages in the lounge for students to feel at home to create a concierge-style living environment.
“We like the smaller population that’s more personalized, making it feel like a tight-knit community versus a 700 person dorm,” Ramshaw said.
The house was originally built for Lambda Chi Alpha when they were on campus, then was purchased for $5.5 million dollars. While the former frat house has a capacity for 76 students with bunk beds in each room, Illini Chabad decided to keep one student per room to enhance the experience.
“Because of its size being limited to very few residents, we were able to do a lot more things with the building,” Ramshaw said.
When being asked to compare the Illini Chabad to other faith-based housing options like Newman Hall, Ramshaw mentioned the disparity in size between the two locations.
“We are much smaller than Newman,” Ramshaw said. “Newman can house 100 students and we only have 32 beds, but we have the same idea.”
Just as other University-affiliated housing, the Illini Chabad will have residential advisers in the same hall for student support if needed.
The Illini Chabad is expected to be full for the upcoming year with 32 students. They currently have six students registered to live in the housing.