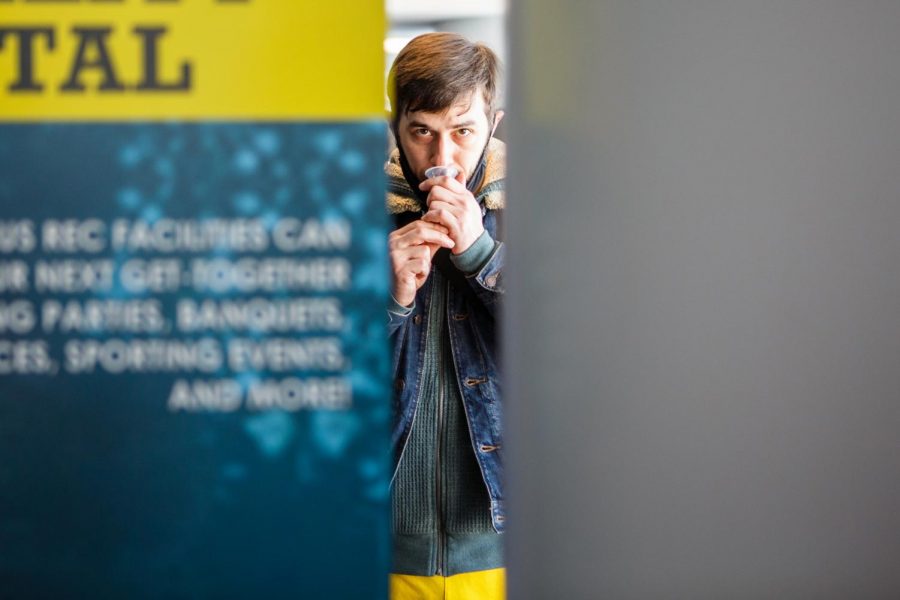 How do you persuade someone to take advice they’ve been hearing for nearly 14 months?

That’s what Rebecca Lee Smith, the University’s resident epidemiologist and associate professor, is grappling with in her presentations to faculty.

The University has announced ambitious plans for a mostly in-person fall semester, and Smith has been tasked with advising professors on best practices for the fall, which they can relay to students.

Every week she approaches a new, hot-button virus topic, like variants or reinfections. Yet on nearly every one of her slides, a familiar, four-part mantra: keep testing, keep your mask on, keep distancing and keep gatherings small.

So, more than 32 million U.S. COVID-19 cases later, how do you get the mantra to stick? Smith preaches the art of the “nudge.”

“Everyone knows what they’re supposed to be doing,” Smith said. “Sometimes, they just need reminders.”

For the most part, the University and Champaign-Urbana community has heeded this advice. Spring semester hasn’t seen the spike in cases that led the University to limit student activities in the fall, and Champaign County is near the top of the pack in vaccination rate.

But the virus is tricky, unpredictable and the staff who maps out the rooms and schedules of each University class put off fall planning for as long as possible.

Normally, they would’ve had a good idea of class placement by late January, said registrar Meghan Hazen. This time, student registration was about two weeks later than normal.

The Centers for Disease Control and Prevention haven’t given any strict class capacity guidelines to work with. A 50% or 70% capacity limit would’ve made the room process far easier. Instead, facilities and services employees have to manually measure out all 243 classroom and building spaces, and how many students can fit the 6-foot distancing limit.

And yes, Hazen has seen the Reddit estimates of what percentage of classes will be in-person. The Registrar has no specific figure — these calculations depend too much on whether one calculates by classes alone or factors in class size.

“The vast majority of our classes are going to be face-to-face,” Hazen said. “It’s definitely a true statement.”

Understandably, many students are excited for the change. Michelle Jun, a junior in computer science, knows her major makes online school easier: She’s glued to a computer most of the time anyway.

But after two semesters with zero in-person classes, even she can crack under the pressure.

“I would like to see a bit more structure, I think right now everyone’s a bit all over the place,” Jun said. “Sometimes, I’m not gonna lie, I’ve missed homework assignments because I’m not in-person and I forget a class is happening.”

Her senior year schedule is replete with in-person lectures and higher-level courses. Jun’s chance for “normal” final semesters, where she can resume her club swim meets, are looking more likely than ever.

After all, with nearly 10,000 tests processed per day, and a local vaccination rate approaching 50%, could the virus upset the University’s near-perfect plan? It could, even if it’s unlikely.

Class registration ends May 5, but when that ends, the school will still be “on pins and needles” to see if cases and deaths get better or worse, Hazen said.

Fatigue is a huge factor. According to recent data, Smith said, the University is seeing people who are newly infected who haven’t tested for weeks, even a month, who are supposedly living in town.

Looking to a few population centers outside the U.S., it’s evident how bad things can still get.

Or even Peoria, Smith said, which is dealing with an outbreak of P.1., the COVID-19 variant first identified in Brazil. It’s believed this variant poses a greater risk of reinfection, one that could even hurt vaccine effectiveness, though that phenomenon still needs study.

There needs to be enough “breakthrough infections,” or vaccinated people testing positive for the virus, for vaccine efficacy to be understood. These samples must then be sequenced for the current collection of known variants, which takes time and resources.

Even then, researchers can’t fully know who’s being exposed to the virus. Just who’s testing positive, which makes the variant vs. vaccine calculations even murkier, and waiting for answers that much more difficult, Smith said.

“We won’t know something’s a problem until it becomes a problem,” she said. “Which is a problem.”

University researchers have data in this area: because of the widespread campus testing, they know that among confirmed campus reinfections — which constitute 3% of all cases this semester — a higher proportion contain the B.1.1.7 strain than first time infections, which is concerning.

That’s not to say there’s nothing to celebrate, though, Smith said. Epidemiologists often have to bear bad news. Champaign County and the University still seem poised for a safe fall semester, with no known virus transmission in classrooms, and a willingness to pivot if necessary.

Smith herself plans to teach her graduate class, PATH 517: Principles and Methods of Epidemiology, in person.

“I’ve heard that being an epidemiologist means never having to say you’re certain,” she said. “But I’m hopeful, at least, and that’s good, because there was a while when I was not hopeful.”