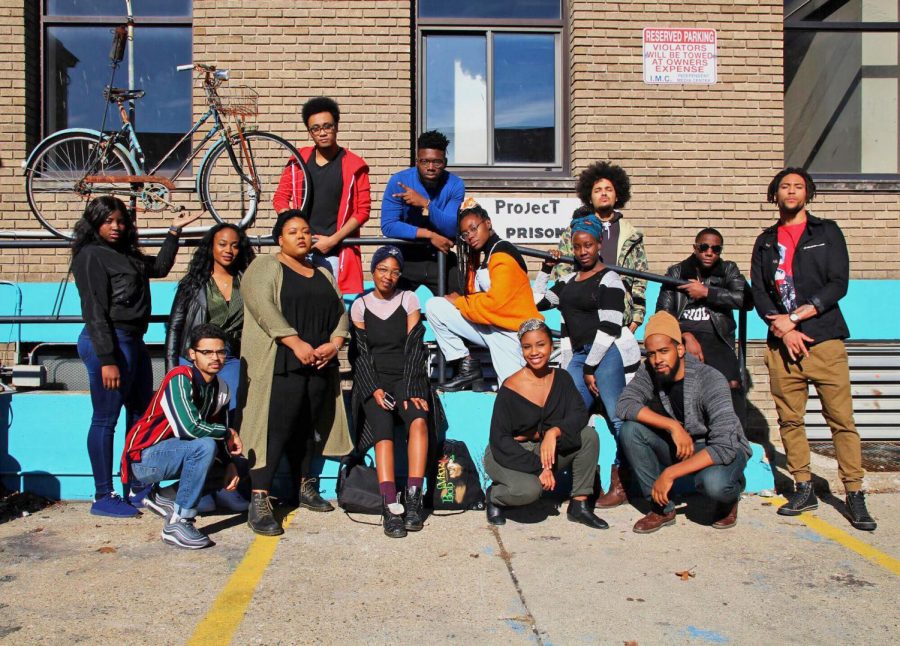 Members of the organization Black Students for Revolution pose for a photo. The organization recently called out the University on their silence regarding police shootings.

In the wake of recent police shootings, the local Black Students for Revolution organization issued a statement to the University about its silence.
Specifically, the organization called into question why there had been no University statement about Daunte Wright, Adam Toledo or the start of the trial of Derek Chauvin.
BSFR encompassed many things in the statement published on April 18, discussing Black and Latinx underrepresentation on campus, University Housing putting the multicultural advocate program on hiatus and the lack of student involvement in this decision making.
“We’re not in those spaces helping make those decisions,” said Madison Jackson, senior in LAS and a member of BSFR. “If they really cared about what the students think about their lack of diversity and inclusion, then they would have more student input in those spaces. But we’re not in those spaces and so they’re coming from a very elitist perspective.”
The statement also expressed frustration with the large number of Massmails regarding COVID-19 vaccine appointments in comparison to the small amount of Massmails addressing “incidents of systemic violence.”
In April, the University issued 10 Massmails about vaccination eligibility and one regarding racism as a systemic issue. That Massmail addressed the verdict of the Derek Chauvin trial.
As of Sunday, there has yet to be a Massmail about Ma’Khia Bryant, a 16-year-old girl who was killed by police in Columbus, Ohio on April 20, two days after the BSFR statement was released.
Events off campus may have spurred the statement by BSFR, but issues of policing and racism aren’t foreign to the University campus. In 2019, a noose was found in Allen Hall, causing student outrage.
According to University of Illinois Public Department data and Illinois Newsroom, between 2016-2019, 54% of all people taken to jail by UIPD were Black. In 2019, Black people were 4.4 times more likely than white people to be stopped by UIPD, according to an Illinois Department of Transportation study.
Dimitri Love, senior in LAS and another member of BSFR, talked about some of the difficulties of being a Black student at a predominantly white institution.
“You’re not represented at a PWI,” Love said. “Representation matters a lot, whether people fail to realize it or not. When certain things like (police shootings) happen within this country, because it’s bound to happen again, you have professors that are not as susceptible to what the traumas bring.”
BSFR ended the statement with a list of demands to the University. The demands included things like strategies to defund UPID, mental health days for students impacted by policing, increased funding to cultural houses and a call for “Project 1000,” an initiative to substantially increase the number of Black students on campus.
Since the murder of George Floyd last May, the University has released some initiatives to address systemic issues on campus. In July, Chancellor Robert Jones created the Office of the Vice Chancellor for Diversity, Equity & Inclusion. According to the Office’s website, Jones has promised $2 million annually to “focus intellectual and scholarly talent of our university to examine two of the greatest challenges facing our society and seek new solutions.”
Associate Chancellor for Public Affairs, Robin Kaler, said via email that Jones has hired Alice Cary as the director of Public Safety and one of her goals is to implement 21st century policing to the University campus. Those would include adding a social worker to co-respond to incidents with police “during mental health emergencies and adding a community engagement director to the staff.”
That community engagement director position was filled by Dementro Powell, who has served as interim assistant director of the Bruce D. Nesbitt African American Cultural Center.
According to Love, none of these changes meet the BSFR demands, however, as the organization calls for much larger changes to the University.
“The University is trying to meet those said things to the public,” Love said. “But, we’re not foolish in knowing that those are very hollow. You can’t make change without directly impacting the system, and you’re a part of the system. You can greatly impact change by investing in institutions.”