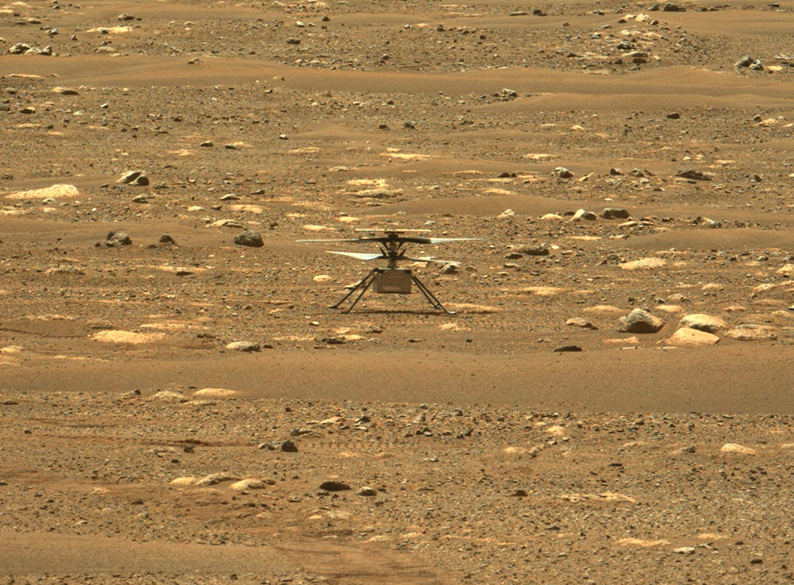 University alumna MiMi Aung is currently overseeing the operations for NASA’s Ingenuity helicopter, a technology demonstration to test the first powered flight on Mars. The helicopter rode to Mars attached to the belly of the Perseverance rover.
Aung was born on campus and moved to Burma at an early age. When she was 16, her parents sent her back to Illinois to pursue an education.
From migrating to the United States at the age of 16 to working at The Deep Space Network in the NASA Jet Propulsion Lab, Aung has traveled far and wide to pursue her passions, which ultimately led her to work on a NASA program designed to test the first powered flight on Mars.
Aung graduated from Grainger College of Engineering and later completed her masters, which led to her work on NASA’s helicopter mission.
During her master’s program, her mentor connected her to project Starlink. The concept of this project was there would be two spacecraft a kilometer apart, and the light between those two would be combined, canceling the light from a star so that an Earth-like planet can be found around it, according to Aung in a Discover interview.
The new mission that recently landed on Mars, along with the Perseverance Rover, will assist in exploring the planet of Mars and other expeditions.
Noor Ansari, sophomore in Engineering, said that this mission is separate from Perseverance because the Perseverance Rover does experiments with the soil samples, but Ingenuity is a helicopter that is a flight test.
Ansari mentioned working on a project for Titan, Saturn’s moon, which has a lot of atmosphere to send an aircraft to Mars. If controlling a little helicopter on Mars is possible, then the aircraft could have cameras and sensors installed and can be sent to other places, collecting samples and information about the atmosphere.
“So this is the first time we’ve sent something to Mars to fly, which is a big deal,” Ansari said. “Flying something from another planet is crazy, giving the helicopter command, and it’s just doing it. We have only flown things on earth so we’ve only had experience in Earth’s atmosphere. So the flow of the air there is very different because of the density.”
“It’s a controlled flight, it’s not just falling or parachuting down, it had a deliberate mission,” Eggl Siegfried, professor in Engineering said. “It recently had its first flight test, which was successful. It just hovered a bit, and that’s a big deal, because some Mars’ atmosphere is very thin compared to the earth, by about 100 times.”
“One of the incredible things is that not only did we make something fly on Mars but it was mostly done autonomously, because Mars is very far away from us, twice the distance we are from the Sun where signals take 17 minutes to reach us, so this is very innovative,” Siegfried said.
This new phase will begin after the helicopter completes its next two flights, according to NASA.