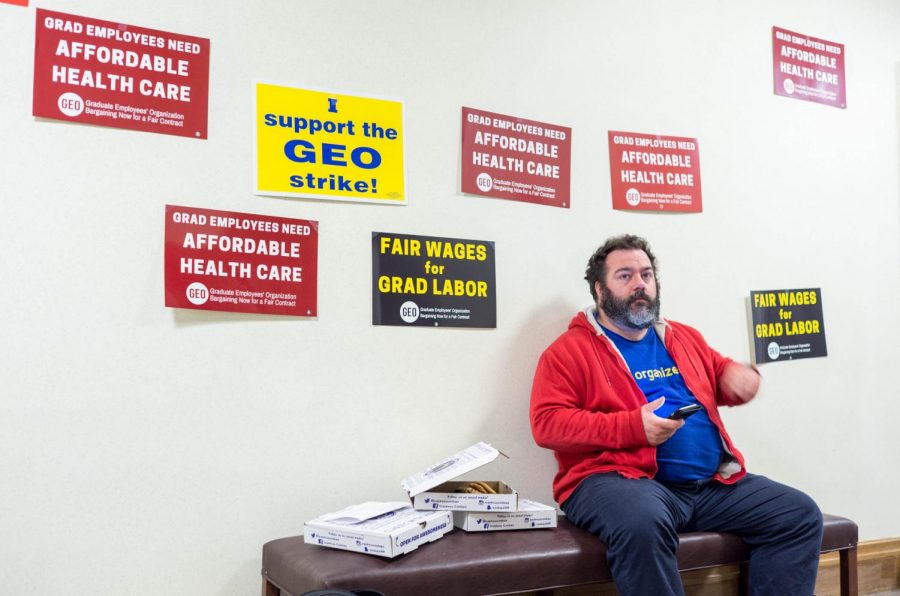 GEO media liaison Ashli Anda said the approximately 20 protesters, made up of GEO members and Campus Faculty Association members, intend to stay until they receive a “fair contract.”

We brought our sleeping bags. We're here until we get a fair contract. #occupyUI pic.twitter.com/AKoutF3F8D

“It’s been pretty difficult over the past few days to locate where major decision makers have been,” Anda said.

Administration leaders’ ambiguous locations led the GEO to bring the bargaining table directly to them.

Police are standing by and not letting anyone in the building. Anda said there has been no negative interaction with police yet.

University spokesman Tom Hardy told The News-Gazette that Killeen was not in Urbana on Tuesday due to “prescheduled system business.”

“Even as I’m occupying this office, that was a reminder that this movement is so much greater than any one individual,” Kimutis said. “This is about all of us. This is about future students. I will occupy this office until we get a fair contract.”

The GEO and administration will meet Wednesday at 9 a.m. to continue their negotiations.