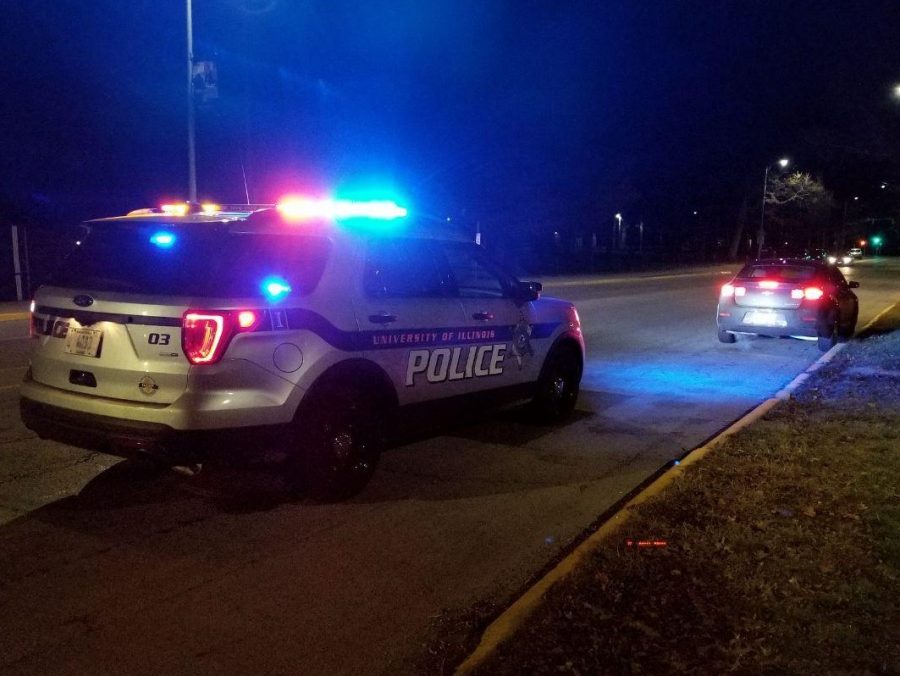 A police car initiates a traffic stop on Pennsylvania Avenue. UIPD released a report Thursday summing up statistics on crime and fire-related incidents from 2016 to 2018.

The University Police published the Annual Security and Fire Safety Report, Thursday in order to increase transparency around campus.

The publishing of this report falls under the requirement of the federal Jeanne Clery Disclosure of Campus Security Police and Campus Crime Statistics Act and contains statistics from 2016-2018 on crime and fire-related incidents on campus as well as campus policies on safety-related activities.

In an effort to make the report more user-friendly and transparent, the most recent report was published as a website instead of a PDF document, with more navigation functions and greater accessibility for different screen sizes.

In a statement, Police Chief Craig Stone said the report was being released not just to comply with federal law, but to create a more informed campus.

“An informed campus is a safer campus, and it takes the active participation of all of our community members to enhance security,” Stone said in the statement.

According to the report, University Police recorded decreases in reported rapes, burglaries and motor vehicle theft, but recorded a small increase in fondling, robbery and aggravated assault.

Places where these increases occurred were mostly public property near, but not owned, by the University.

Details on campus policies, resources and what to expect after reporting a crime are also included in the report.

“Our campus remains a very safe place to live, work and study,” Stone said in the statement. “However, no community is completely crime-free, and these numbers reflect that. It is important that students and others continue to seek out resources to protect themselves and help us keep campus safe by calling 9-1-1 in emergencies and reporting any suspicious behavior to the appropriate authorities.”