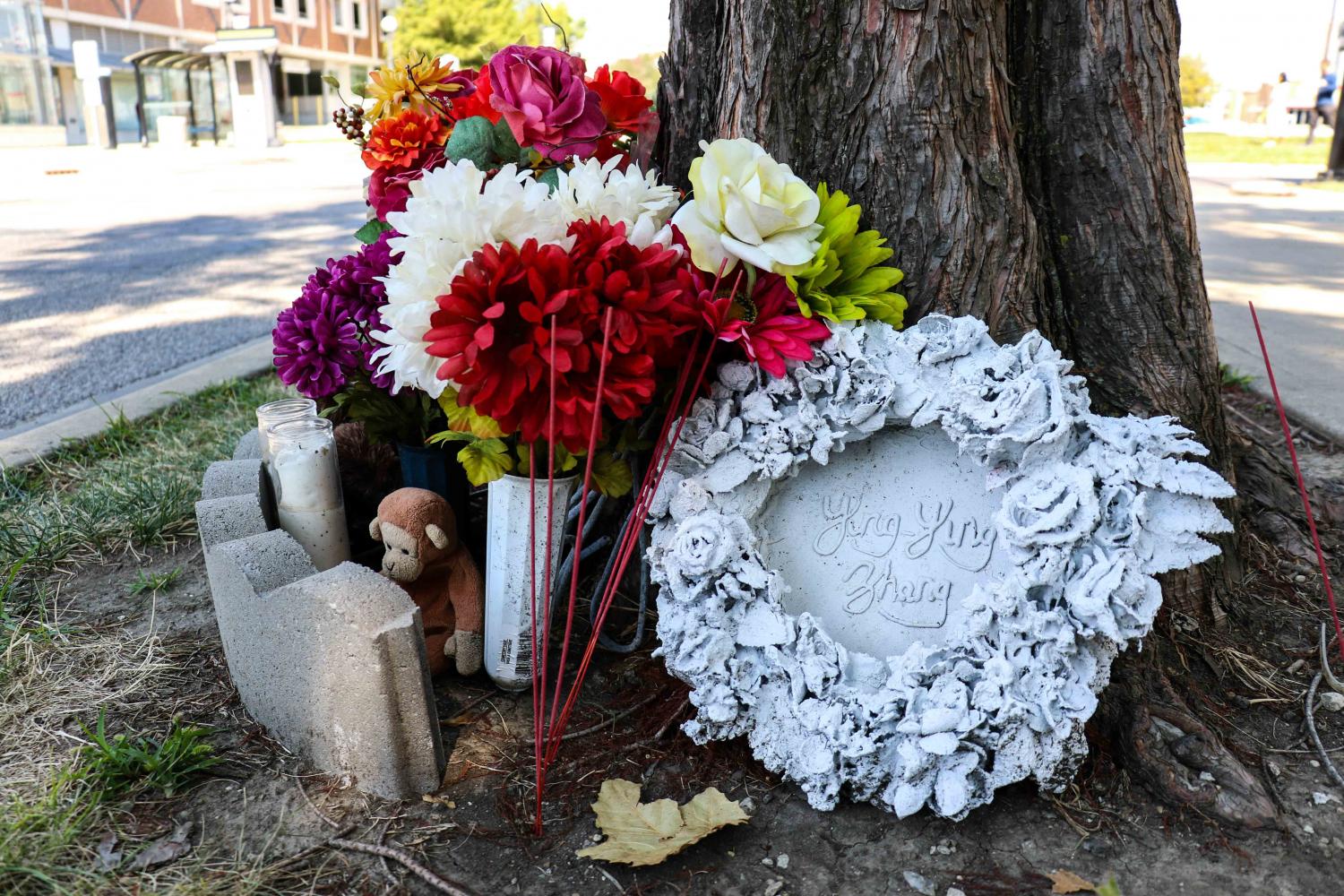 A memorial for Yingying Zhang on Goodwin and Clark.

It has been over three months since the disappearance of visiting scholar Yingying Zhang. Although Zhang’s kidnapping has heavily impacted the local Chinese community, students remain positive about their safety on campus.

“I don’t think Champaign is a dangerous place. I won’t be worried to walk on the streets after this event,” Yujie Li, junior in Business, said. “I think it’s just an accidental event. It won’t affect our regular life.”

Other students mirror Yujie’s opinion. Ruiyang Chen, sophomore in DGS, said the kidnapping case doesn’t make him feel unsafe, but it’s important for students to learn how to protect themselves.

“International students are sometimes seen as easy targets because they are new here, and they don’t know about the American society,” Chen said. “If they learn how to protect themselves and learn how to defend themselves, I don’t think that will be a problem for them.”

Robin Huang, the vice president of public relations for the University’s Chinese Students and Scholars Association, said the organization strongly recommends all students to familiarize themselves with the school’s many resources to keep them safe.

CSSA was also heavily involved in the kidnapping case from the beginning. Huang said the organization had volunteers helping out with different aspects of the search, and CSSA held a walk and a concert to convey the message and spread awareness.

“We would not give up this case because Yingying is also one of the international students here,” Huang said. “We care about her. We can feel the feelings of the family because we all have parents.”

Huang said the organization will listen to the school, the police and the family, and will offer their full force if needed.

CSSA was not the only local Chinese organization that dedicated much of its attention to the Zhang’s case. The Chinese American Association of Central Illinois has also actively participated in the case from the start.

Charlie Li, president of the Chinese American Association of Central Illinois, said the Chinese community has been very active in helping with the case and should continue putting in all its’ resources into looking for Zhang.

“As the Chinese community members here, we should continue to help the family to ease the pressure, especially help them out in their life of transition,” Charlie said. “It’s very important to continue providing support to the family.”

Charlie said the case was handled reasonably well by the UI police, the school administration and the FBI.

Huang shared similar sentiments and said she has confidence and respect for the system and for how the FBI works.

“I think that they would have valid reasons why they wouldn’t want to share all the evidence and all the information to the public, and I respect that,” Huang said.

Even though the case is still in progress and Zhang is yet to be found, students are expressing confidence in the justice system.

However, the high profile case is raising concerns among the friends and families of Chinese students. Huang said the concern is a normal thing that comes with every case, but such concerns are usually short-lived.

“If you want to really see the changes (in people’s) perspective, we should wait longer to see if it really affects people in two years and three years,” Huang said. “I couldn’t say for sure it will permanently change the impression of the U.S. or our school in the minds of Chinese people.”

Charlie also believes there will be some temporary effects on how people feel about the University and the community, but they will gradually go away.

“This community will still be one of the best for school,” Li said. “This will be the best school for the Chinese students to select if they want to come to the U.S. to study.”

Li also said it is important for the Chinese community to have unity.