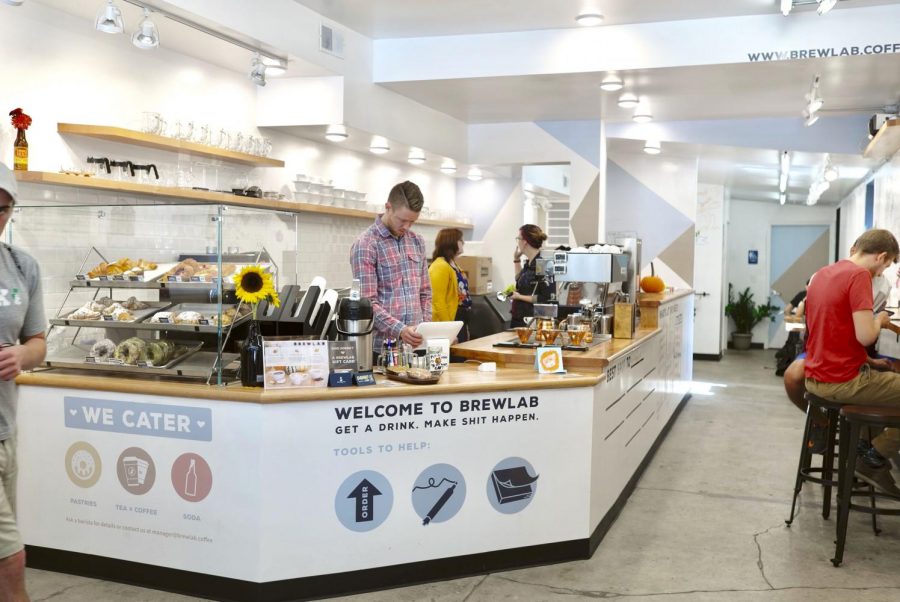 Independent coffee shop Brewlab opened up on Campus about two months ago on S. 5th Street in Champaign. The shop says it is aiming to ensure a quality product.

In the last year, smaller businesses on campus have been turning over at a very fast pace, leaving established chains as the only seemingly stable companies on campus.

With campus boasting four Starbucks, six Espresso Royale’s and a Dunkin Donuts, Brewlab Coffee is one of the few independent coffee spots on campus.

Brewlab, a coffee company on Fifth and Green, has been on campus for a little over two months and has been generating positive reviews.

With big-name competitors like Starbucks and Espresso Royale right around the corner, Brewlab’s General Manager Merry Thomas said the secret to their success as an independent company is playing an active role in providing quality beverages.

“With a lot of bigger chains you have a whole group of people outside of your store who are basically in charge of making sure that the beverages are coming out the same every time,” she said. “Here you have to be so much more involved in providing good drinks.”

Thomas said they ensure they provide quality beverages because her staff are trained by the roasterie that provides Brewlab’s coffee.

“We weigh the shots (of espresso); we test the shots every morning just to make sure that they taste good,” Thomas said. “at a lot of other places, it’s automated, so they don’t play as much of an active role. We are definitely (trained) to make good tasting beverages rather than cranking out 20 drinks in 10 minutes.”

Adam Barnett, General Manager of Espresso Royale, said this is the tradeoff of an independent company versus a chain. With multiple locations in Champaign-Urbana as well as locations in many University buildings, Espresso Royale is a top coffee chain in the area.

“Independent stores can do whatever they want, and they also can hone in on target markets versus us, where our target market is way more general,” Barnett said.

Although it seems that chains have the advantage of a general market, Thomas said that Brewlab sets itself apart.

“(It’s) just one of those places that people like just to sit and have a chat with their barista or just kind of be here with a group of people because this environment has always been something for everyone to enjoy,” she said.

“I love the workers there. They always talk to me, and it is just a fun chill environment to be in,” she said.

Cox said she finds herself going to Brewlab over big name chains.

“It has way better coffee and is a more fun space to be in when getting things done,” Cox said.