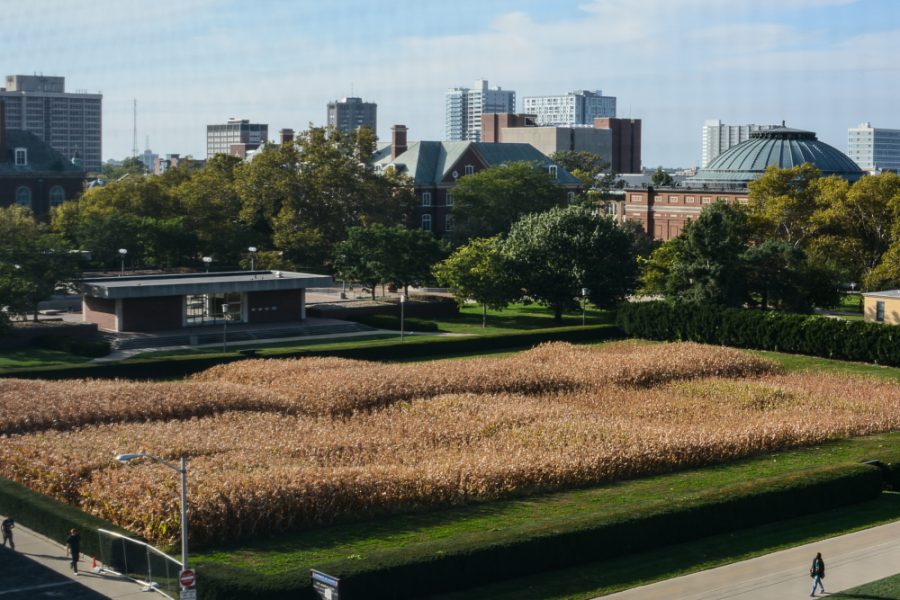 The University was awarded a grant through the U.S. Department of Agriculture to allow farmers, researchers and consumers to participate in the organic production of breeding corn.

Bill Davison, a University extension educator who specializes in Local Food Systems and Small Farms, is involved in the collaborative effort among breeders, farmers and faculty at the University to diversify organically produced crops.

He said the genetically modified corn must be tested in a wide variety of different conditions in order to make further improvements, which are tested through farmers as the test crops are grown on different farms.

Davison said the goals of the project are to increase nutrient efficiency.

“We are targeting limiting nutrients like essential amino acids to elevate those levels,” he said.

Farmers will help test genetically modified corn developed at the University and the Mandaamin Institute in Wisconsin. In turn, consumers will give their opinion on the quality of the product.

One goal of the project is to expand this research to a wide diversity of crops and to engage more faculty, researchers, farmers and breeders.

The team chose to work with corn for a particular reason.

“It’s the most common crop grown in Illinois, and we have a network of farmers (and) breeders that are dependent on it,” Davison said.

Martin Bohn, co-principal investigator on the project, said in a press release that this project will provide insights on optimal strategies for breeders in cultivating crops.

Michelle Wander, co-principal investigator, said in a press release the project will also help them test whether soil health will influence crop yield, quality and processing.

The project has been in the works for three years, and the grant is in effect for the next four years.