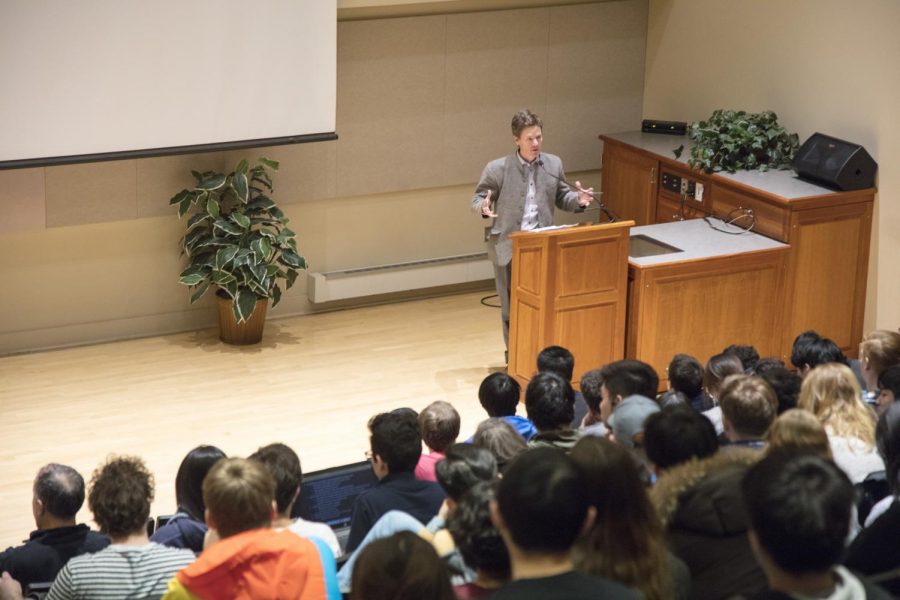 UIUC Musicology alumnus Dr. Stefan P. Fiol who currently serves as Associate Professor of Ethnomusicology at the College-Conservatory of Music, University of Cincinnati discusses "The Song Collector," leading its post-screening dialogue Tuesday at the the Spurlock Museum Knight Auditorium.

University alumnus Stefan Fiol will be on campus to introduce a film, “The Song Collector,” and hold a dialogue after the screening as part of the AsiaLENS series.

The screening and discussion will take place in the Spurlock Museum Knight Auditorium on Tuesday at 7 p.m.

The AsiaLENS is a long-running series that provides free film screenings and discussion programs available for students, focusing on the issues of contemporary life in Asia since 2008. The screenings and dialogues are held by local experts from the area, visiting scholars or sometimes the filmmakers themselves.

Fiol is the associate professor of ethnomusicology at the University of Cincinnati. He graduated from the University’s School of Music in 2008 with a doctorate in musicology.

“The Song Collector” follows three generations of a Buddhist family, examining the relationship between culture and development. The film proposes a new vision in which tradition and modernization can coexist, aligning with the Buddhist concept of the “middle path.”

Jason Finkelman, director of Global Arts Performance Initiatives, collaborates with the Center for East Asian and Pacific Studies and Elisabeth Stone, former director of education at Spurlock Museum, to curate the AsiaLENS series.

The award-winning film is a portrait of Himalayan folk singer Morup Namgyal, who was at the forefront of a 1960s movement to educate and preserve the unique culture of Ladakh as well as of his daughter and grandson, who are carrying the tradition forward, Finkelman said in an email.

As a part of Spurlock Museum’s current exhibition about South Asian and South Asian-American communities, Finkelman said the program wanted one of the three films scheduled this semester to focus on South Asia.

“I think folks who attend our films develop a greater understanding and appreciation for Asian culture and history, and gain insight on the wide variety of lives lived in present-day Asia,” Finkelman said.