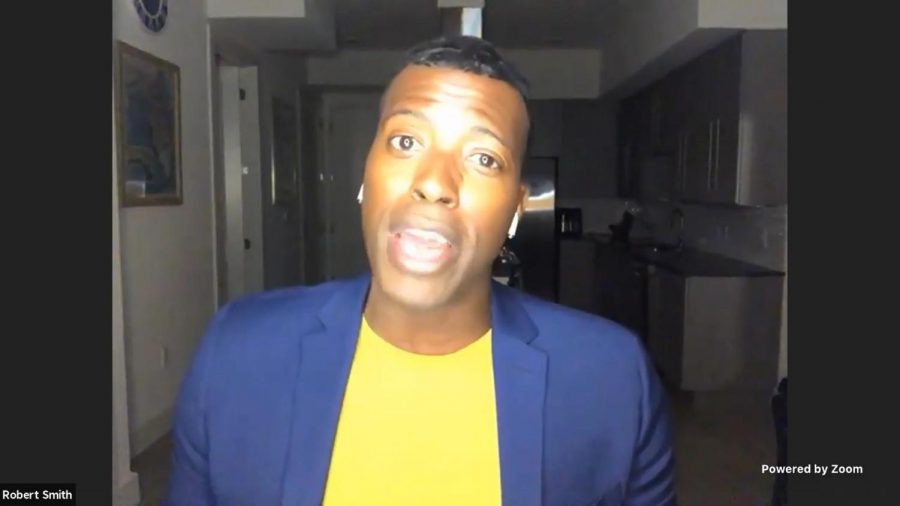 “It is unfortunate that a resolution before the group tonight was designed to force students who oppose efforts to divest from Israel to also vote against support for the Black Lives Matter movement,” administrators wrote Wednesday night, shortly after the resolution passed through the student senate.

Ian Katnelson, a junior at University in LAS, opened up public comment, vehemently opposing the resolution.

“I should not have to choose between supporting the right of Jews to their homeland and the rights of all people to social justice in the United States. Unfortunately, this resolution forces me to make that choice,” Katnelson said.

A couple of conservative commentators stopped in to denounce the resolution. Ryan Fournier, founder and co-chairman of Students for Trump, attended the Zoom meeting to share his disapproval.

“Freedom hating groups at the University of Illinois, groups like Students for Justice in Palestine and other Israel hating groups on this campus are sponsors of the resolution before you tonight. That deep hatred is one of the reasons behind it,” Fournier said.

Rob Smith, contributor to youth conservative group Turning Point USA, disagreed with defunding police, mentioning that a policeman escorted him when he spoke on the University campus in October of last year.

“As a Black man, I am repulsed by this transparent and all too obvious attempt to co-opt a movement to pursue a divisive political agenda,” he said.

Other members of the public spoke in favor of the resolution. Tyler Fullilove, sophomore in LAS, shared her support.

“As a native student on campus, it pains me to see my money and resources invested into this transnational colonizing force,” Fullilove said. “I am also deeply pained by the administration’s silence on issues of police brutality and corruption, as complacency is just another form of encouragement.”

Buthaina Hattab, author of the resolution and junior in LAS, explained how she included divesting from Immigration and Customs Enforcement and police departments as well as prisons and the Israeli military.

Hattab was disappointed by the members of the public that spoke out against this resolution.

“This public comment should have been nothing but support and solidarity for Latinx students, Black students and Palestinian students who have suffered at the hands of transnational companies through our tuition dollars,” Hattab said. “There should be no controversy in upholding peoples’ human rights and human dignity.”

When the Speaker of the Senate, Arnoldo Ayala, asked if there was any debate opposing the resolution, Senator Harrison Freeman, a junior in Gies, responded.

Freeman shared concerns that the resolution “creates a hostile environment towards me and other Jews who support our homeland.”

Senator Jamiel Abed, a sophomore in Engineering, spoke in support of the resolution and attempted to address concerns about the opposers’ belief that the resolution was anti-Semitic.

“The reason nobody has been able to point to any anti-Semitic rhetoric is because this resolution does not mention Judaism or any other religion for that matter,” Abed said. “This resolution in no way shape or form attacks any marginalized racial, ethnicity or religious group.”

Abed also explained how this resolution simply attempts to “divest from organizations that commit violations of human rights from many facets all around the world.”

After a citation error was resolved and a motion by Senator Freeman to send the resolution back to the committee for review, which would potentially repeat the entire voting process, failed, the resolution passed.

Viewers of the meeting on Facebook Live were concerned about the privacy and safety of the senators that supported the resolution. One warned senators to, “put (their) socials on private if they are not already.”

The comment section was filled with celebration immediately after the passage of the resolution.

Fullilove, who spoke earlier in support of the resolution, commented “FREE PALESTINE TILL IT’S BACKWARDS.”

The author of the resolution, Hattab, commented “LOVE YOU ALL.”