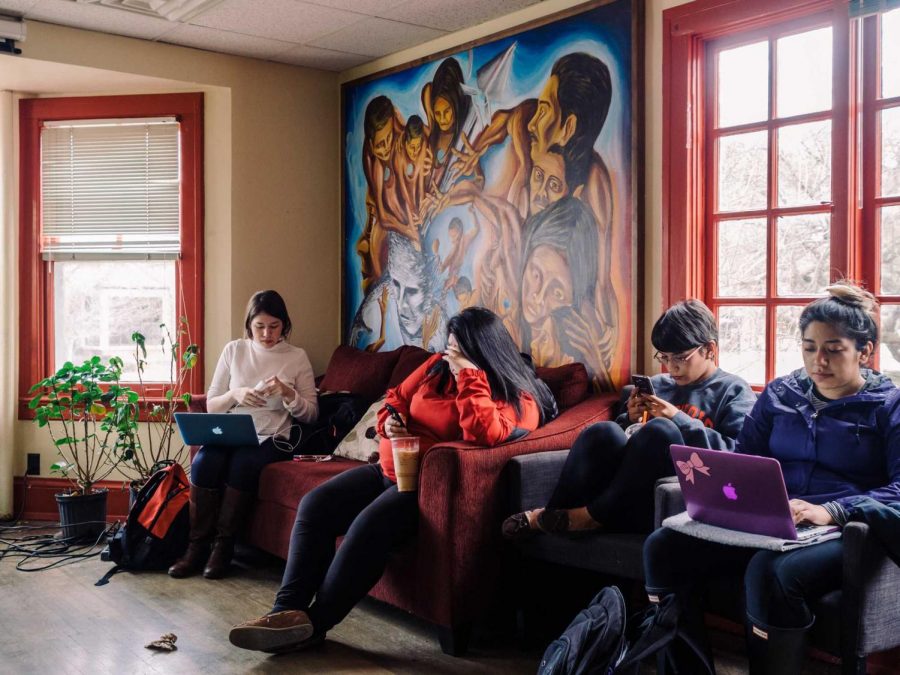 Students rest in La Casa Cultural Latina on March 7, 2016. The University has established a program to increase Mexican enrollment.

The University of Illinois system seeks to expand and create connections with Mexico. New connections expect to increase enrollment of Mexican students and different partnerships for the University.

The initiative, University of Illinois System Mexican & Mexican-American Students, known as I-MMÁS, began to develop back in 2016. Tim Killeen, president of the UI system, was involved in this agreement.

Last fall, the Latinx enrollment increased to 17% within the 90,000 students enrolled system-wide, matching the Latinx percentage of the population in Illinois. Within the state of Illinois, the enrollment of Latinx undergraduate students is at 21% and it continues to grow for 16 straight years, according to a University press release.

“This important initiative is rooted in the bedrock mission that we have carried since our founding — to open our doors wide, unlock the talents of every deserving student and create the next-generation workforce and innovation that paves the way to progress,” said Killeen in a press release.

Autonomous national University of Mexico, one of the largest universities in Latin America, Technológico de Monterrey and the National Institute of Public Health are also involved in the agreement.

I-MMÁS will establish mentoring and other programs to support Mexican students in order to be successful at the University of Illinois at Urbana-Champaign, Chicago and Springfield. New exchange programs will be created to provide “international study opportunities for students,” according to the press release.