Students are more than just numbers 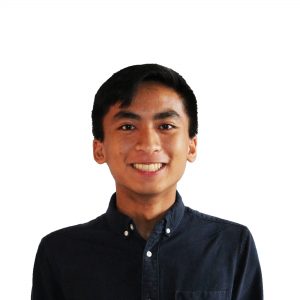 For a lot of students at the University, the thought of high school brings back memories of adolescence; from home football games to prom, those four years were a time of firsts.

But it was also the first time we experienced rules and policies that made no sense. Last Friday, students protested over limited bathroom breaks in a high school in North Yorkshire, England which escalated to police being called to diffuse the situation.

While a notice in response to Friday’s incident on the school’s website stated that the restrictions were part of an overall plan aiming to improve learning in the school, the protest seems quite the opposite of what was expected.

The notice stated: “Toilets are freely accessible during specific periods at lunchtime and break time but those students who need the toilet during lessons, or need access for medical reasons, will always be given access on request. Toilets are therefore accessible at all times.”

Whether the high school changed the policy after Friday’s protest or not, the original intent seems pointless. Is it really restricted bathroom usage if any student can simply ask their teacher to go? This is essentially no different than what I experienced in my high school.

Just let the kids go to the bathroom when they need to. It’s better if teachers and administration trust their students with a simple responsibility than to enforce some pseudo-bathroom ban throughout the day.

Another problem that often flies under the radar — but is equally as important — is debt. For lunch.

Earlier this month, an anonymous donor paid off the lunch debts of more than 150 Ohio students from kindergarten to 12th grade.

While the donation itself is wholesome, the reason it had to be made is less so. Student debt is something that most don’t really experience until higher education. But in high school, even if dues are as minuscule as ten dollars, it’s still debt nonetheless.

When a person is in debt, chances are they’re more wary about not increasing that debt. In the case for high school students, most would skip a meal instead of only going further down the hole. And when students are hungry, they struggle to learn. It’s a scenario all too familiar for many students former and current — including myself.

For a lot, if not all high schools, having any type of debt before graduation — whether it’s through lost textbooks or lunch fees — is another way of saying that you won’t get your diploma.

I’m not saying that those students should get away scot-free for their debt, nor am I trying to sympathize with students who manipulate the system. But maybe more schools could implement payment plans for sports and lunch fees.

They’re kids, after all. Restricting bathroom usage and having a lunch debt stop a student from graduating? Those rules only worsen the problem of focus and attentiveness that schools are trying to minimize.

The same concept applies to higher education, too. While it’s true that almost all universities give their students more freedom, it’s difficult to consider many of the students here on campus as adults. College is a weird, four-year transition into the professional world where students are trying to land jobs and internships. At the same time, those same students are also sleep deprived and eating cup ramen for dinner.

Schools in general should stop treating their students as numbers and statistics and remember that they’re human beings. Future policies that are implemented should at least consider the effects that it could have on the day-to-day lives of students.

If anything, public education shouldn’t be run like a business. More procedures should be in place for those who truly can’t pay their fees and more trust should be given to students in general. Because if we treat them more like customers than actual people, we might not have any  leaders for tomorrow.