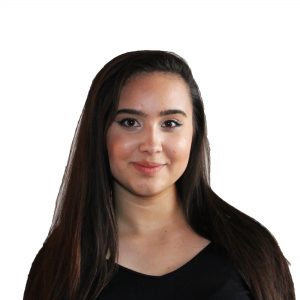 If you take a look around one of your lectures, you’ll notice that about every other student has a little piece of paper covering their laptop’s webcam. When I first noticed this pattern, I immediately thought of a phenomenon I heard of a few years ago in which male members of internet forums would use a software to hack into women’s webcams and steal personal pictures of them to post online.

This atrocity hasn’t been brought up recently and therefore, I would assume many have since forgotten about this incident. Nevertheless, the repercussions of events like this are terrifying and could be detrimental to individuals’ reputations.

While these concerns are valid and it’s important that everyone takes the necessary steps to prevent things like hacking and phishing, it’s interesting that millennials are neglecting to take matters into their own hands when it’s in their control. Being affected by a hacking scam is difficult to prevent, but when it comes to your own social media profiles, utilizing stricter privacy settings is the first and most basic step to ensuring you are only benefiting from the information and images associated with you on the internet. Despite this being an easy fix, millennials are forgetting to take this precaution.

According to a study done by a VPN service, individuals between the ages of 7 and 13 in 2004, labeled “younger millennials,” reported being more careful about the information they share online; however, they are also are the age group most likely to neglect to use any strategies to protect themselves on the internet. Despite wanting additional layers of privacy in terms of internet use, 34 percent of these young millennials reported feeling less than confident that they were protected from security problems.

From these statistics, it’s clear that college-aged students put a lot of value on their privacy but aren’t taking the extra steps to secure their social media profiles. This is why it’s concerning to see students posting risky pictures including illegal activities to publicly available social media accounts that could be detrimental to their reputations and careers later in life.

CareerBuilder.com conducted a survey that found 37 percent of employers will screen the social media accounts of potential employees before hiring, and 34 percent of those employers have found information from social media that led to the decision to not hire the candidate.

While I believe that there should be a clear distinction between one’s social and professional life, even if you believe your private information is safe, many of us are not taking the extra precautions to properly secure them.  Since your social media is easily accessible, it is a representation of the organizations you belong to and activities you engage in.

As a person’s personal and digital presence are beginning to merge into one, it’s becoming increasingly important to be careful about what is being presented to the web. While funny tweets and aesthetically pleasing Instagram feeds could easily boost your reputation, one small slipup could ruin it. So, next time you think about sharing something that could be taken the wrong way, think again.