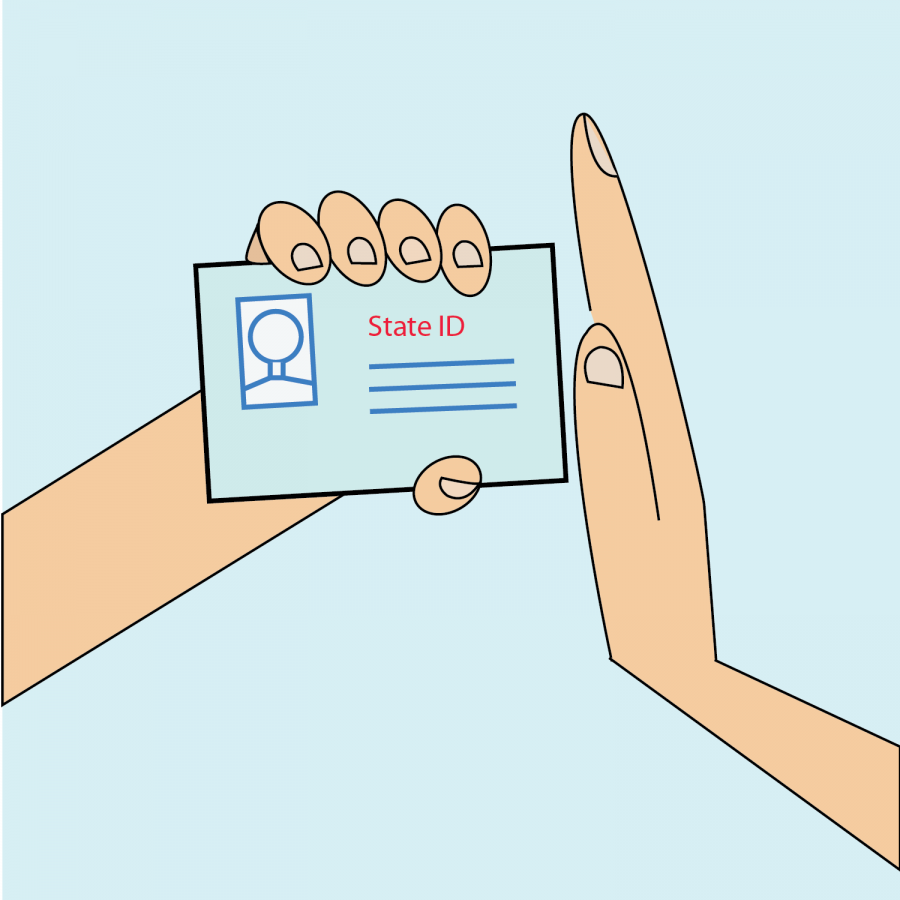 The vote is an inalienable sacrament to our democracy. The principles of this system of government are rooted in every citizen’s inalienable right to vote. An unimpeded ability to vote. An unobstructed path to vote.

In the past, America has rejected hindrances to voting such as poll taxes, grandfather clauses and literacy tests. But in the last 10 years, as the Supreme Court has weakened the Voting Rights Act of 1965, a new hindrance has cropped up: voter ID.

Young people and minorities make up the demographics least likely to turn out to vote during an election, demographics who tend to be Democratic. Therefore, higher turnout rates during elections nationwide tend to yield better results for the Democratic party. In an era in which both parties have used the power to legislate to attempt to manipulate the election processes in their favor, the GOP has tried time and time again to suppress voters in order to benefit from lower turnout.

Voter ID laws are a seemingly harmless legislative topic that is secretly laced with the poison of disenfranchisement. The laws hurt Americans more than they help. The problem voter ID laws set out to correct is the issue of voter fraud — something that, as of 2017, multiple studies have found little evidence for.

But even if voter fraud was a pestilence plaguing the American electoral system, voter ID would not prevent the main method for voting twice — once in person and once by a mail-in ballot. The notion that a person would wait in line twice at his or her polling place for one more likely inconsequential vote is an unrealistic expectation, especially given the legal consequences of being caught.

Generally, the amount of cases of voter fraud found and prosecuted are extremely miniscule compared to the population these cases are taken from, and when compared to the amount of voters being adversely affected in light of these laws. A University of Michigan study found that minority voters were between 2.5 and 6 times more likely to lack ID when voting. While this study concluded that 0.6 percent of voters lacked photo ID, or 28,000 votes, 28,000 votes is still substantial, and in some instances can decide an election result.

But while voter ID laws may ostensibly be in place in order to prevent voter impersonation, the ulterior motives these state legislatures have for passing these laws are far more sinister and grounded in partisanship.

FiveThirtyEight found that minorities such as Blacks and Latinos accounted for a larger percentage of voters without ID than voters with ID. Essentially, such laws would disenfranchise thousands of minority voters, many of whom tend to vote Democrat, who would now lack sufficient criteria for fulfilling their civic duty.

The question then becomes “well, how hard is it to obtain photo ID?” and the answer to such a question is the process can be more rigorous than one might intuitively think.

For one, in some cases voters in search of an ID describe the bureaucratic nightmare and absurd amount of documentation required to receive one. If there must be a photo ID prerequisite to vote, the process for obtaining one must be made stupidly easy, as there should not be obstacles or barriers to execute one’s right to vote. Otherwise, many voters will be dissuaded and discouraged from voting.

Secondly, these laws leave room for GOP scrutiny to make the process more tedious. They can scrutinize voter turnout by picking and choosing which offices can distribute acceptable forms of IDs and when they are allowed to do so. They can also choose which ID is acceptable.

As of 2016, Texas voting law allows a citizen to vote using a handgun license but not a state-issued university ID. It feels all too coincidental that a state such as Texas would make the process easy for gun owners and harder for students.

There is a stated cause for these laws despite a lack of evidence to support the urgency of them. There are the adverse effects that arise from such laws. But what about the intent of the legislators when enacting these laws? This is the place for reassurance that intent is an absolutely crucial part in considering a law and can be informative on the desired results by the legislators and enforcers of said law.

Unfortunately, statements made by elected Republicans in the past have only elevated fears that these voter ID laws were legislated with malicious intent. A 2016 Washington Post article well documents the GOP’s past contractions of foot-in-mouth disease when discussing their voter ID laws. It is a portfolio of elected GOP officials making statements akin to “with voter ID laws in place, we now have a much better shot at winning.”

To argue these politicians simply mean that voter ID would stop Democrats from fraudulently voting would ignore the magnitude of voter fraud to be required to flip states in favor of the GOP from the Democrats.

The courts continue to dissect and in many cases strike down these laws. Courts have ruled, sometimes multiple times on the same law, that laws or parts of laws were unconstitutional in states like Texas, North Carolina or Wisconsin. The Supreme Court did uphold these laws in a 6-3 decision at a time where the court had a 6-3 conservative majority, meaning the contentious case was decided by a partisan divide. The validity of these laws — especially with consideration to the underlying intent of these laws — is certainly not sound.

While the desire to attach a photo ID requirement to voting may seem intuitive, the question of the effectiveness and necessity of voter ID laws are far more nuanced. The integrity of American elections deserves to be protected, but the protection of that cannot be done in such a manner that disenfranchises thousands of good-faith voters.

It is a solution in search of a problem. As long as voter ID laws remain another string of legislation weaponized to alienate the electoral process, they have no place in society as a legitimate reform.