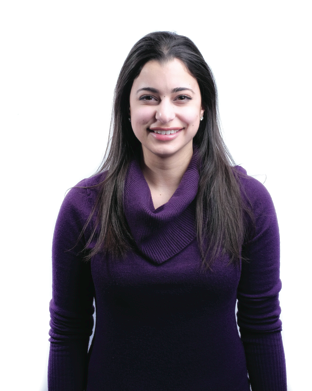 As a molecular and cellular biology major, I have been encouraged to participate in university research since my first day on campus. Having just started my undergraduate research this week, I have a new-found appreciation for the money and effort that goes into research labs.

It is well established that university research is important in developing new technologies and broadening academic knowledge, but this research must be funded before it can make any contributions.

In fact, about 60 percent of funding for university research across the country depends on federal grants, and these grants have helped fund countless revolutionary breakthroughs. But the recent approval  of federal budget cuts in funding for general research, which is estimated to reduce GDP by more than $200 billion over the next nine years, will hinder this progress. Because of this, the federal government should not cut funding for basic university research.

At a highly research-oriented institution such as the University of Illinois, which conducted more than $583 million in research in science and engineering in 2012, these federal budget cuts will negatively impact our contributions to knowledge.

Some may argue that scientific research should be funded by the private sector because if a company funds a study that fails, it is merely a bad investment on its part. If a federally funded study costs billions of dollars and research is inconclusive, American taxpayer dollars have gone to waste.

For instance, this is the case with various U.S. government agencies, which have doled out more than $154 billion taxpayer dollars to green energy companies since 1973 — many of which are either currently bankrupt or are headed that way.

However, most of the research at universities such as ours is basic research, derived from pure curiosity and meant to contribute toward a greater understanding of a given subject — not necessarily for a target application or return profit.

Applied research, on the other hand, such as what is used by companies, is directed toward a specific product or return goal. It builds upon discoveries made with basic research and puts those discoveries toward developing products and earning profits.

Thus, the federal government should fund the kind of basic research that goes on at universities — rather than applications for that research. Allow me to explain.

Basic science is unpredictable and cannot be compared to companies doing applied research with the hopes of earning a profit. Professor Michel Bellini, who runs a cellular biology lab at the University, vouches for the fact that “when you propose a project, you never know for sure where that research is going to take you.” Despite the success Dr. Bellini has found in his lab, the potential for basic studies to yield moot results — regardless of how well studies are prepared — is characteristic of the unpredictable nature of science. To make new discovers, researchers must sometimes fail.

Even conservative thinker Margaret Thatcher understood the importance and difficulty of basic science research. She said, “Although basic research can have colossal economic rewards, they are largely unpredictable. And therefore the rewards cannot be judged by immediate results.”

Though also unpredictable, applied research funding should be left up to industry and the private sector. My view, and what history has told us time and time again, is that competition is a much better way to innovate and profit compared to using government efforts.

Applied research, where there is a goal for profit, would be better funded by the private sector, but basic research should be funded by federal grants.

Unfortunately, with the backwards way the current administration handles research funding, this is not the case. The current administration deserves little praise for its attempted contributions to science, as it misunderstands the difference of the implications of basic and applied research. The $154 billion taxpayer dollars allotted toward failed green energy research — which can be categorized as applied research — would have been better handled by the private sector, as that was taxpayer money lost.

At the same rate, according to a 2013 Association of American Universities survey, the federal budget cuts for basic research grants have had noticeable negative impacts on 81 percent of responding universities — such as the University of Illinois — which have historically provided breakthroughs in basic science knowledge and supported American invention. In fact, more than half of these universities have started reducing research positions available at their respective institutions due to lack of funding.

In cutting funding for basic research, the government has failed to uphold the history America has of funding institutions such as the University of Illinois — institutions that continue the tradition of innovation that helped build this country to where it is today.

Stephanie is a sophomore in LAS. She can be reached at [email protected] and @syoussef22.