The most successful current Illinois coaches 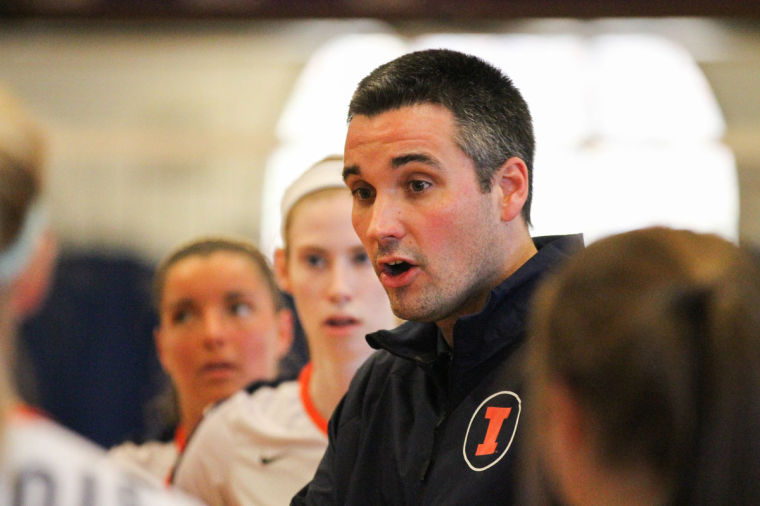 Illinois’ head coach Kevin Hambly talks with his team during the Illinois vs. Kentucky volleyball game at Kenney Gym on Saturday, April 19, 2014. The Illini won 3-1.

Successful coaches have to be able to command respect from the athletes they lead.

For athletes, it’s easier to respect a coach if the coach has played or coached the sport at an elite level in the past. It’s no surprise then that the most successful coaches at Illinois have some of the most extensive lists of accomplishments, honors and awards that I’ve ever seen. They’ve not only racked up the coaching accolades but excelled as athletes in the past.

Below are the very best coaches at Illinois, ordered by awesomeness:

The head man of the Illinois men’s golf team has accomplished some incredible things in his 14 years at the helm. There’s no doubt Small is a phenomenal coach, seeing as he’s led the Illini to five straight Big Ten Championships and has his team is consistently ranked in the top 10 in the country. But his playing history adds to his illustrious career, and it’s pretty impressive.

Small golfed for four years at Illinois before becoming a professional in 1990. His career has included an appearance on the PGA Tour, and he became the youngest member of the Illinois Golf Hall of Fame when he was inducted last October. He even got to stand on the award podium with Tiger Woods after winning the low club professional at the PGA Championship in 2007. Small is considered by many to be the best golfer to come from the state of Illlinois.

Spring is finishing up his fifth season as the head coach of Illini men’s gymnastics, and he’s got a competitive resume that may edge Mike Small’s. Not only did his team win the national championship in 2012, but he won national coach of the year as well. In addition, he’s been the Big Ten Coach of the Year three times.

Like Small, Spring is a former Illini who enjoyed success here as a student-athlete. Spring was as dominant as they come, winning four NCAA individual titles. His competitive career didn’t end there, as he was a member of the 2008 United States Olympic gymnastics team that won bronze in Beijing. If his gymnasts ever question his coaching, I’m sure all spring has to do is flash some bronze to shut them up.

Hambly has an excellent 114-51 overall record in five years as the Illinois volleyball head coach. He nearly guided the Illini to the program’s first national championship game in 2011, when his team went 32-4 before falling to UCLA in the title game. Hambly was also named the 2011 Volleyball Magazine Coach of the Year. He has both coached and played professionally, and he was an assistant on the men’s United States Olympic Team from 2001-04.

Rayfield has been the head coach of Illinois women’s soccer for 12 seasons, and she has a 151-89-25 record to show for it. Besides holding nearly every Illinois coaching record, Rayfield has served as a technical adviser to the U.S. women’s national team since 2009. She also basically kick-started a college soccer dynasty. Rayfield was a four-time captain at North Carolina and helped win the school’s first national title in 1982. Since then, the Tar Heels have won 17 more and established themselves as the best soccer program in the country.

Alex is a sophomore in AHS. He can be reached at [email protected] Follow him on Twitter @aroux94.