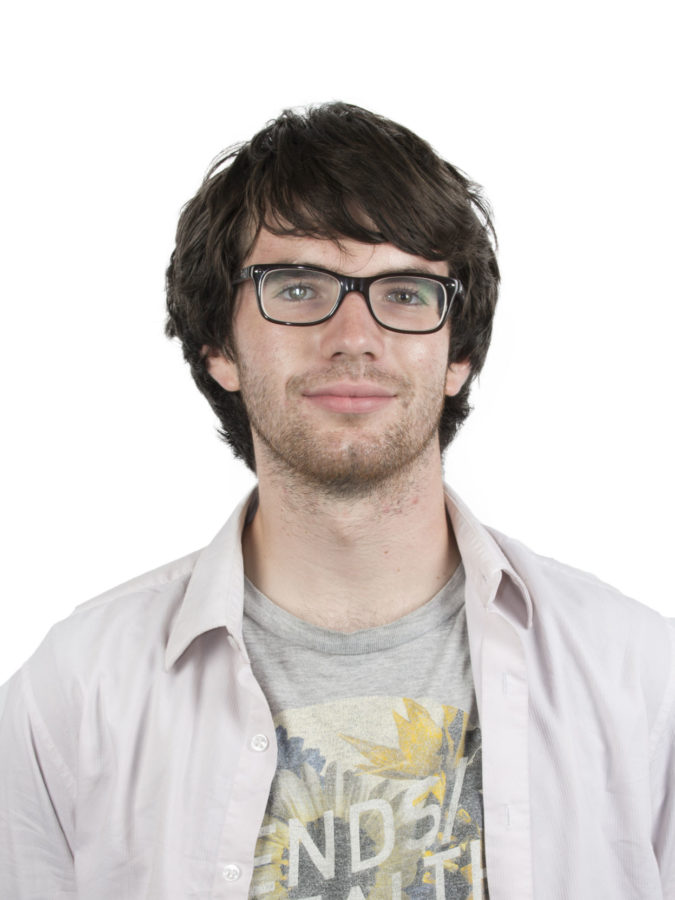 Can you feel it? It’s that time of year again, when Champaign-Urbana’s streets start buzzing between senior land and downtown Urbana. In the (roughly adjusted) words of a certain Austrian bodybuilding governator, “we’re back.” From that freshman in his dorm playing “Wonderwall” on an acoustic guitar to the frat guy throwing the keg off his roof, the masses have assembled in Champaign-Urbana for yet another school year.

Though it may be hard to avoid getting caught up in the initial excitement and winding nostalgia of college life, it is of the utmost importance to point out, to freshmen and upperclassmen alike, how lucky we are to be in such a multifaceted and supportive environment.

Yes, at times I wish the football team were better (but hey, Wes Lunt should be good, right?) and the polar vortex were a little warmer, but as far as sheer opportunity goes, it’s hard to find a better place to be in the world for a young person than at the University of Illinois.

At the risk of sounding like a cheesy public service announcement, if you want to do something here, you certainly can do it. New freshmen in creative writing or architecture may go on to be the next J.K. Rowling or Frank Gehry. A new tech start-up could spawn out of any given registered student organization. Hell, the owner of both the Jacksonville Jaguars and London’s Fulham United went here.

I, like The Daily Illini’s current editor-in-chief, Johnathan Hettinger, grew up in the small town of Monticello, Illinois. It’s about 20 miles southwest of Champaign and has a population of approximately 5,000. Although it is far from the bumpkin-populated village, my suburban peers often associate with such lowly populated towns, the opportunities available to us were still limited. The quality of education wasn’t poor, but our school just did not have the wide array of resources present in many larger districts in the area.

It’s quite remarkable that, because of this university, all of my peers from my hometown who go here are able to expand their horizons much past central Illinois. Many people from Monticello choose to remain there for their entire lives, never wanting to stray from home — and that’s fine. However, the opportunities afforded to those who stray away from home and head to the University are remarkable.

The University has provided me with opportunities to write for publications, study in London and root against Michigan with every fiber of my being — all things I never could have done in Monticello. (OK, maybe I could have done the last one.)

And I can only imagine that feeling is shared across the majority of the student body in some capacity. This is truly a microcosm of the “real world,” no matter which avenue someone intends to pursue.

At times, when we’re struggling through finals or juggling a couple of jobs and school, the University can seem stressful and overwhelming. Those late nights start to add up and our alarm clocks seem to ring earlier and earlier. But what better time is there in our lives to try as many things as we can?

It makes no sense to remain complacently stagnant in such a vibrant and stimulating environment. Here, we have opportunities to sit down and talk with some of the world’s greatest minds in many subjects. You can even go talk to Tom Hanks’ brother about bugs if you really want to.

Of course, there are plenty of negative examples of people who never get involved with or feel dedicated to something during their time here, and thus, some would say, wasted thousands of hours and dollars here at the University. Please, if there’s one thing you take away from this column, it’s to be inspired to go out and get involved in your community, your career or your academics.

Don’t get me wrong: College isn’t for everyone. But if you’re here anyway, you may as well find something to get involved in. You never know, maybe you’ll meet a new friend or land a really cool job.

All of that being said, this column comes at an unsure and tense time in the world, and I would feel remiss if I did not mention the massive injustices taking place toward civilians in Kurdistan, the Gaza Strip, Israel and Ukraine alike, and even domestically in Ferguson, Missouri.

Sometimes we take for granted what a safe and beautiful place the University is, and we only need to take a peek into the headlines to be reminded that the world is a vicious place. There are many people who never will be afforded the opportunities that we are, and for that we must be impeccably thankful.

Please keep those who are affected by any and all of these global issues in your thoughts, and never forget how lucky we are to have the opportunities we have.

Boswell is a senior in LAS. He can be reached at [email protected]