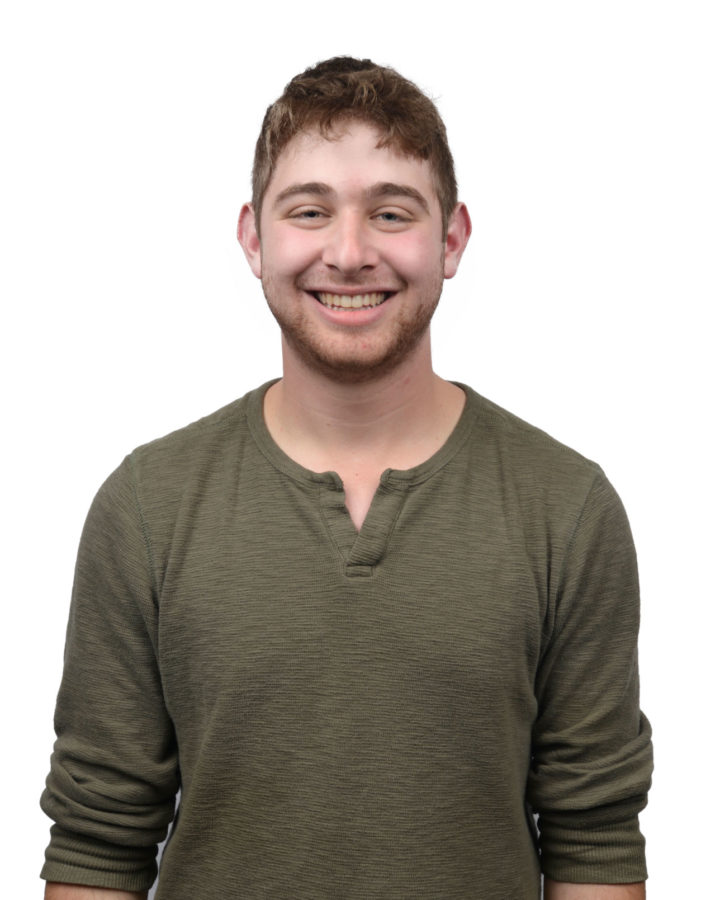 The two mailbags I’ve done this year for The Daily Illini have been fun. I have enjoyed them so much that after a lengthy (about 10 minutes total) discussion with my superiors, it has been decided that I will turn the mailbag into a weekly segment entitled: “A sports columnist’s mailbag.”

Keep sending in questions because without you, this mailbag can’t exist. No, really, if you guys don’t send in questions, I won’t be able to answer any questions. If that happens then I’ll have to write my own questions and answer those.

That would just be sad.

So far, you have all sent me some great questions, and I will answer them in this edition of … THE MAILBAG!

John asks: Talk about how cool it would be if the bottom teams in the MLB went to AAA each year and the top AAA teams went to the MLB?

I think this would be awesome. John is referring to the model used in the English Premier League. I’m in no way a soccer fan, and probably never will be. That’s nothing against soccer, except it’s everything against soccer. I don’t care how many times you tell me soccer is an amazing sport to watch, because to me, it just isn’t.

Look! Everyone is running all over the place! Look! That guy just fell down but nobody touched him! Look! The soccer game is over! Oh, wait, it isn’t? But the clock says it is! What the heck is extra time and why does it seem like nobody keeps track of how long it’s supposed to be?

That’s the end of my soccer rant, because baseball is my favorite sport, and I know a whole bunch of people hate that sport too. With all of that said, the idea of promotion and relegation the EPL uses is a really good idea.

Baseball wouldn’t be the first sport I’d choose to have this system in place, but I wouldn’t be opposed to it. I feel that the EPL model would be better suited in the NBA, where teams like the Philadelphia 76ers lose intentionally, or “tank” in order to receive higher draft picks. If the worst three NBA teams had to go down to the D-League, nobody would be tanking.

This model would be interesting in baseball, but the reason I’m not totally supporting the bottom teams having to play in AAA is because I’m a White Sox fan. If this model were used, the White Sox wouldn’t be playing in the MLB this season, and that would make me sad.

A co-worker asks: Why do you wear mismatching sweaters and shoes?

I answer this question with another question. Would you ask hip-hop mogul, fashion sensation, and multi-millionaire Kanye West that question?

George asks: It’s obvious the Illini need to replace their football coach. Who are some of the rumored replacements and whom would you like to personally see?

While it’s true that I wrote a column a few weeks ago defending the job Tim Beckman has done so far at Illinois, after the team’s latest loss against Iowa, my opinion has changed. I now officially agree with the masses that Beckman’s time in Champaign should come to an end after the season.

I’m not sure if there have been any coaches linked to the Illini yet, but some names have certainly been floating around. Michigan State’s defensive coordinator Pat Narduzzi has been one of those names. Narduzzi is one of the reasons the Spartans have been one of the top teams in the Big Ten in the last five years.

The problem with Narduzzi is that Illinois wouldn’t be the only interested team. If he decides to leave Michigan State, he will instantly become one of the nation’s top coaching candidates.

Illinois has the money to bring in a big-time coach, but right now its soon-to-be vacant head coaching job isn’t exactly the most attractive one out there. Some other names have been thrown out there like Ohio State offensive coordinator Tom Herman, former Illini wide receiver and current Steelers running backs coach Kirby Wilson, and Alabama offensive coordinator Lane Kiffin.

I really have no idea whom the Illini will end up hiring, but if I were making the decision, I would give former Ohio State coach and current Youngstown State President Jim Tressel a call. I understand Tressel is basically banned from coaching until 2017, and hasn’t shown interest in coaching football again, but if he was going to ever return to coaching, I would love to see him try to build Illinois’ program back up.

Allison asks: What do you think of the Miami Marlins signing Giancarlo Stanton for 13 years/$325 Million?

I love watching Stanton. I would love for Stanton to play for my White Sox. He has huge power, and is exactly the kind of player you’d want to build your lineup around.

I would never sign a player to the contract the size of the one the Marlins offered Stanton though. As good as Stanton is, no player is worth potentially setting a franchise back years, financially.

The idea is to surround Stanton with talent. When you hand out a contract that large, that’s a tough task, especially when you consider the Marlins have a few more guys on their roster that they’re going to want to lock up as well.

Take Jose Fernandez for example. One of the most exciting young pitchers in the game went down last year with a torn UCL in his elbow. He will be back and should recover just fine. I look at him as a far more important piece of the Marlins young core than Stanton. Home runs are fun, but pitching wins championships. Bottom line.

I’m sure the Marlins have a plan, otherwise they wouldn’t have handed out the richest contract in MLB history. But at first glance, I’m not so sure it will turn out great for them in the end.

That’s all the time I have this week, but I will get to all of your questions down the road now that this will be a weekly column. Keep sending me your questions, and always remember: Sam’s opinion is the most important opinion!

Sam is a senior in Media. He can be reached at [email protected] and on Twitter @Sam_Sherman5.