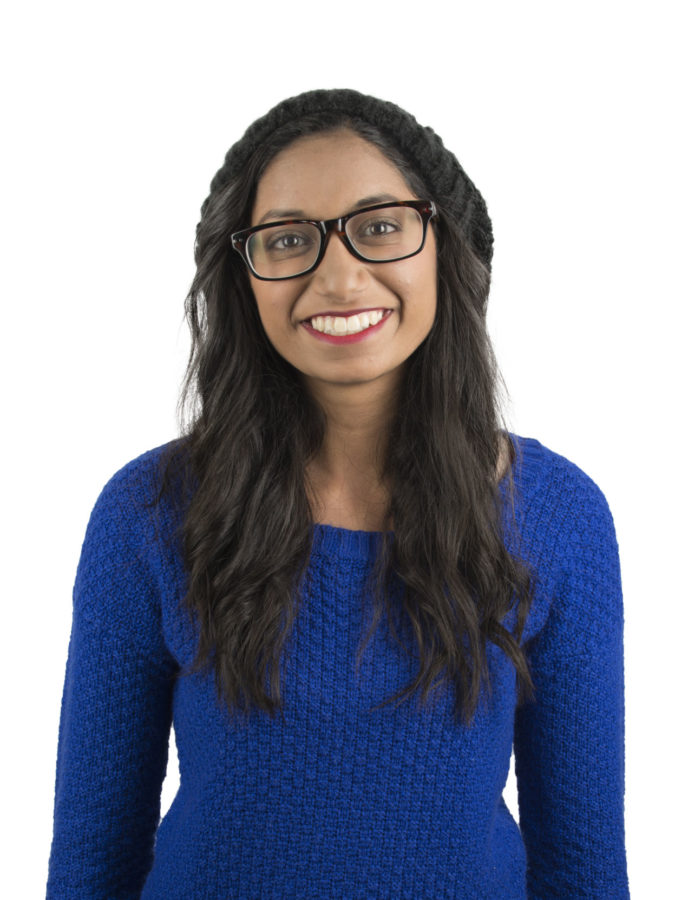 While many of us are going to spend next week gripping our hats and holding onto our scarves from the freezing temperatures that continue in Champaign-Urbana, some of our friends on the other side of the world will be celebrating next Friday by dancing, singing and throwing powdered paint and colored water at one another.

Every year, Indians from all over the country and world commemorate Holi, a religious holiday in which people of all ages, gender, class and even caste go into the streets to celebrate “The Festival of Colors.”

With powdered paint covering the streets and all the citizens of each town, the name “Festival of Colors” certainly fits the holiday of Holi.

As the holiday is usually supposed to take place in the streets of your own town, it was a little harder to commemorate it growing up in America where people of every ethnicity filled my neighborhood.

Yet, my parents, relentless on keeping the tradition alive, drove me every year to the nearest Festival of Colors celebration that took place, which was in downtown Naperville, a suburb of Chicago.

In addition to the bags of colored organic flour that could be bought for two dollars, the event included traditional music, food and entertainment.

Each year, I walked onto the open field in a white T-shirt. Yet as I was running around, throwing both caution and paint to the wind, I saw that the turnout each year included people of all races, cultures, faiths and backgrounds.

That image captured what the holiday meant to me: people from all different cultures coming together to not only recognize the existence of Indian culture, but the celebration of it as well.

Naperville’s latest Holi event hosted over 900 people, and I was pleased to see these participants physically embrace its own version of the holiday, celebrating unity and acceptance.

Yet, while Naperville allowed me to laud a unique cultural experience in a completely different culture than where Holi might have originated, my experiences at the University haven’t been as lucky.

It seems that our campus only recognizes the idea of diversity, but does not celebrate it enough.

This is especially problematic when taking into consideration that the city of Naperville consists of predominantly white, middle-class citizens while our campus is a mix of a variety of cultures and races.

However, these general offices — as important as they may be to supporting individuals who contribute to diversity — cannot do much to bring engagement, curiosity and respect from the student population itself.

This interest and appreciation for the celebration of other cultures has to come from the students themselves.

Since a little over 51 percent of our campus population self-reported as African-American, Asian, Hispanic, Native American, Native Hawaiian,international or multiracial, it would seem only logical that not only would diversity and diverse practices and events be confronted, but commemorated across campus.

However, while diversity may be appreciated in statistics, the student population does not seem to rally together in a way similar to how Naperville’s Holi celebration brought people of all cultures together.

Often, it is a registered student organization of the ethnicity itself that provides support of important ethnic festivities. However, the sense of unity could be even more prevalent and celebrated if the campus as a whole joined in, both in planning and participation.

Whether it be attending the Nesbitt African American Cultural Center’s annual Sound Lounge Showcase or sitting in on a Chew ‘n Chat Lunch the Native American House holds; only when we go out of our comfort zone to appreciate the cultures and students’ identities around us will we then bring a sense of acceptance and unity to campus.

That is why I ask you, students of this campus, to join our campus’s very own Holi, both literally and figuratively. While the University holds a Festival of Colors during April every year that students of all backgrounds should join, the time for acceptance and unity should start now.