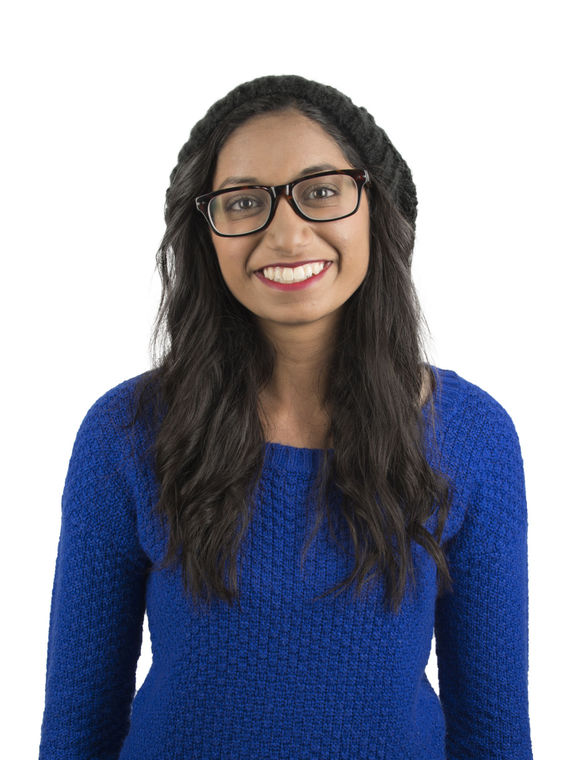 Last Friday on the anniversary of Sept. 11, 2001, the nation was painfully reminded of the attacks on innocent American people. But for some Americans – Muslims, Arabs, Sikhs and Desis specifically — a different kind of attack has taken place for the past fourteen years.

Since Friday, people have told their stories using the hashtag #AfterSeptember11.

These tweets are a collection of more than 50,000 people highlighting the difficulties of growing up Muslim, Arab or Sikh in America, paying for a crime they had never committed. Many recall instances they were targeted for being Muslim — or often, just for having brown skin at all.

For example, one person tweeted “#afterseptember11 my mom stopped wearing her hijab in public because of the profiling and looks of disgust. She literally feared her life.” Another wrote “#afterseptember11 my parents genuinely asked my brother if he wanted to change his name bc it’s Osama. He was 9.”

Some stories even highlighted the extreme violence that Muslim-Americans sometimes face as a result of Sept. 11. One user tweeted, “#afterseptember11 I grew up without a mom because someone with a gun decided that she needed to answer for it with her life.”

These tweets are a reminder that the 9/11 attacks have repercussions that extended far beyond Sept. 11 itself; it inevitably effected multiple cultures and Americans, and still continues to. I, as well as many other Desis, Arabs and Muslims, have felt the impact of this day for fourteen years through intolerance and bigotry.

Recently in my own hometown, a Sikh man named Inderjit Singh Mukker was driving to our local grocery store when someone stopped him, called him “Bin Laden” and “terrorist” before reaching into his car and attacking him.

In 2013, the word “terrorist” was spray-painted on the walls of a Sikh temple in Riverside. In 2012, a gunman killed six people in a Sikh temple in Wisconsin. And no one can forget the recent 2015 UNC Chapel Hill shooting where three Muslim students were shot during a parking dispute.

In fact, annual hate crimes against Muslims and those who resemble Muslims are roughly five times higher than the rate before Sept. 11.

These hate crimes reveal that even 14 years after the tragedy that shook America, there is a prevalent tragedy of racism remaining.

To those who believe that I am being insensitive or belittling the tragic events of Sept. 11 itself by claiming this, you could not be further from the truth. I’m just as equally disgusted by the events as my fellow white Americans; I, too, had friends and family members near the scene of the Towers.

However, it is inexcusable that millions of Arabs, Muslims, Sikhs and Desis have been the target of Islamophobic attacks for the crime they were equally as horrified about.

Zainab Ghouse, a senior in LAS, recalled her own experiences post Sept. 11 stating, “I was called a terrorist in elementary school from other kids just because I was a Muslim … I think there still needs to be more awareness on … what it means to be an American Muslim because there’s still a small portion of people who don’t know about it. ”

Ghouse is one of many people of color that had to endure continual attacks based on their ethnicity or religion since Sept. 11.

After 9/11, my dad, who often adorned a beard while I was growing up, completely shaved it off to avoid being profiled. It wasn’t too tragic, but it was enough to remind my family and me that citizenship or no citizenship, we will always be foreigners in the eyes of others.

Personally, I’ve often felt the dichotomy between being an American and being an Indian. In fact, many people treat me as if the two could never coincide.

Throughout my adolescence, many people often disregarded me in conversations about the Twin Towers, as if I was not equally appalled by the trauma of these events — as if I was not “American” enough to understand how truly horrendous this act of terrorism was.

In fact, when the nightmare settled on Tuesday morning, 14 years ago, I still remember how much unity emerged after among the American people. The love we felt toward out country was deep and protective; in that instance, I had never been more proud to be an American citizen.

However, it is important that instead of allowing the tragic events of 9/11 separate the population, we remember that unity and continue to acknowledge who the real villains were that day: The individual terrorists, not the millions of innocent Arab, Muslim, Sikh and Desi Americans who have had to painfully answer since.

Kaanan is a sophomore in LAS.
[email protected]