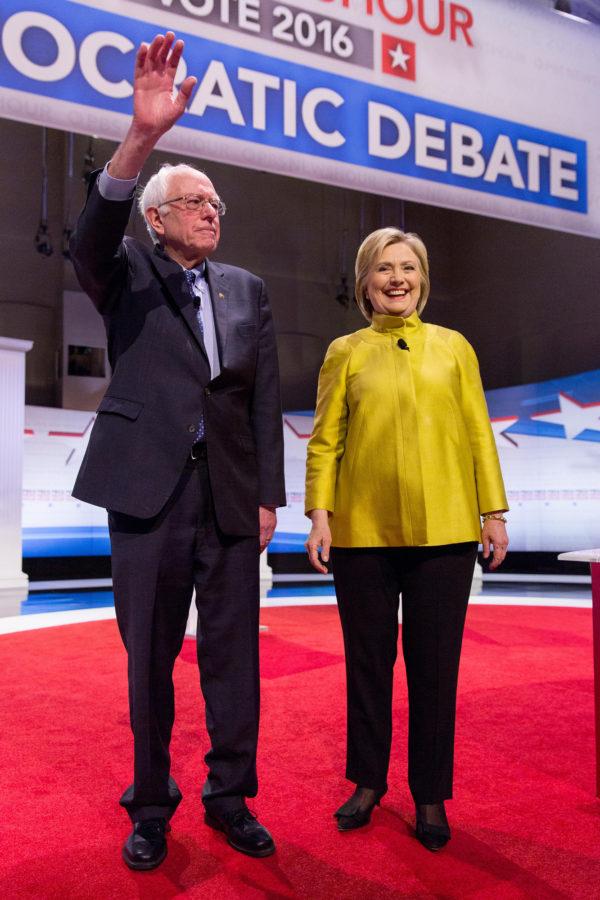 Bernie Sanders, as seen at our University, has captured the hearts and minds of young people and educated liberals.

But many commentators and political strategists argue that Sanders cannot win the Democratic nomination because of Hillary Clinton’s so called “firewall.” By “firewall,” these commentators are referring to her strong support among Hispanic and black voters.

They also note that Clinton has stronger support among the working class. Such individuals also believe that Clinton can greatly outperform Sanders among women. Conversely, these commentators argue that Sanders’ support is limited to the young and well-educated white liberals.

Nevertheless, in my opinion, these commentators dramatically underestimate Sanders’ potential ability to grow his base of support. As such, Clinton’s so called “firewall” may come tumbling down, and with it her chances of being the Democratic nominee for president.

In some respects, Clinton has been struggling with black and Hispanic voters. From a campaign perspective, her “7 things Hillary Clinton has in common with your abuela” article drew widespread criticism and appeared to many as pandering to the Hispanic community.

Similarly, when her campaign modified the Clinton logo to incorporate elements of Kwanzaa, many leaders in the black community reacted negatively. Meanwhile, Sanders and his campaign seem able to connect to voters in a genuine way, and this may continue into the black and Hispanic communities as the campaign progresses.

Additionally, Bill Clinton’s policies as president, which Hillary Clinton supported, are now being viewed negatively by many in the black community. Such policies include: presiding over the largest increase in federal and state prison inmates of any president in American history, escalating what many describe as a war on drugs, supporting sentencing disparities in crack-cocaine vs. cocaine powder and welfare reform. http://www.thenation.com/article/hillary-clinton-does-not-deserve-black-peoples-votes/

Many of these issues could provide useful ammunition for a Sanders surge in the black community going forward. Likewise, Sanders’ prior leadership in the civil rights era may make him more credible than Clinton with the black community.

Bill Clinton’s policies as president, which were supported by Hillary Clinton, are now being viewed more negatively by the working class as well. Bill Clinton supported and ratified the North American Free Trade Agreement. This agreement, many argue, has facilitated the deindustrialization of the American economy as factories closed down and reopened in Mexico. http://economyincrisis.org/content/8-auto-factories-moved-to-mexico-for-lower-wages-due-to-nafta

Further, Hillary Clinton initially argued that the Trans-Pacific Partnership, a similar free trade deal with Asia, was the “gold standard in trade agreements.” But she later flip flopped and pulled her support for the agreement. Sanders by contrast, was always against it. http://www.politifact.com/truth-o-meter/statements/2015/oct/08/hillary-clinton/Hillary-clinton-now-opposes-trans-pacific-partners/

Moreover, her opposition to the Keystone XL Pipeline and the coal industry has further isolated her standing among working class voters. All told, Clinton’s support among the working class could be eviscerated by her record, her husband’s record and Sanders populist message.

Women are also not voting for Clinton in historic numbers as predicted. Thus far, Sanders has won 55, 41 and 44 percent of the entire female voting bloc in New Hampshire, Nevada and Iowa respectively. http://graphics.wsj.com/elections/2016/iowa-caucus-results/http://www.huffingtonpost.com/h-a-goodman/new-hampshire-women-chose-bernie-sanders_b_9200174.html

Thus, even though Clinton is wanting to break the so-called glass ceiling, it appears that democratic women are not that interested in helping her. Rather, they are voting for the candidate who they truly believe in: Sanders.

Sanders’ current base of support is from young people and white liberals; however, Sanders could easily expand his base to the black and Hispanic communities based on his socialist vision. Further, based on her weaknesses as a candidate, Sanders could continue to increase his support among key democratic constituencies currently backing Clinton.

Thus, for the many university students who are feeling the bern, fear not Sanders’ recent loss in Nevada and likely loss in South Carolina. Bernie can still beat Hillary.

Ryan is law student at the University.