Why Americans are voting for Donald Trump 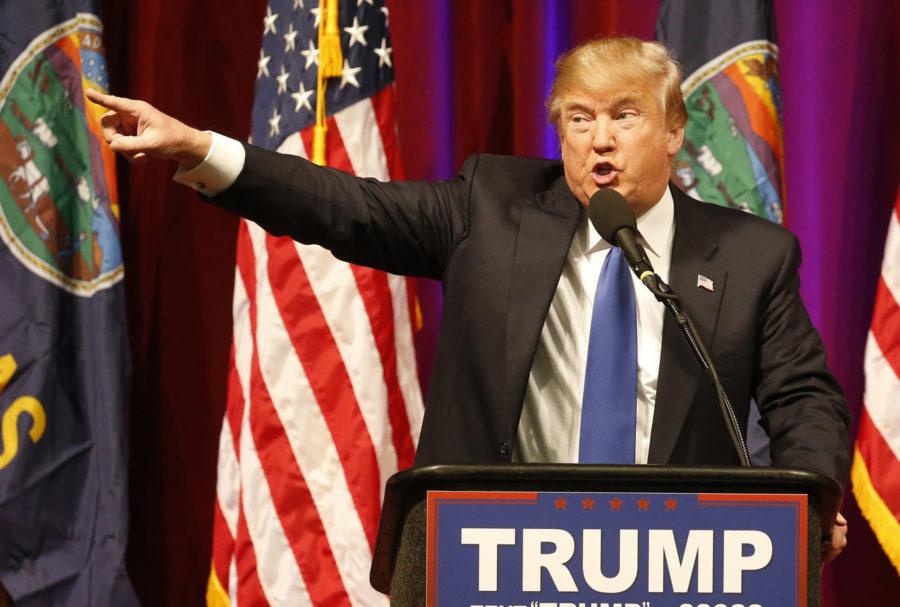 As Donald Trump cruises to become the Republican nominee for president, many have questioned how he has ascended to power.

One such view, that Trump’s supporters are uneducated racists who find his provocative messages appealing, was echoed last Wednesday by Gabriel Costello, my fellow columnist at The Daily Illini. In his piece, Costello noted that “(t)he difference between Trump and the rest of the GOP is not a matter of opinion, it is a matter of cadence. Trump forgoes the (racial) dog whistle and replaces it with a bullhorn. He is unapologetically racist, sexist and Islamophobic.”CH

Costello then concludes that a racist, uneducated segment of the electorate has embraced Trump and catapulted him to success. But asserting that Trump’s power comes from demagoguery and a racist electorate is premature unless one can exclude legitimate reasons why people vote for him.

One such reason is Trump’s economic populism. Consider that this nation’s industrial sector has been losing jobs, as factories shut down and relocate elsewhere. From 2001 to 2013, the U.S. trade deficit with China cost 3.2 million American jobs. Trade agreements with Mexico and Canada resulted in the loss of 850,000 U.S. jobs. In sum, the United States has lost 7,231,000 manufacturing jobs since 1979.CH

Trump is the only candidate taking a firm stance on the hemorrhaging of the American industrial sector, and he may be the only candidate who can stop the bleeding. He openly calls for boycotting and taxing companies that outsource.

He argues for a better business climate that will make America competitive globally. He openly denounces nations that manipulate their currencies. He argues that, because he can self-fund his campaign, he can’t be bought by the special interests groups that desire further outsourcing.

Quite simply, when Trump says, “China is ripping us off and abusing us because we have leaders that don’t know what they’re doing,” there are millions of unemployed former factory workers who agree with him.

While illegal immigrants often do work that domestic workers refuse to do, many of these jobs, such as construction and maintenance, are solid blue collar jobs desired by Americans. It is therefore reasonable that some of these workers see illegal immigration as a threat to their livelihoods. From both sides of the equation, Trump’s power can be explained through his economic populism.

A second legitimate reason is Trump’s strong foreign policy. During Obama’s tenure, Iraq, Syria and Libya have descended into anarchy, North Korea has become more bellicose, Iran is closer to developing a nuclear weapon and China has become more assertive in the South China Sea. Simply put, it seems our allies no longer trust us and our enemies no longer fear us.

Many voters see Trump as someone who can inspire respect among those who wish to cause us harm and restore the Pax Americana.

Trump, with his economic populism and strong foreign policy, has tapped into an element of frustration with the American electorate. With several legitimate reasons established for Trump’s rise, it seems premature to argue that vast swaths of his supporters are simply uneducated racists.