Editorial: Worry about your own emotions 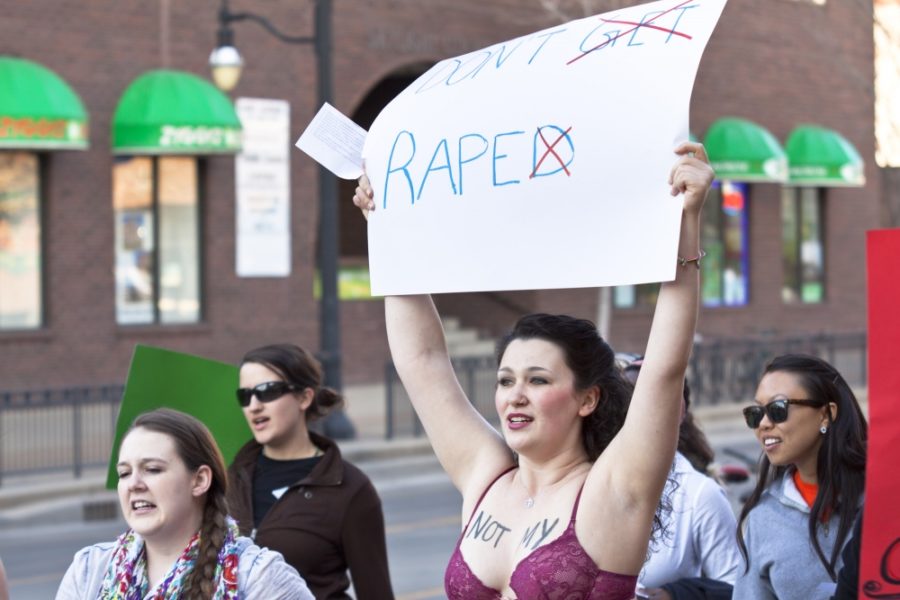 Katarina Spungen, a sophmore in FAA and member of Amnesty International 124, participates in the 2013 Slut Walk to call awareness to sexual assault.

Do you want to know what every woman loves?

Being told to smile by random men on the street definitely tops the list.

Contrary to this view, which a surprising number of people seem to have, most women don’t love when men trivialize them by asking for extra emotion. When was the last time you heard anyone say, “Gee, that guy telling me to smile really made my day”?

The number of times this continues to happen to all women, particularly on our college campus, is ridiculous. Women are more than their teeth, and male students on campus must recognize that. There’s no better time to start than during Anti-Street Harassment Week.

People do all sorts of stupid things when they are drunk, but the insistent pestering of women on college campuses doesn’t have to be one of those things. Go punch a wall or crush a beer can alone if you need to work out some testosterone — neither of those things makes female students feel threatened or unsafe.

This problem isn’t just exclusive to our campus or other college campuses. Women around the world have their emotions questioned by men, no matter how successful or popular they are.

Look at Serena Williams. She’s a world-class athlete who is still asked why she isn’t smiling after a win.

“To be perfectly honest with you, I don’t want to be here,” she said after eliminating her sister Venus Williams from the U.S. Open. “I just want to be in bed right now and I have to wake up early to practice. And I don’t want to answer any of these questions, and you guys keep asking me the same questions. It’s not really — you’re not making it super enjoyable. Just being honest.”

There isn’t inherently an issue with asking somebody why he or she isn’t feeling happy — the issue exists because only women are ever pestered with those questions. Roger Federer would never be asked such a question, and it’s fairly obvious why somebody who just knocked her sister out of a tournament wouldn’t be all that pleased.

No one should ever have to justify his or her emotions, whether positive or negative. At least the reporter who questioned Williams had the excuse of trying to do his job. Women walking home, whether from class or the bars, never signed contracts requiring them to field questions from men on balconies.

The real answer to what most women want is fairly simple: respect.