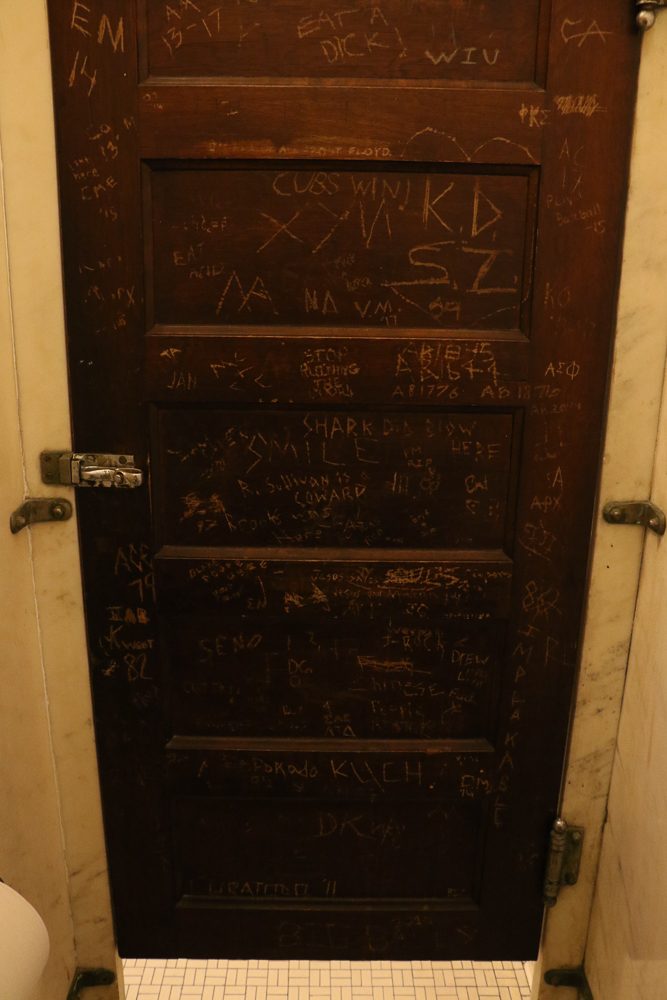 Graffiti on a bathroom stall in Altgeld Hall. 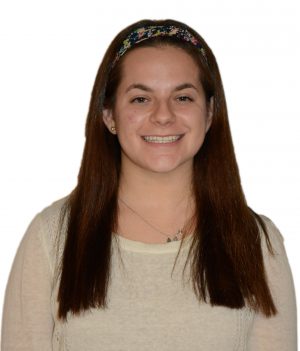 These were the words found carved on the door of a bathroom on our campus this week.

“There is no room for … Zionists at UIUC.”

This statement came on a post by Students for Justice in Palestine, written publicly on Facebook for anyone and everyone to see.

These words do not belong on our campus, nor anywhere else.

Calling into question, let alone vilifying someone’s identity based on religious reasons, ideological reasons, ethnic background or any other identity is entirely unacceptable.

Moreover, these words are a blatant violation of the University’s Student Code.

The Student Code states that “Registered Organizations and Registered Student Organizations shall not practice discrimination against a member or prospective member on the basis of race, color, religion, sex, sexual orientation …”

The Student Code also requires each member of this University community to live up to a set of values, stating, “These values include the freedom to learn, free and open expression within limits that do not interfere … with respect for the dignity of others, and personal and institutional openness to constructive change.”

Beyond these standards, the Student Code states that students may be disciplined for “inciting, aiding, or encouraging others to engage in a behavior which violates the Student Code.”

Yes, this also happened this week — in the same building where the inscription on one door stating “I hate Jews” was found.

None of this information was presented to the student body when it was known; and yet faculty were made aware of the swastikas and anti-Semitic scrawls via an email sent to the math department.

Our University’s leadership and certain students have bred an environment where words and actions like these have become acceptable.

There are thousands of new freshmen walking around campus, meeting new people and learning what this campus stands for.

Words of hate and acts of intolerance should not be a part of new student orientation.

Words of hate and acts of intolerance are not what this campus stands for.

Very little is spoken about the Student Code on this campus. I can’t recollect being asked to sign off that I would live up to the guidelines set forth in that Code, yet that is my responsibility as a student. So, I have taken the time to learn what is expected of me and what is not allowed. Clearly, some other students, and possibly administrators, have not taken this responsibility upon themselves.

This is not the first time that hateful, anti-Semitic language or symbols have been found on social media pages of campus organizations or on our school grounds. Our administration’s failure to address these matters has fostered a culture of intolerance and prejudice.

Furthermore, failing to share with the student body the occurrences of these disgraceful acts makes the administration complicit in accepting this hate.

Both the students and administration need to revisit the guidelines of this University and uphold their responsibilities to this campus and to every student who calls it home.

Hayley is a junior in ACES.