Men should be feminists, too 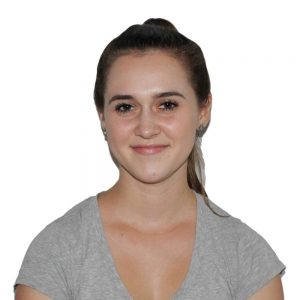 The feminist movement is evolving and doing great things for the equality of genders. It fights for the improvement on reproductive rights, the awareness of domestic violence and sexual assault, equal pay, maternity leave and other aspects of rape culture. However, it has become apparent to me that men feel they cannot identify as a feminist or be a part of the movement.

Many men I have talked to in fraternities do not identify as a feminist because they think it does not affect them or they do not have the right to be a part of it. This notion is misconceived — feminism also strives to include men and level the playing field.

I am in the class CHLH 199B, Campus Acquaintance Rape Education, which prepares students to become FYCARE facilitators by educating them on sexual assault via interactive discussions.

In a class of about 40 students, the majority are female, demonstrating that women seem to be more open to discussing topics of rape culture, sexual assault and domestic violence. Though women dominate the conversation, male voices and opinions are crucial to having a thorough discussion.

We cannot fix gender inequality and rape culture if not everyone is discussing it. In order for this movement to keep growing, everyone needs to be involved and understand that “feminist” is not a negative label.

The label “feminist” can make others think that it only stands for women, specifically straight white women who hate men. This is not the case. The feminist movement is starting to gain more intersectionality and it is not based on man hating.

We need to make sure that all men can be included, regardless of race, culture, sexual orientation or gender identity.

On campus, there are plenty of ways everyone can be involved in this vital movement. For example, the Women’s Resources Center hosts fun workshops and events about a variety of topics. More importantly, it is a confidential resource for students dealing with the emotional or traumatic feelings after experiencing something such as sexual assault. Even though it is called the Women’s Resources Center, it is not just for women. Any gender identity can come to the center and experience or benefit from the services they offer.

You can take the CHLH 199B to become a FYCARE facilitator, but it’s also available to students who are just looking to enhance their knowledge on the topics. It covers topics such as sexual violence, privilege and oppression, racism and more. If any of those topics interest you, take this class and become more aware of the factors contributing to rape culture, and what we can possibly do to change the status quo.

One simple thing everyone can do is become an active bystander. When you hear someone say something that perpetuates rape culture, or see someone in a potentially dangerous situation, become active in preventing it. When you hear someone trivialize rape by saying something like, “Oh, that test just raped me,” call them out and tell them why it is wrong and harmful to use the term rape in a casual context.

When you are out at a bar or party and see someone who is drunk and someone else is trying to take advantage of them, distract the perpetrator or make sure the other person is safe. Become a supporter for survivors of sexual violence, domestic abuse and proponents of equal rights in general.

The feminist movement is not just for women; it is for everyone. We will not be able to have equal rights until everyone is on the same page about gender equality and the culture that endorses sexual violence.

Jaime is a sophomore in LAS.