Dove advertisement another in long line of bad marketing 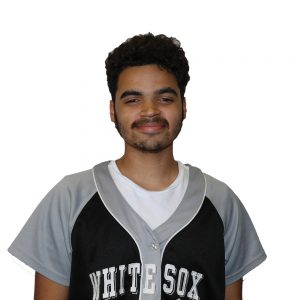 Dove’s vision is as follows: “We are here to help women everywhere develop a positive relationship with the way they look, helping them raise their self-esteem and realise their full potential.” With recent controversy, the efforts behind this statement are being questioned as a three-second ad suggests Dove is not as inclusive as it claims to be.

Dove’s ad features a black woman, wearing a brown shirt, taking her shirt off to reveal a white woman wearing a white shirt, who then disrobes to reveal another woman of color. The ad was perceived as Dove implying that its soap could somehow help “purify” the black woman into becoming white.

There has been increasing public outrage against the ad and the company, whose promotion of self-love over the past years contrasts with the implications of the advertisement. The company has since released a public apology via Twitter, claiming they were “re-evaluating (their) internal process for creating and approving content.”

This isn’t the first time Dove has made one of these “mistakes.” Its “Summer Glow Nourishing Lotion” was marketed in Canada as a moisturizer for “normal to dark skin,” according to Huffington Post Canada, explicitly establishing anyone of darker skin tone as abnormal.

Regardless of the original intentions of this instance or other problematic advertisements, this incident has yet again shined a light on the repeated, and often excused, offenses made within marketing.

Marketing and advertising have always had a dark past of promoting hateful messages. Many print ads during the 20th century featured overtly racist and sexist advertisements to appeal to their major target audience: white men. When something is so prevalent during the formation of an institution, it becomes ingrained into the culture.

Over time, what we’re seeing is the resurfacing of these qualities becoming visible again. These are not simply mistakes that happen every so often.

This new scandal reveals how the American public has, as a culture, expected and excused these hateful messages. They have become normalized and we have become numb. Just months ago, the infamous and trivializing Pepsi ad sparked major controversy for a couple weeks until it died down and people went back to buying Pepsi products.

Even SheaMoisture completely neglected one of its largest populations of consumers, black women, in a tasteless ad that appealed mainly to white women. Both products are still being bought off the shelves.

This continuous back and forth teaches these companies that they can get away with promoting not-so-subtle racism on a public platform with only a slap on the wrist. The only way to subdue this aspect of marketing culture is to make an example out of Pepsi, SheaMoisture or Dove and show that these “mistakes” will not be tolerated.

It is past time that we as consumers make these global companies face the consequences of their actions, whether it be through boycott or by recreating these industries to ensure effective inclusion. We’ve moved past the point of having more diverse groups of people in these positions as a simple solution for these systemic problems. We cannot sit idly by and watch this routine of oppression continue to be normalized.

Isaiah is a sophomore in Media.