Donald Trump has eliminated the norms of the presidency 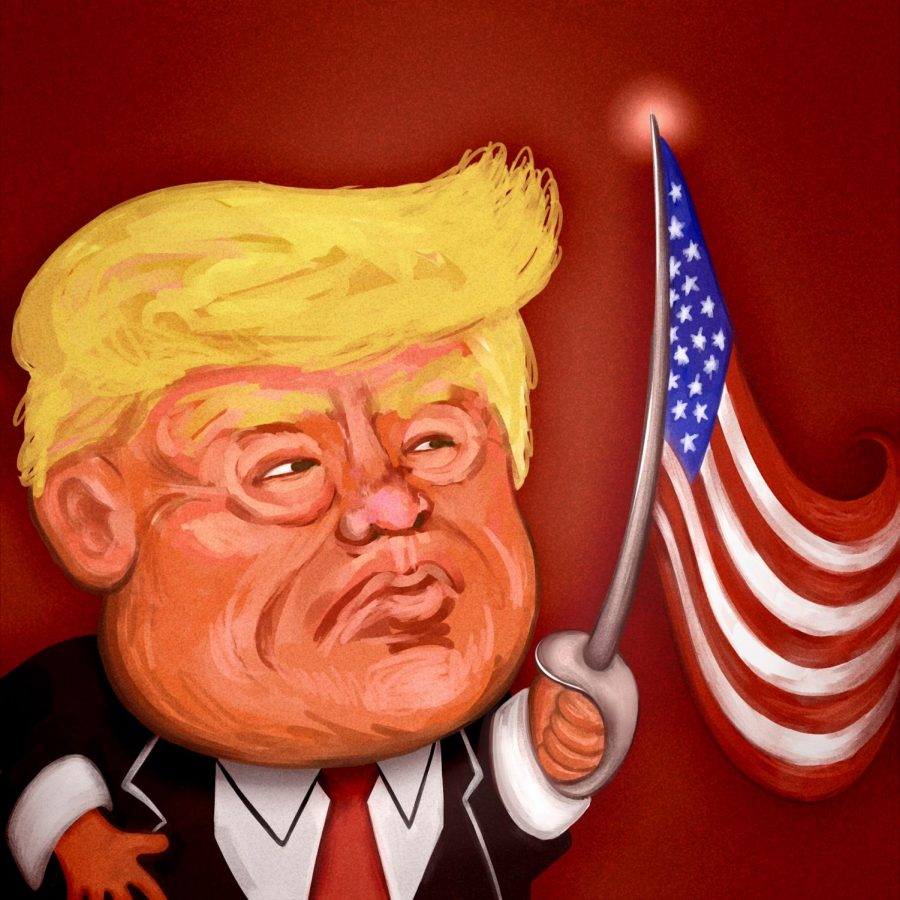 Just a few days ago, President Trump retweeted three videos from the United Kingdom’s far-right “Britain First” organization in an attempt to depict Muslims as a collectively inhuman entity. Clearly, his retweets were just to rally his support base rather than make a serious political statement, but that doesn’t make the action itself less absurd.

Any reasonable individual should recognize that these videos are inappropriate for the President of the United States to be retweeting. But in the age of Trump, the line between what is proper and what is not has all but been erased.

President Trump started off his term with a mere 45 percent approval rating. Since he has not let up on his disingenuous campaign tactics, his approval rating has not changed since June 20 and is 38 percent on average.

How can this be? All rationale says that if a president takes questionable or absurd actions, there should be a steep drop in approval ratings. But if there is one thing to be learned in the last year, it’s that the era of the Trump presidency is void of all rationale.

Until this point in American history, presidents were assumed to act in a certain way in order to portray themselves as an icon for the world stage in the most professional and well spoken manner. President Trump fails to act in this way and instead builds his unwavering support from the growing belief that those conventions of politicians are nothing but masks to hide the sinister “swamp” that is Washington, D.C.

Never before has an individual acted with such questionable and churlish charisma in the Oval Office, especially toward political opponents who he has already defeated or has never run against, but it’s exactly that type of linear thinking that drives his support. His constant push to defy all norms of the presidency and play on the fears and hatred of many Americans is exactly the reason why Trump campaign merchandise is still sold a whole year after the campaign. It’s a message that goes beyond campaigning.

Whether it be regarding Trump’s calling NFL players “sons of bitches” who should be fired, equating wrongness between rallying white supremacists and protesters or childishly insulting a dictator via Twitter, the rationale for unwavering support from his base remains the same. The desire for something “different” and for someone who “tells it like it is” is the meaningless, but often cited, motive for how someone could support such egregious behaviors.

Any traditional presidential administration would have fallen apart, or at least have incurred serious damage, had it performed in the way that Trump has thus far. But because of the unorthodoxy of Trump’s rise to the White House that has lacked consequences for his actions, there’s no need to filter the messages presented in media like the videos. It wouldn’t be politically strategic to abandon the principles that won the office in the first place, right?

News outlets can rave about how Trump’s approval ratings are at historic lows, but if there’s anything to take away from the 2016 election, it’s that Trump’s appeal to his target audience transcends far beyond the polls. Even if it is to be assumed that a 38 percent approval rating is the true proportional support of the population, we should ask ourselves; what does it say about the United States that nearly 40 percent of the population consents to the too-many-to-name unpresidential actions of Trump?

Identifying the mishaps or offenses of the Trump presidency is nothing new to the news media, but as the United States becomes more politically polarized, political gaffes will mean less compared to party loyalty. If there’s one thing to be affirmed from the whole process, it’s that the assumptions of the office of the president will be changed forever going forward.

Austin is a sophomore in Media.