When did pettiness become a good thing? 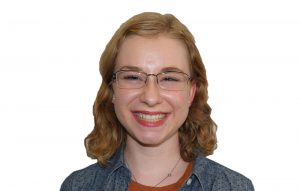 Millennial sense of humor often proves enigmatic and confusing different generations; look no further than the Tide Pod memes for proof of eccentric and occasionally dark things we find comical. At the University, we have our own student Facebook page for University-specific memes, UIUC Memes for Underfunded Teens.

A common question I hear from older individuals, namely my parents, is, “What is a meme, anyway?” I know what a meme is. Yet when asked this question, I am at a loss for words. According to Merriam-Webster, a meme is “an amusing or interesting item (such as a captioned picture or video) or genre of items that is spread widely online especially through social media.”

Although this definition seems to sufficiently describe what a meme is, the concept can still prove rather nebulous for those who lack familiarity with the actual media that creates memes. I think we can all agree, though, that it’s the kind of thing where you know a meme when you see it.

Most memes are quite harmless and provide little more than comic value. Once in awhile, however, there comes a trend that, although funny superficially, actually sends a concerning message. There are the overtly stupid ones, like the Tide Pod eating craze, which will die off soon enough. Other less popular, less talked about memes occasionally seem to have more of an impact than those with high publicity.

My least favorite meme of all time, and I say this with no qualms, is the one concerning the glorification of “pettiness.” Tweets from Chrissy Teigen and bits of media from the Taylor Swift- Kim Kardashian feud circulated the internet, along with images of an unhappy Beyoncé with people attaching captions along the lines of, “This is the level of petty I aspire to be.”

I thought this meme was pretty funny when it came out. I definitely threw a few likes to Teigen’s tweets, not really thinking much of it. Recently, however, I’ve found myself re-examining the school of thought that pettiness is a comical virtue, and I realized the internet generation’s rapidly shifting values have come to promote, or even celebrate, a trait classically considered negative.

It doesn’t matter that this meme is “old” and people don’t use it anymore; despite its absence from the internet, the message sent persists. It encourages people to be upset by small issues and to withhold forgiveness from even close friends for small mistakes they may make.

Socializing has already changed so much from social media. You can see when someone reads your text, with whom they partied last week on Instagram and even where they are on Snap Maps. This change opens up our world, yet it causes more hurt feelings and unhappiness than can be measured.

I would argue that, although a communication tool, your phone can isolate you. The mentalities along the lines of, “they left me on read, so I’m not going to text,” “they took two hours to respond, so I’m going to take four” or “I didn’t like the tone of that text,” don’t get anybody anywhere.

Getting upset about the small stuff mentioned above is the bread and butter of our generation. The petty memes are not a reason for the way we act, but instead a symptom of our actions. The overt statement of the concept, however, only fueled the fire that is Death by Read Receipts (and Snap Maps, Snap Stories, Instagram, Facebook, etc).

As I assume some of you reading this column may identify with the situation I’ve described, I would like to ask a favor of you: Don’t be petty. Don’t count how many empty “sent” arrows you have on Snapchat. Don’t check Snap Maps to check where a certain person or group may be. Don’t decline to text a friend because they left you on read. Use your phone to truly communicate, not to play games.

Enjoy your memes, but maintain the same values with which you were raised. Above all else, remember the golden rule: Treat others as you would like to be treated. Imagine what a place this world could be if we were all nice to each other.