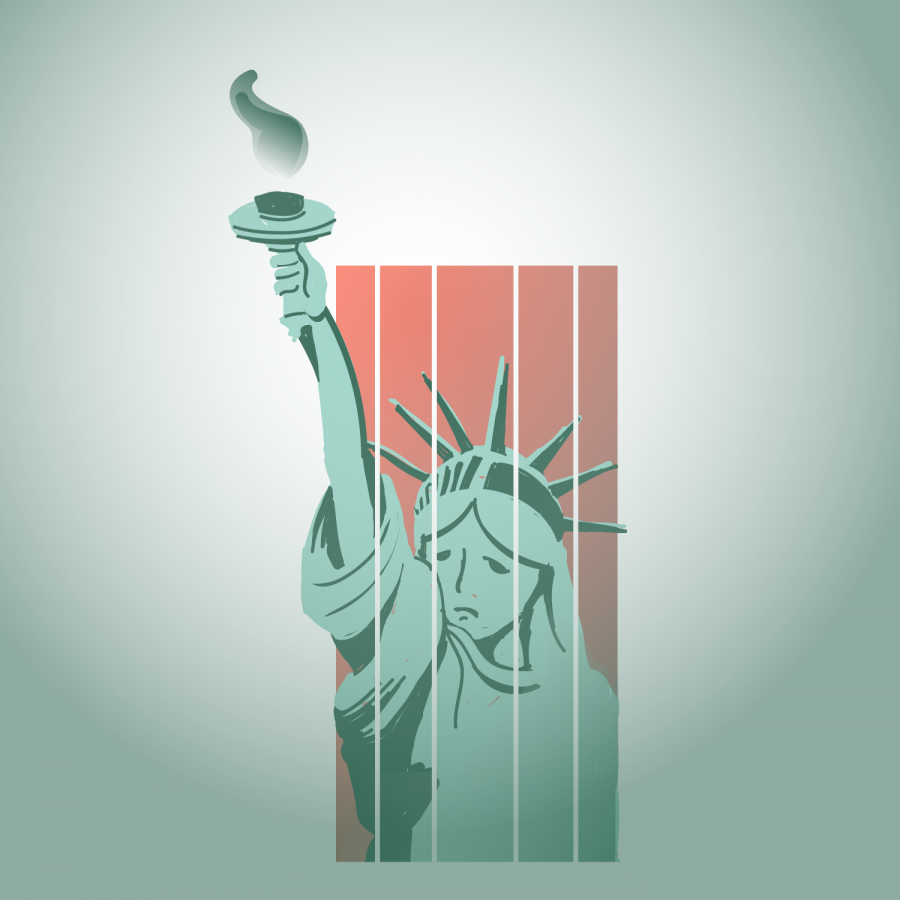 President Donald Trump won the 2016 election on his promise to “Make America Great Again.” One of his most controversial ideas remains building a wall on the southern border of the United States, separating us both physically and metaphorically from Mexico.

He views the completion of this wall as the fulfillment of his campaign vow to crack down on illegal immigration, specifically from our southern Hispanic counterparts. However, the wall is more an emblem of border security than an actual way to stop immigrants from crossing into the country illegally.

Many individuals simply overstay vacation or work visas after they enter the country. This trend has increased dramatically since 2007, and by the latest estimates, 42 percent of undocumented residents are classified as “overstays,” who have vastly outnumbered illegal border crossings in the U.S. in the last decade. Since people on visas technically enter the country legally, a wall certainly will not keep them out, especially since, last time I checked, planes definitely fly over walls.

Thus, the purpose of President Trump’s wall is reduced to a mere symbol; a $21.6 billion symbol. But what does it symbolize? Border security? Rising tensions between nations? Hate?  Intolerance? How about a nation of immigrants barring entry to more immigrants? How’s that for hypocrisy.

And now, on top of all this, Trump ordered the National Guard on Wednesday to begin patrolling the U.S.-Mexico border until the wall’s construction is complete. He has effectively militarized a peaceful border, promoting an image of an America prone to hatred, intolerance and fear toward immigrant groups.

I am not arguing that we should actively allow undocumented immigrants into the nation. I am not even saying we should pardon those living among us now. There is a system in place that individuals can use to gain true and legal status as an American citizen, and everyone should have to follow the same rules for the safety of the nation and its current residents.

However, building a wall and placing soldiers with guns and tanks along the border creates an image of an America that doesn’t want immigrants at all. One that neglects the oppressed and mistreated instead of welcoming them with open arms. One that refuses to grant the basic opportunity and liberty granted to all people at birth. People should not be denied access to the amazing privileges and beauty of the United States, especially not because they were born on the other side of a wall.

Inscribed on the base of the Statue of Liberty, America’s token of freedom and justice, are these words: “Give me your tired, your poor, your huddled masses yearning to breathe free, the wretched refuse of your teeming shore. Send these, the homeless, tempest-tossed, to me, I lift my lamp beside the golden door!”

Is this not an American motto? Were our ancestors not accepted and taken under the wing of the same country in which we now reside? Refusing this same acceptance our ancestors enjoyed to new families cannot be justice. We must realize America is here as a beacon of hope to a dark world full of dictators, war, squalor, hunger and crime.

America is the flame of liberty, supposed to brighten the world. We cannot blame immigrants for desiring the same golden glow within which we live every day. It’s the land of the free and the home of the brave. So why do we fear exteƒnding that freedom to more of those who wish it? A beacon surrounded by walls cannot give off light.

Lucas is a sophomore in LAS.