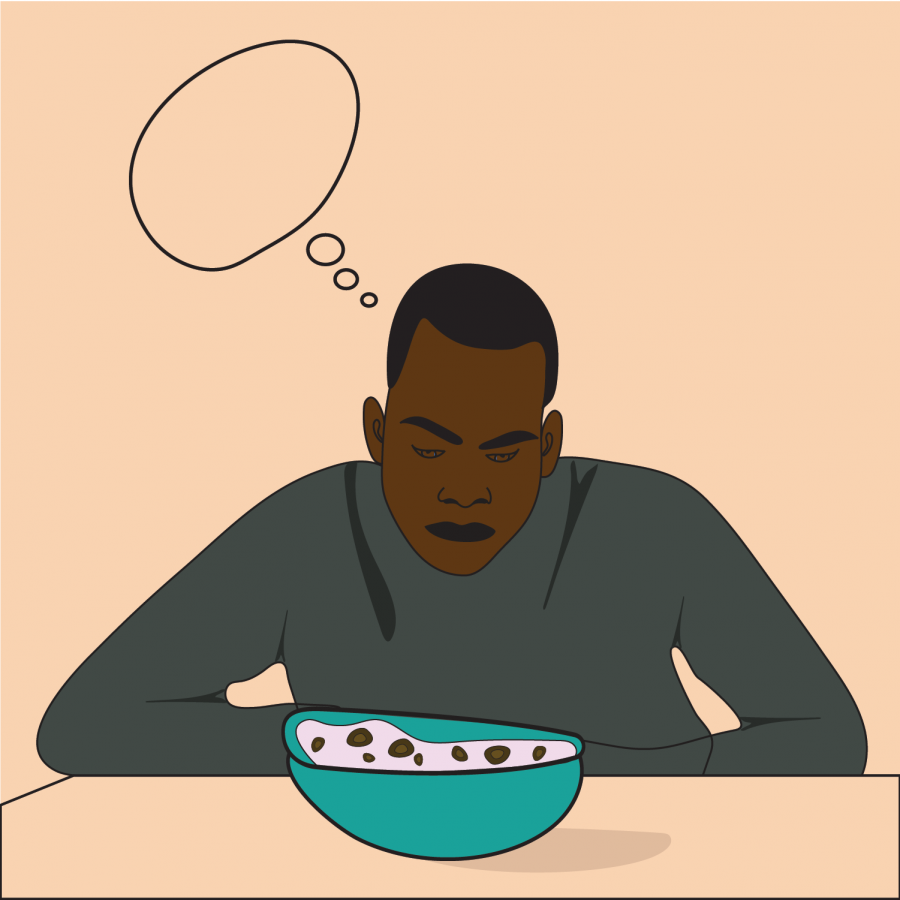 Sometimes, all it takes to clear your head is a handful of almonds. This was the breakfast I had a couple of weeks ago in my dorm, one of the first I’ve had on campus.

With the exception of weekend brunches at the dining halls (shoutout to the breakfast bowl at the SDRP), breakfast was an afterthought to me last year. Back then, I would have marched the twenty-five-minute hike up to the North Quad on an empty stomach if it meant being on time to lecture.

And that’s exactly what I did, in some cases. Along the way, I’d rush into I-57 North to grab a cereal bar to go. If the line at the counter was too long, I’d simply skip it.

I wouldn’t be happy about it, but I wouldn’t really be disheartened either. At that time, I was indifferent toward breakfast. It would have been something like a measly bowl of oatmeal or a yogurt, anyway. Not enough to fill me up, but enough to slow me down.

I knew that lunch and dinner would always be waiting for me when I got back from a busy day. Breakfast, however, was less of a compromise and more of a chore.

Cut to Monday morning, about three weeks ago. I’m in my room, sliding my shoes onto my feet and combing my ruffled hair with my fingers. The walk to class is already on my mind.

My roommate opens a drawer under his bed and pulls a little plastic baggie out, filled with what looks like trail mix. “Help yourself,” he says.

Inside are chopped walnuts, dried grapes, figs and yes, almonds. He brought a healthy amount with him on the plane back from Bangalore, where his mom had packed them. Homemade, you could say.

Yash says that they used to add dried apricots, but ants liked the sugar too much. Still, it’s tasty without it. Nice and chewy. Not too dry.

“Have it with your hands or with a spoon,” he advises. “Either works.”

Hands, I decide. I take a break from tying my shoelaces, lean back into my chair and pour a serving of the snack into my palm.

Yash is right. This stuff is tasty. I’m thinking about more than the taste, though. I’m thinking about when I sat quietly at the kitchen table before leaving early for my high school, slouching over a bowl of cereal and worrying whether my college essays would turn out right.

I’m thinking about that time around dawn, when I felt butterflies in my stomach on the bus and ate some cashews to calm myself down before my cross country meet. I’m thinking about Saturday mornings with my family, when we would make enough waffles to feed an army and laugh about how my brother’s ears would stick out when he flipped the hood of his sweatshirt up.

The breakfast I had on that Monday morning took me back, and I had never even eaten it before.

It was the first time in a while I had paused during the sunrise to think. I guess you can’t really think of anything when you’re hustling to class on an empty stomach — groggy, spaced-out and panicked.

You don’t have to be like me to think you’re too busy for breakfast. In my case, it was the student in me who I was obsessed with, but for many of you, that restlessness might sprout from your inner athlete, musician, actor or volunteer.

Whatever you care about, go for it. Do me a favor, though: think of the person in you first.

I wish I could talk more intelligently about the nutrition that breakfast offers, but to be honest, I’m not too caught up with how the meal promotes physical health. It’s about mental health, emotional health. Breakfast shouldn’t be considered the jolt of energy that fuels you through your manic schedule, but rather a respite from it.

If you ask me, breakfast doesn’t seem that small anymore.