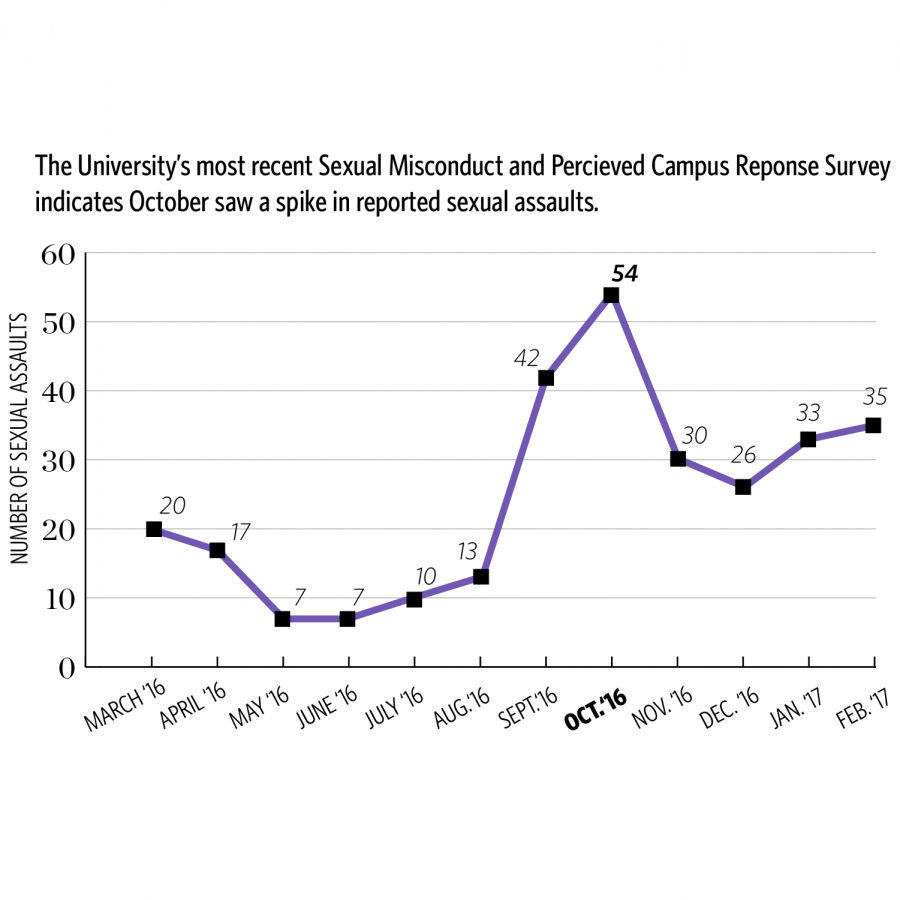 Source: Office of the Provost

By The Daily Illini Editorial Board
October 4, 2018

Sometimes, we see things we don’t want to see on this campus. We can be out with a group of co-workers or walking home late from the library when we witness the early stages of what could be a young man or woman turned into a victim of sexual assault.

The topic of discussing sexual assault is one that has been well-publicized and well-documented, leading to the downfall of powerful men in high-profile industries.

It took bravery and immense courage of survivors all over the country for this topic to surface with such cultural relevance and intensity.

But even still, the vast majority of assault cases remain unreported out of fear of unjust consequence or re-lived trauma. There must be something we can do to help prevent this from being so prominent in this campus culture.

According to the 2017 Sexual Misconduct and Perceived Campus Response Survey, there was a heightened period of risk during the first months of the 2016-2017 school year, with October having the highest number of reported assaults.

The Daily Illini Editorial Board calls for a change in the way students, bartenders, doormen and bystanders in general react to witnessing inappropriate or dangerous behaviors.

We want to make it clear that should you see a situation you know in your gut to be wrong, you intervene. You find water for the young man who drank too much. You interject when the young woman is being pulled from the bar by anybody who isn’t her friend. You call an ambulance when someone is approaching unconsciousness.

Last year, 115 assaults were reported on campus by CU-Citizen Access. For this campus to feel safer to those victims, to the countless victims before them and to incoming students, bystanders need to stand up when they see concerning scenarios.

We can all do our part to help prevent sexual assault on campus by calling it out as we notice the warning signs.

Bartenders, bouncers and other nightlife employees can act as some of the biggest contributors to this effort. They have a responsibility to step in when they see problematic interactions between bar patrons. Bouncers need to understand the line between students letting off steam and women being preyed upon by potential assailants.

Campus bars have nothing to lose by cracking down on the interactions they see. Bartenders, servers, bouncers and any other employees can play a great role in assault prevention.

The Daily Illini Editorial Board thinks these enforcements can only lead to increased trust in students, knowing they will not be another victim statistic at the end of the night. We encourage you to never be a complacent bystander.