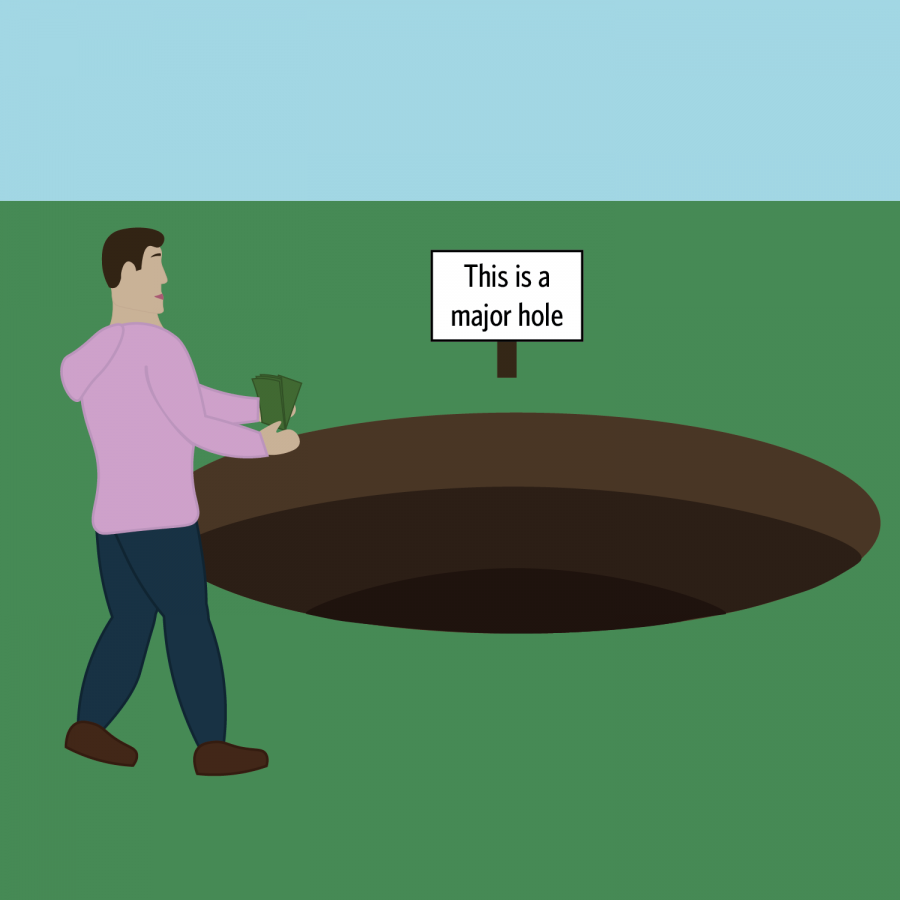 For the small investment of about $40,000, students at the University should be given the freedom to explore whatever learning pursuits they wish. One may think this would be the case, but once the University has you pigeon-holed into a specific plan of study, the price tag on educational freedom loses its value.

Admittedly, because universities are the only places to pursue proper higher education, the price tag is warranted. The opportunities are endless for those who see the 165 different majors and lick their chops at the proposition of diversified learning. For many, value is boosted beyond the classes; these lively towns offer experiences for those who swap studying for the keg (but don’t worry, those folks won’t need to shell out the $40,000 much longer).

However, written in the fine print are each school’s parameters of what they allow people to learn, even though students and parents are the ones penning the checks. Students should be allowed to enjoy deeper learning in colleges outside of what the University assigns to them. The different colleges should act more like members of the same university, rather than limit students to a major and its requirements.

Yes, it is senseless to argue majors aren’t important or students should be allowed to pick their classes randomly while ignoring any requirements for a degree. However, in retrospect, the best periods of learning and development arose when people didn’t limit their educational scope.

Take the Renaissance, for example. It was the premier age of some of the most intelligent thinkers in human history. They literally did everything except specialize.

Studies have shown that young people of high intellect (such as college students at prestigious universities like this one) tend to struggle with choosing what exactly they want to dedicate their life to. Due to their inclination to learn about a variety of topics because of their wide skill set of talents, it becomes difficult to adhere to constrictive rules.

The University makes it hardly possible to promote the chance of learning beyond what students arbitrarily pick as their majors or minors. It prides itself on teaching students to live a life of knowledge, but disallows certain classes and opportunities simply because they “violate” what a student should be learning. Why constrict learning when it’s the sole purpose of the organization prides?

The problem perpetuates itself when a student decides their current plan of study is not for them. For example, if a student in the College of Education wants to try out a finance course to understand said career, they won’t be able to because it doesn’t satisfy the requirements made by the Gies College of Business.

This college segregation is at the heart of all problems regarding students inability to diversify their learning. Colleges place themselves on pedestals and forbid outsiders from enrolling in classes besides the measly prerequisites that shine a dull light on a career’s reality.

The argument against this is always the classic: “Well, join an RSO and experience it for yourself.” However, the only RSOs to find a proper platform for learning the material on a semi-professional level have limited space for students and hardly ever accept people beyond the preferred major for the organization.

And why should they? That should be the University’s job: adhering to what students want to learn. Once again, students are the ones stuffing the deep pockets of the University.

Furthermore, for no-cut RSOs, we arrive at the same issue as the prerequisite courses: They don’t tell the whole story of the career.

The University’s process of reducing people to numbers and majors begins as soon as students apply. Students arrive at a crucial life intersection and must choose from dozens of different career paths. And, because modern colleges expect students to know precisely what path will lead to lifelong prosperity, they do nothing to cater to those who may make the preposterous decision to change their minds.

Modern colleges promote adhering to the constraints of a major as if it is a prison cell for an innocent person. If, at some point, a student decides they are unhappy with their sentencing, it could take months of appealing to the administration to be given the verdict that allows them educational freedom.

Forty grand to be contained by a five-letter word: major. What a bargain.

Correction: A previous version of this article incorrectly states Gies College of Business’ undergraduate program ranking as No. 48, when it is in fact No. 18, according to US News & World Report. The Daily Illini regrets this error.