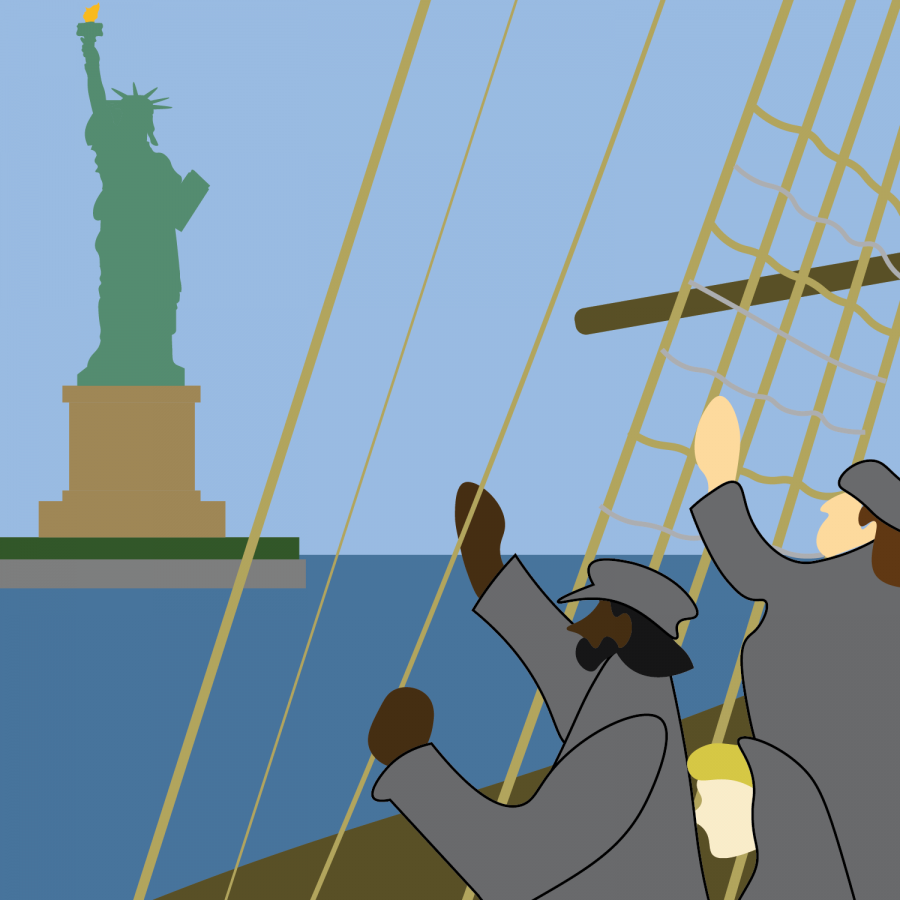 It’s fair to say the cultural makeup of America today is not what our Founding Fathers first envisioned, and that’s a good thing. Our nation has evolved into a diverse homeland that embraces individual differences, and even celebrates a multitude of cultures. Recently, President Trump made a comment that threatens this diverse freedom of America when he addressed the birthright citizenship element of the 14th Amendment and his hope of repealing it.

The gravity of such an act cannot be overlooked. Trump is not just violating the integrity of what our country stands for, but also calling into question what it means to be American. He is centering the narrative around building, or rebuilding, rather, an America that is more white, more male and more Christian.

Immigration isn’t a new concept in America. According to history.com, “Some 600,000 Italians migrated to America, and by 1920 more than 4 million had entered the United States.” Italian immigrants often “toiled in steel mills and coal mines as ‘pick and shovel’ day laborers,” contributing to the booming industrial economy,  according to a 2015 article on The Washington Post.

Nevermind the millions of Italian, German and Polish workers who labored away in factories during the Industrial Revolution. Forget about the Chinese and Irish immigrants who built the transcontinental railroad to transport goods and services.

That was how immigrants contributed to building our nation in the past. Today, “72.5 percent of immigrants believe hard work is how you succeed in America and are responsible for half of the total U.S. labor force growth over the last decade.” In 2010, “more than 40 percent of Fortune 500 companies were founded by immigrants and their children.” In 2016, “immigrants added an estimated $2 trillion to the U.S. GDP.”

To deny citizenship to the children of these hardworking individuals who have devoted so much to the welfare of this nation is grossly unjust. It speaks volumes about the apathy a country displays toward a group of people fighting to make sure the country prospers and thrives.

To deny the country’s citizens of diversity of thought in favor of a more homogeneous population does us all a great disservice. The identity of this country revolves around open discussion and freedom of intellect. This would be virtually ineffective in a republic that restricts being American to certain guidelines.

To suddenly turn our backs and declare children of immigrants unfit to be considered American is a rude slap in the face to individuals who only yearn to share in the struggles and defeats, joys and triumphs, as everyone else.

At its heart, being American doesn’t signify any one thing, or any one individual; it’s in every individual working toward ensuring our greatest days are yet to come.

With increased border security and Trump’s new declaration of repealing birthright citizenship, the political agenda against immigrants mounts higher and higher. But we are a country of immigrants of the past and present, a fact never to be forgotten, always to be remembered.