Look to philosophy to help with stress 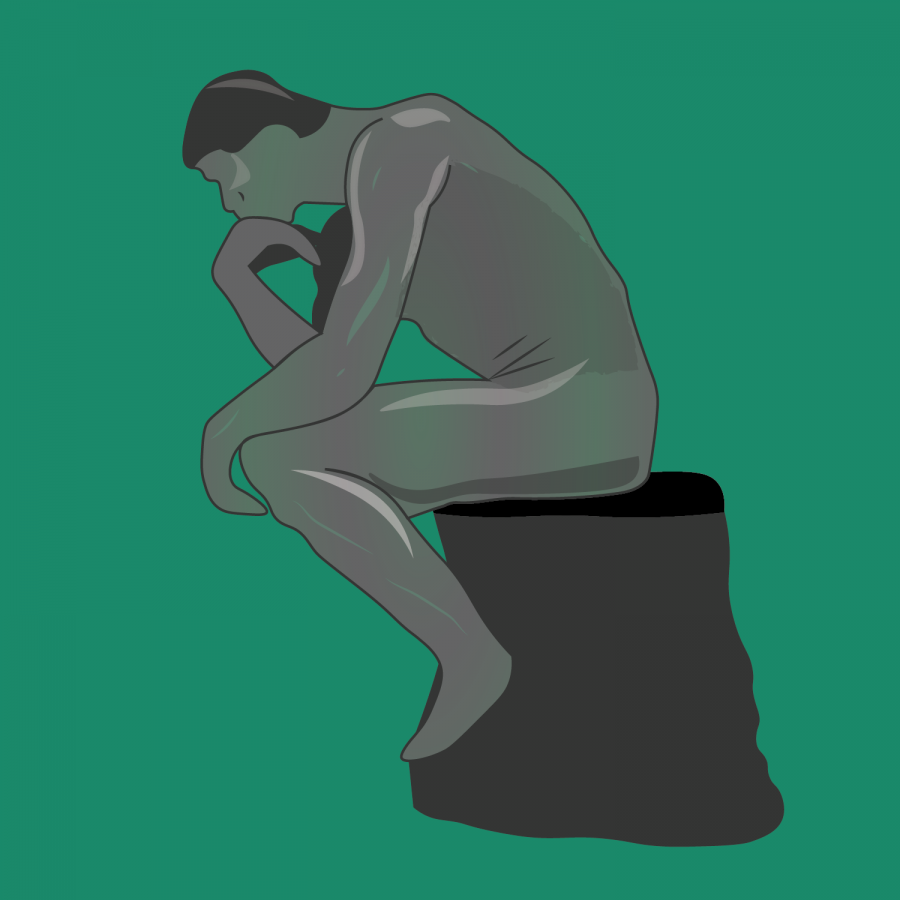 Most people don’t believe philosophy has much to offer them; perhaps this is why it’s one of the least pursued majors.

I first want to get some of the common stereotypes of philosophy out of the way. Ask the average person, “What is philosophy?” and you’re most likely to hear something along the lines of “the opinions of very opinionated people who like to offer and argue their opinions on everything, even about silly stuff like ‘Is my hand really my hand?’ or ‘Do trees have dreams?’”

The alternative and more “refined” response is “what depressed existentialists discuss between cigarette drags outside French cafes.”

I call these perspectives “pop philosophy” and add them to the list of all the other “pops” that are so prominent in American culture in particular: pop music, pop psychology, pop religion, pop art (not the movement), pop politics (not populism) — all the things that make up pop culture.

I like to think of these pops like the beverage pop (soda). It might be temporarily satisfying but is ultimately a very unhealthy product that lacks any positive nutritional value. We also get sick if we have too much of any pop.

So let’s do what education is intended to do: overcome disillusionment and stereotypes.

Then what is philosophy? And how can it help with things like anxiety and depression?

Philosophy comes from the Greek word “philosophia,” which means love of wisdom. When done well, this is precisely what philosophy is.

Wisdom varies for various people — I’m not going to pretend that the affect of philosophy on one person is the same for another. But philosophy does cultivate a trait that is beneficial for everyone: perspective.

Not only does philosophy enhance one’s own perspective, but it trains you to view your perspective against a long list of competing perspectives, both historic and contemporary. I have found the history of philosophy to be invaluable in helping me to see multiple sides of an issue, whether a personal issue or issues of public policy.

Often, I think a lot of anxious and depressive symptoms occur when we think about personal or societal problems from within a narrow perspective. Not being able to solve or understand these problems from our own perspective naturally creates tension.

Learning this is a natural and timeless struggle with many different philosophies and religions, and looking to ease such tensions is one step to building your perspective: It reminds you that you’re not alone.

I acknowledge that gaining perspective is often difficult and time-consuming; our hyper-connected, media-saturated, fast-paced lives discourage serious reflection, so I understand why we turn to quick fixes or reductive explanations of our society’s problems; we all do this is some fashion.

Yet this results in feeling increasingly worse the longer we ignore the fact that our perspective needs to evolve — or worse, we begin to believe that there is something wrong with us because the quick fixes aren’t having a lasting effect.

Philosophy is no quick fix; it infinitely enriches one’s conceptions while providing robust defensive tools against anxiety and depression.

I’m not saying that you should switch your major to philosophy — I’m not a philosophy major — as only you can decide what’s best for you.

But if you feel like something is missing from our modern majors for our modern world, it might just be some philosophical perspective. For non-philosophers, philosophy is a great hobby.

Simply knowing where to begin and taking baby steps is a great way to start enriching your perspective.

Some may need to start with mindfulness if they are looking to improve their awareness and concentration while reducing stress; others may begin with Buddhist philosophy if the concept of suffering occupies their thoughts.

Others will benefit from understanding Romanticism or Postmodernism if they want to understand modern art or know the history of concepts like post-truth.

If you feel misunderstood and like politicians are self-serving, start with Plato’s short account of Socrates’ trial.

Maybe learning about Taoist principles for the modern world will speak most to you; the list of philosophical topics is massive, and I have only begun to understand a small amount of it. The only place I would say is not the best place to start is existentialism; this is for advanced students only.

Matt is a junior in Media.