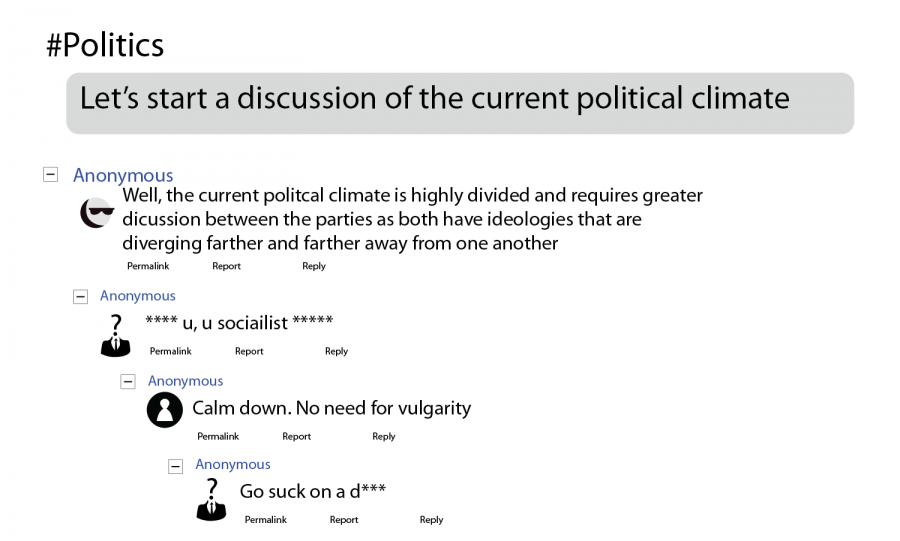 According to the Pew Research Center, two-thirds of Americans reported they received a portion of their news from social media. While this statistic is suggestive of where younger people are headed as consumers and of how media outlets ought to strategize, it also has implications for how people ought to behave in the democratic process.

Democracies function sub-optimally when people or certain demographics do not vote. Consider the Voting Rights Act of 1965, which was designed so the electorate makeup would be more representative of all Americans; democracies can only be run by the people, through people.

Additionally, the electorate must be well informed, which means news consumption to form an opinion is a crucial part of the democratic process. If most citizens today, specifically college students, consume news from social media sources, then citizens ought to know the best way to vet their social media consumption and civil discourse.

One would assume reading the news online is identical to reading a physical newspaper; however, notable distinctions arise.  Media consumption from a newspaper, a TV program or a radio segment lacks a specific platform for discourse, which forces people to discuss face-to-face, while online mediums allow for an immediate, direct and impersonal platform of engagement. Thus, one can intuitively conclude face-to-face discourse is incredibly different from online discourse.

Is one form of consumption better than the other? Consider how one receives their news in the first place. Facebook algorithms and our own social media habits tend to put us in echo chambers where we are less likely to confront ideas that differ from our own. This gives a false perception of reality where we are more likely to fail to consider the validity of other views. A way to understand this is to consider the overwhelmingly liberal majority at the University, which makes it difficult to sympathize with conservative ideology.

Still, people can conduct their own biased media selection in real life when they choose who their friends are and what they watch on TV. However, generally, social media news consumption creates a stronger propensity for echo chamber consumption.

Most people understand the futility of engaging in online debate. Rarely are people trying to learn, as they are more likely to see themselves in a teaching position. It is much easier to treat others with a lack of humanity online, which has been made evident in the wake of cyberbullying. Face-to-face conversation forces one to treat others with a certain amount of class and finesse. It does not limit a person to text but also brings in facial expression, tone and volume.

There are certainly exceptions to both platforms, however. Online discussion sections for classes are moderated by class instructors and there are sometimes requirements for citing sources before contributing. Also, it’s important to keep in mind there are also unreasonable people to be encountered in real life. Failed civil discourse is ultimately a byproduct of either insecurity, miscommunication or misinformation.

Consider lastly how difficult it is to change people’s minds when all is said and done. People tend to vote against their policy preferences because they are misinformed. When people receive more information, they are also unlikely to change voting behavior because they consume information that confirms their own biases. The way the average citizen consumes information is fundamentally flawed. The best thing for individuals to make informed decisions is to approach any discussion or media platform with a learning mindset.

David is a junior in LAS.