Self-care just as important as academics 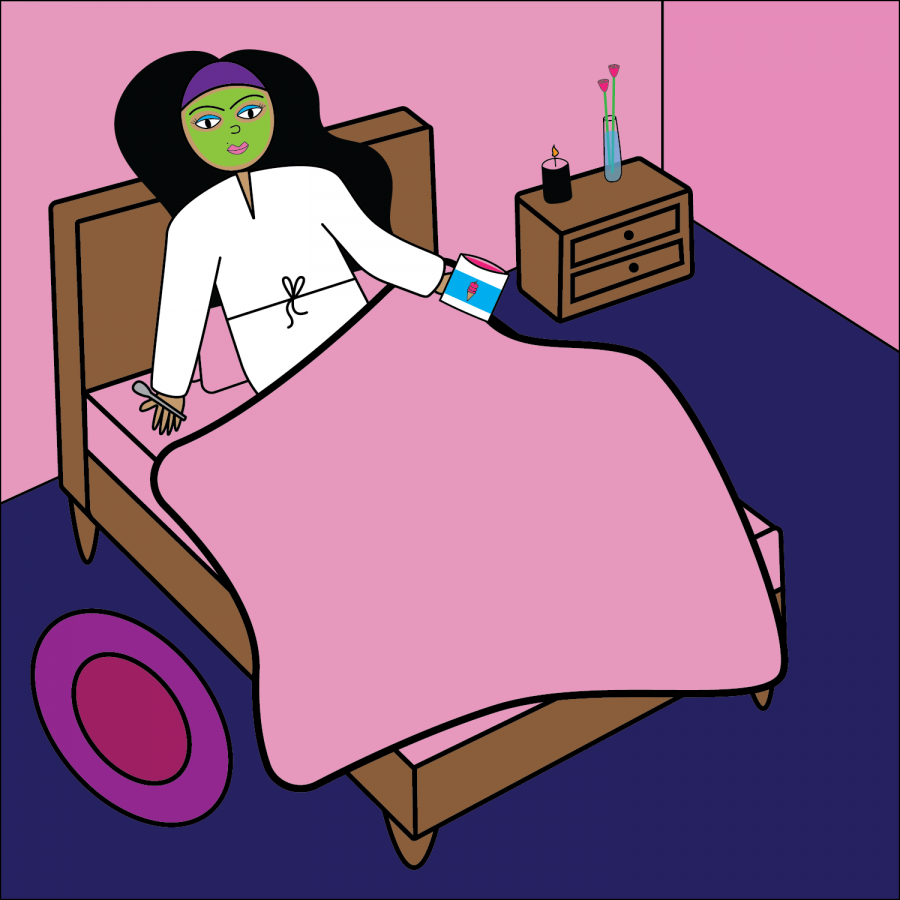 I remember feeling like that overused Pikachu meme after my friend complained to me about her final semester of college being rough—–she had a lot on her plate and she was upset she’d have to spend this semester “studying on the weekends.” I calmly replied, telling her to take it one step at a time to avoid overwhelming herself—the standard “you got this!” jargon—albeit my head wanting to tell her how lucky she was.

Throughout my undergraduate career, it has been extremely difficult to give up an entire weekend for out of school activities. No matter what, some portion of the weekend will require me to take out my laptop or pen to attend to upcoming deadlines.

Despite a lightened courseload this semester, past semesters have brainwashed me into feeling guilty for not spending my free time being productive. This cycle causes endless guilt when I end up binge watching a few episodes of “Queer Eye” on Netflix or accidentally spend three hours on the New York Times Crossword puzzle app.

I am aware of how unhealthy that sounds, and I intend to break out of this cycle. In fact, it took a lot of self-convincing to take an art class instead of another technical elective this semester. Initially, I viewed this as baby steps in stepping out of this vicious cycle, but I now realize the bigger problem lies therein that I only allowed myself to paint under the pretense I would be getting a grade for showing up and producing work. Had I not signed up for the class, I would find excuses such as being “too busy” to paint for fun, which I have found to be therapeutic.

As someone who often justifies drinking a little too much bubble tea with “treating yourself,” it is odd that I tend to push real self-care to the back burner. I cross out line after line on my to-do list each day, leaving me feeling burnt out at the end of an exhausting week. Even if I take the time to recharge, I end up feeling guilty doing so.

Much like the phenomenon of being “hangry,” allowing this cycle to repeat itself without properly addressing it has led to a plethora of negative symptoms. The stress and anxiety I accumulate from each episode often lead to moodiness, wherein half of me wants to angrily rant about all my problems to people, while the other half wants nothing to do with other human beings.

For five semesters in a row, my friends have raved to me about fun weekends of outdoor climbing.  And, for five semesters in a row, I’ve used the same excuse of being “too busy.” I highly doubt I will look back and relish the fact I spent multiple Saturdays completing problem sets, just so I could get a good night’s sleep, as opposed to taking just one or two weekends off to rock climb outdoors on one of the few sunny days in February.

I seem to have underestimated my ability to make time for things I truly enjoy and for memories I’d like to have etched in my head way past college. I suppose it isn’t too late; I am slowly opening up to the idea of spending an hour or so on yoga when my back starts to ache from improper study posture and planning weekly viewing parties of “The Bachelor” with friends.

If you’re in the same boat, I would like to reiterate that your sanity, mental and physical health and overall happiness matters. Volunteer at that animal shelter you said you’d go to two semesters ago! Join the rowing team! Go on that weekend road trip!  You’d be amazed by the focus and attention your homework will receive upon your return.

Finished all your homework? Get some ice cream and put on a sheet mask while you watch Tan France solve life’s problems with a “French Tuck.”

Drake said it best: “Cause everybody dies, but not everybody lives.”

Kimberly is a junior in Engineering.