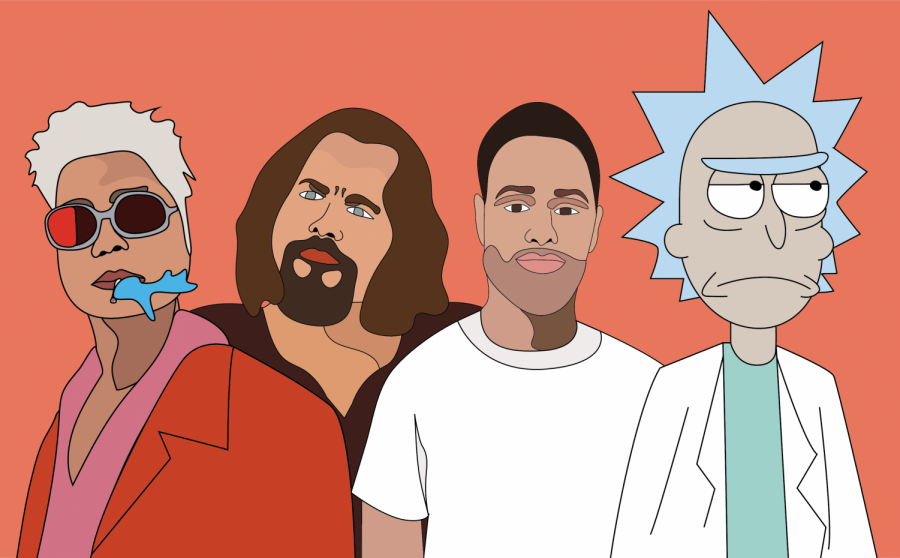 In 1955, James Dean played the hunky disillusioned teenager, Jim Stark, in the cult classic “Rebel Without A Cause.” The movie ends with his close friend, Plato, being killed after a shootout with the Los Angeles Police Department, but the drama is softened by Stark and his father resolving their issues while also being introduced to his girlfriend, and fellow delinquent, Judy.

At the time, viewers felt the film captured the zeitgeist of the times by accurately portraying the disillusionment felt by a generation of teenagers in the post-World War II years. Watching it today, however, the movie comes off as over dramatic, and the conclusion as a melquetose attempt to give the audience a cheery ending.

Jim Stark was a classic transgressive anti-hero: he bravely fights his parents, the police and even common sense by playing a “chicken run,” which almost leads to his death. Compared to some of today’s anti heroes, however, he is quite tame.

Take for example the title character Rick Sanchez from the hugely popular show “Rick and Morty.” Rick is an avowed atheist and implied alcoholic. His popular catchphrase “wubba lubba dub dub” is almost always said with ironic glee, but is revealed to mean “I am in great pain, please help me” in an alien language. The show rarely has happy endings.

Or, even darker, the dual personality anti-hero of “Fight Club.” His most powerful line, “We’re the middle children of history, man. No purpose or place. We have no Great War. No Great Depression. Our Great War’s a spiritual war… We’ve all been raised on television to believe that one day we’d all be millionaires, and movie gods, and rock stars. But we won’t. And we’re slowly learning that fact. And we’re very, very pissed off” encapsulates our generation’s nihilism succinctly. This movie ends with the narrator launching what is essentially a violent revolution.

“Fight Club,” like its predecessor “Rebel Without a Cause,” shares two key things despite the former’s much darker tone and sense of humor. Both are melodramatic and both have served as cultural icons to millions of young Americans. The fact that the youth of today, however, did not look for a happy ending but ultimately an endorsement of nihilism and rage against society, should speak to our outlook on life.

Similar existentialist ideas can be found in other popular comedic works such as “Bojack Horseman.” The underlying theme is that life is cyclical and there is no such thing as completion or happy endings, instead there is only Sisyphean struggle. This can also be found in works by the Coen Brothers whose central motif is that life is a random, unpredictable and usually unchangeable. The duo is still popular with young people: “The Big Lebowski” and “No Country for Old Men” are back on Netflix as well as a newly commissioned Netflix-only special called “The Ballad of Buster Scruggs,” a comedy about how brutal and nonsensical life was in the wild west.

This nihilism is also disseminated through the jokes we tell each other. As I write this, the front page of r/dankmemes, a subreddit with 1.8 million subscribers, mostly millennials and Generation Z-ers, features a meme about an implicitly pro-life baby boomer debating a millennial who is saying that they actually wish to have been aborted, a pasta chief shooting himself in the head because no one is celebrating “National Pizza Day” with the caption “pasta la vista,” and another meme joking about how the children born to followers of the modern pseudoscience trend, the anti-vaccination movement, usually die.

Pete Davidson, the millennial comic on “Saturday Night Live” who has quickly risen to fame, is likely so popular because his humor speaks for his generation. Davidson has suffered a lot throughout his life: his father died during the 9/11 terrorist attacks, he suffers from borderline personality disorder and despite all this, he is a comedian.

This dark past has influenced his humor in a way that has made him an even more effective comedian to represent his generation. During the roast of pop-star Justin Bieber he quipped that, after meeting Bieber’s father who is known for his childish antics and demeanor, he was made okay with his own father’s tragic death. He later went on to comment that Kevin Hart and Snoop Dogg’s movie “Soul Plane” was the worst experience with planes in his life.

After an Instagram post that many took to be a suicide scare, the actor went on S. N. L. and made what appeared to be an impromptu joke that the post was created after seeing fellow comedian John Mulaney’s domesticated life. While incredibly dark, the joke landed garnering audience laughs.

Even in high school we thought it was darkly funny to tell each other to “K.Y.S.” (which stood for “kill yourself”) when one of us messed up or even just made a bad joke. Despite our generation’s reputation for being easily offended and overly sensitive regarding comedy, there is a silent majority whose taste in humor is politically unaligned, transgressive and will easily joke about race, sex and, as shown before, death.

Generally nihilism is regarded as a bad thing but there is, ironically, a bright side to it. We are waking up to our own misery. Our ironic nihilism is a product of our environment. We were born in the shadow of 9/11, grew up in a recession and have come to age knowing our political system is insane. We also are carrying loads of college debt for a degree in which we’ve been told we need to get a job, all while under the looming thought that we might all burn up because of climate change. While our parents firmly believed that America was the dominant global power, the rise of China seems to be eclipsing us. Humor is our coping mechanism. What many people of the older generations take to be glib irreverence is just a way of processing an incomprehensible world.

Since 1973, there has been a growing gap between productivity and wages. In layman’s terms, people are working harder, but their paychecks are not reflecting it. On top of that, more and more people no longer view their jobs as giving them a sense of identity, but simply something that they do to make money. When people in the private sector were asked whether their job gave them a purpose or was just a source of income, the majority replied income.

Additionally, the younger generation is particularly hopeless socially, we have less friends and less sex than previous generations. Someone might argue that those statistics are our own fault, but millions of rational people do not make the same choice for no reason — material and societal structures push people’s actions.

Another reason for our nihilistic outlook is that people need a way to identify themselves. Essentially if someone asks you who you are, people will list a series of socially created groups which they believe themselves to be a part of. For example: American, Christian, University student, etc. Your identity is basically whatever nonsense you put in your Instagram bio.

However, most people are giving up on the usual groups. As stated before, young people are less likely to view work as a sense of purpose or identity. We’re also going through a massive decline in church attendance and religious belief. After it was revealed in the 1980’s that most of the major televangelists were fraudsters who were more likely to be found with a prostitute than in a soup kitchen, and that the Catholic Church has been elaborately covering up serial pedophiles for years, it is not hard to imagine why young people view the church with cynicism..

In the U.S., people are less likely to say that they are proud of their country than ever before. This is not about people standing up and putting their hand on their heart during the Pledge of Allegiance, but rather about how people see themselves in the world. This lack of pride means people are less eager to say “Yes, I am an American.”

I believe that this is one of the many complicated reasons why we are seeing a rise in identity politics and white nationalism. While I am not at all saying that these two are morally equivalent, neither group identifies with the old markers such as their nation or religion. Their created groups are bounded in terms of race and sexuality. White nationalists hate America for being a neoliberal melting pot, while the champions of identity politics see the American social structure as oppressive, and neither group is particularly religious.

The political theorist Antonio Gramsci once said, “The crisis consists precisely in the fact that the old is dying and the new cannot be born; in this interregnum a great variety of morbid symptoms appear.” We are living in that interregnum and the nihilism that is going mainstream in youth culture is its result. Which is precisely why that nihilism is healthy, it is an honest and often darkly funny analysis of modern life. Ironic nihilism embraces hopelessness with humor instead of trying to cover it up. Recognizing that a problem exists is the first step to solving it. Ideally, if Gramsci was right, by working through our difficult times the new can be born.