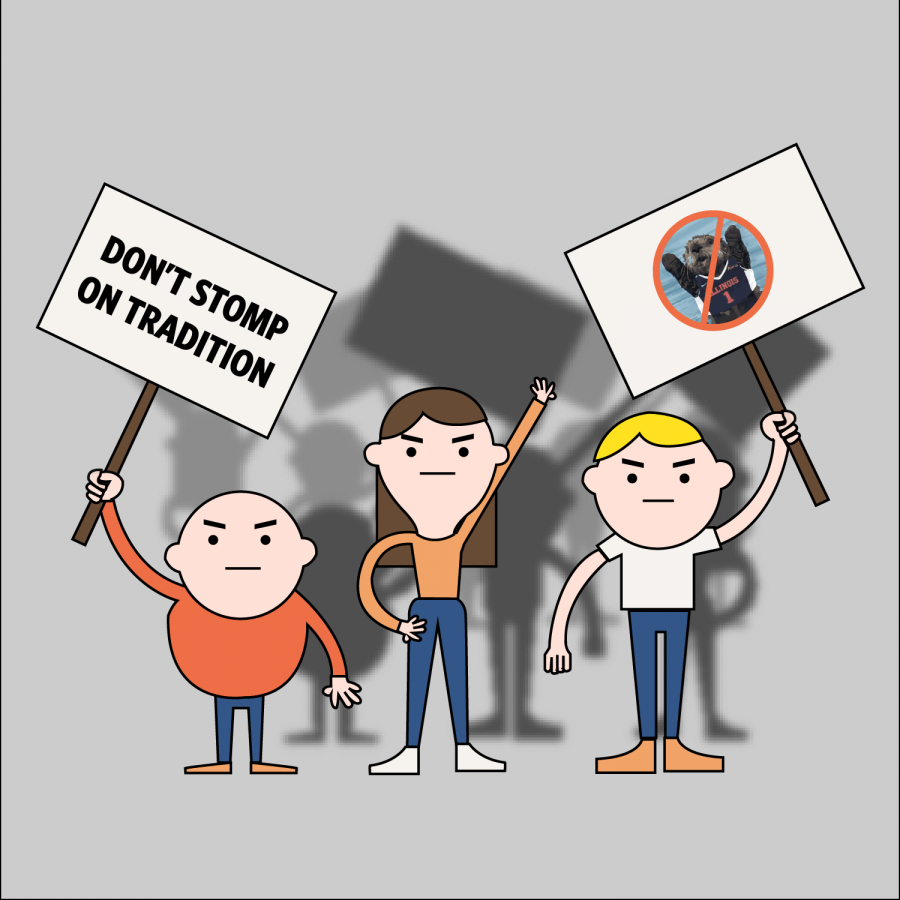 For years, groups fighting for change — from issues as localized as desiring a new mascot for a university to national debates on topics like increasing gun control — have faced sneering opposition from those more entrenched in the current, traditional ways.

Commonly, those against change present arguments like, “Well, if you want ‘X,’ you should go somewhere else. This is how we do it here,” or, even less solidly, “This is the way it’s always been done; this is how our ancestors did it, so this is how we’ll do it. We will not stomp on tradition by changing it.”

Neither of these arguments has any actual merit. These are not valid reasons to avoid change.

The first assertion is simply ridiculous. If everyone who wanted change followed this advice and simply left the country every time they had a new idea, we would all be sitting in caves, naked, munching on dirt and grass. Progress would never happen.

The second claim is even more problematic. Simply because something has always been done a certain way does not mean it is the “right” way. It does not mean there is no room for improvement.

For centuries, people thought owning fellow human beings was acceptable. The practice was commonplace — nearly universal — for a long time. If opponents of slavery had allowed themselves to be quieted by the prospect of “stomping on tradition,” many people would still find themselves in chains as the property of another.

More often than not, the idea of change is good.

Most of us have the privilege of not having to do these tasks because of the progress change brings with it. We have learned to work together to allow ourselves more time for leisure and learning, all through change.

To be clear: Not all change is good change. Some of it can be detrimental, backwards, counterproductive. But, even in these cases, it should never be dismissed for reasons of tradition or for a desire to keep things the same forever.

By all means, keep arguing against change. Keep fighting progress leading the world in directions contrary to your beliefs, but do not hide behind baseless blanket statements painting change itself as evil. Find legitimate flaws in the proposed plans and real reasons why something should stay the same. Stop fighting change for the wrong reasons.